The heart of Tennessee

Business View Magazine interviews Bill Ketron, the Mayor of Rutherford County, as part of our focus on best practices of American municipalities.

Rutherford County, population 360,000, is located in the geographic center of the State of Tennessee. It was formed in 1803, and named in honor of Griffith Rutherford, a North Carolina colonial legislator and American Revolutionary War general, who settled in Middle Tennessee after the Revolution. During the Civil War, the county’s location between Nashville and Chattanooga made it a hotly contested area; in fact, it was the site of one of the war’s bloodiest conflicts, the Battle of Stones River. 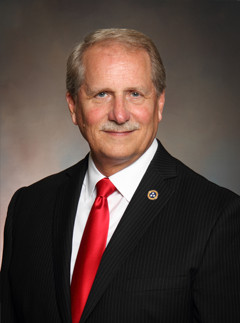 Originally, an agricultural region, today, Rutherford County hosts a diverse array of manufacturing enterprises, with a large number of automobile plants dotting the region. Nissan, alone, has over 8,000 employees; Bridgestone/Firestone has 1,000; plus there are many other smaller companies that supply the auto industry. And Bill Ketron, the Mayor of Rutherford County, would like to see the auto industry expand even more. “We have a General Motors plant 45 minutes from here down in Springhill, Tennessee, and we have Volkswagen in Chattanooga,” he says. “GM announced that they’re letting a lot of people go in some of their plants, but I’ve been working with General Motors and Nissan and we want Middle Tennessee to be the autonomous vehicle capital and the first to bring this new technology to the automobile industry.”

In addition to its automobile companies, other large area employers include: Ingram Content Group with 2,000 workers; National Healthcare Corporation, with another 2,000; Rutherford County Government and School System, which employs 6,000; Middle Tennessee State University, with the largest undergraduate population in the state, has 2,200 workers; and 1,500 people work at the Amazon Fulfillment Center in Murfreesboro.

Tourism is another major revenue driver for the County. “Tennessee has so many things to see,” says Ketron, who, before assuming the Mayor’s office was a State Senator from 2003-2018. “There’s the Great Smoky Mountains in the far east; and Nashville in Middle Tennessee; and then the Delta Country down in Memphis,” he notes. “Our tourism dollars in Rutherford County rank No. 4 in the state. We have a national battlefield here. And when I was in the State Senate, I passed a bill that created the Whiskey Trail, similar to the Kentucky Bourbon Trail, that allowed whiskey distillers to grow. Prior to that, we only had three; now we have 43 in the Whiskey Guild and that creates an opportunity for economic development. They put some money in to create the Whiskey Trail so people can tour. Our vineyards are on the increase and the moonshine is legal.”

The County Mayor’s office is responsible for organizing and coordinating County government activities and overseeing its day-to-day operations and the delivery of services to its citizens. Ketron says that the three most important issues facing the County, today, are solid waste, transportation infrastructure, and schools, because, with an average of 96 new people moving into the community, daily, the County is one of the fastest growing in the country – most especially in Murfreesboro, the County seat, with a current population of 136,000.

“Rutherford County is trying to address the number one issue that’s facing our County and that is our current landfill issue and waste stream,” Ketron explains. “Our landfill receives trash from 23 different counties in the Tennessee area, Metro Nashville, included. So, we’re talking several million people’s trash coming into the landfill located in my County. So, we’re looking to see what our best alternatives are, and we want to set the standard in Tennessee for handling solid waste.” 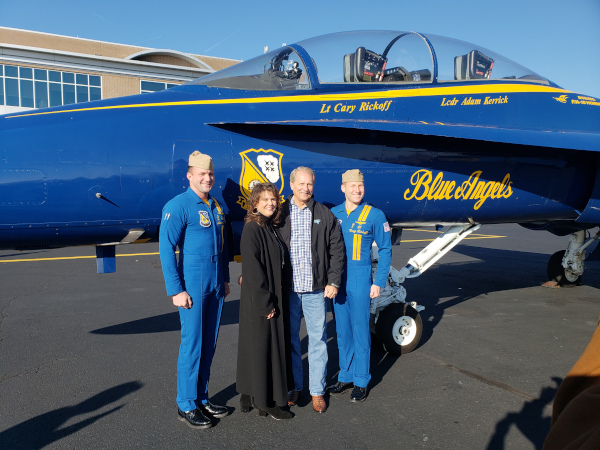 Recently, Ketron visited several recycling and composting facilities in California and returned with a plan to replicate what he saw there. “Our landfill’s capacity is anywhere between six and eight years, but we need to start now; just to build a facility will take a couple of years,” he opines. “So, we’re looking at composting making up 60 percent – turning trash into dirt, and then, probably, creating an MRF recycling facility like we saw in San Jose, California.” An MRF (Materials Recovery Facility) takes in a broad stream of solid waste and separates out recyclable materials through manual and mechanical sorting. The recyclables are then processed for market, and the non-recyclable materials are sent to a landfill or other disposal facility. According to Ketron, the County and its four major cities – Eagleville, La Vergne, Smyrna, and Murfreesboro – will probably create a Solid Waste Authority to handle the issue.

While the waste stream situation is being addressed, Ketron is keen on pointing out Rutherford County’s many advantages to any new residents or businesses with a desire to relocate. “We’re a no-income tax state, and we’re in the process of getting rid of the Hall tax,” he avers. (The Hall income tax is imposed only on individuals and other entities receiving interest from bonds and notes and dividends from stock. It was enacted in 1929 and was originally called the Hall income tax for the senator who sponsored the legislation.) “Each year, over the next two years, it will totally disappear, so we’ll have no ‘Death Tax,’ no income tax, and no tax on capital gains. As long as you manage your sales and property taxes, it works out quite well. We have a great educational system; we’ve probably got the second or third strongest pension program in the country, which is 95 percent funded; we have a great greenway system by the river; and the quality of life here in Middle Tennessee is attractive to so many people.”

In fact, people are drawn to Rutherford County for its moderate climate, its diverse cultural and entertainment offerings, its top-quality healthcare and housing, and its low cost of living. This vibrant, Southern community represents a unique blend of Civil War history and a thriving 21st century community with all the amenities of a major metropolitan area. It’s truly the “heart of Tennessee.”

WHERE: The geographic center of Tennessee

5 Tips for Choosing the Best Travel...