Business View Magazine interviews Andrew Houlberg, CEO of Natrol LLC, as part of our focus on best practices in the nutraceutical industry.

Natrol LLC, based in Chatsworth, California, is a manufacturer of a variety of nutritional and herbal supplements, vitamins, and minerals. It distributes its products through supermarkets, drugstores, health food stores, and mass-market retailers, nationwide. In addition, Natrol offers a variety of products for specific health needs, such as men’s, women’s, and children’s health, joint health, weight loss, energy enhancement, sleep enhancement, and brain function.

Natrol was originally founded in 1980 by Elliot Balbert, as a cosmetics company. In 1982 he began to market nutritionally-based weight loss products, hence the name Natrol, a portmanteau for “natural control.” According to Andrew Houlberg, the company’s CEO since 2017, Natrol began to ramp up its advertising of dietary supplements after the implementation of the Dietary Supplements Health and Education Act of 1994, in which the federal government defined what dietary supplements were and how they needed to be marketed, sold, and legally labeled. “It made the legal groundwork so that nutritional companies knew what they could and couldn’t do, relative to the FDA (Food & Drug Administration), what claims they could make, what they could say to consumers, and how they could communicate the benefits of their products.” 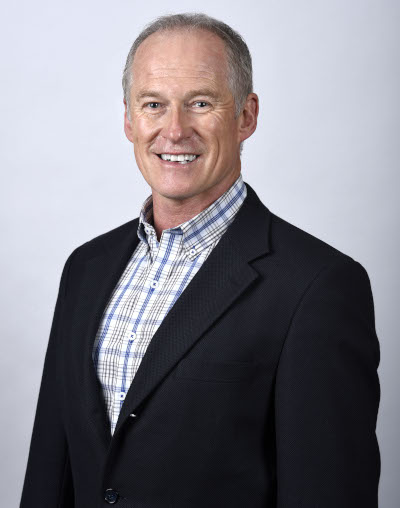 “Then Natrol continued expanding,” Houlberg says. “By 1997, we were in the 90,000-sq.-ft. manufacturing facility, where we are, today. In 1998, we were listed on NASDAQ under the abbreviation, NTOL. Through the ‘90s and early 2000s, Elliott purchased other brands, like Essentially Pure Ingredients, Prolab Sports Nutrition, Pure-Gar, which is a garlic-based product, and Laci La Beau, a maker of a line of herb teas for weight loss. And by 2006, Natrol was a leader in the U.S., according to Information Resources Inc. in their 52-week measure infoscan information, showing that they were number one in melatonin, which continues to be the case, today, Ester-C, which is a vitamin C product, DHEA (Dehydroepiandrosterone), and 5-HTP (an antiangiogenic thalidomide analog).”

“There were some changes of ownership over the years and, most recently, in 2014, Aurobindo Pharma USA purchased us,” Houlberg continues. “They’re a pharmaceutical company, we’re nutraceutical. So this was something different for Aurobindo – to move out of pharma and enter nutraceutical. Since then, they’ve provided us very dynamic and strong technical expertise on the manufacturing side to help us improve our production efficiencies, while we focus more on the commercial development of our products. In 2017, we launched a brain health product, which is presently the third fastest seller in the mass market in the United States. In 2018, we launched a line of Natrol gummies – melatonin, multi-vitamin, and other beauty-related products, which has done exceptionally well for us.”

Today, Natrol has about 250 full-time employees, plus a small army of part-timers, brought in when production requirements exceed what can be accomplished with the full-time staff. 75 percent of its sales are in the U.S., and 25 percent are sold overseas, working through a network of distributor partners. “The key success for us in other countries is three things,” Houlberg explains. “One is finding the right distributor partner. By that I mean they have deep knowledge of the market. Number two: that they have an infrastructure to be able to sell nutraceuticals. Number three: that they have a high level of motivation to want to be successful in the market. When we get that right, we’re extremely successful in the international markets. Whereas in the United States, we’re, by far, number one in melatonin and 5-HTP, outside the country, it’s much more varied. For example, in Chile, we’re the number two multi-vitamin brand in the country because we have a highly motivated, knowledgeable distributor partner who has the powerful infrastructure in that country. So, we formulate to their demands. We also sell into Russia and to China and to the Middle East through distributor partners.”

In a competitive arena, Houlberg believes that Natrol has distinct advantages. “When Elliott founded the company, it was always based on quality, and that continues being the case, today, for us; quality is fundamental,” he states. “We’re NSF-certified (National Sanitation Foundation) manufacturing; we’re GNP-certified (Good Manufacturing Practice); we’re an FDA-accredited facility; and we’re presently pursuing USP (United States Pharmacopeia) certification for several of our products that our large, U.S.-based customers are requesting. So, all of that guarantees an ever-improving quality component. Consumers can trust that what’s on the label is what they get.

“A second key characteristic of Natrol is innovation. Two years ago, we worked with a provider who had discovered and developed a product that helped consumers who had cognition problems. This product, Cognium – cognition and cranium, if you will – has seven human-based studies that showed that cognition improved in some consumers who used it. So, that’s a very innovative product, and, as we learn more, and consumers interact more with the product, we continue improving the formulation.

“The third characteristic is agility. We’re not the largest manufacturer in the vitamin, mineral, and supplement segment. In VMS, there are other American players bigger than we are. But, because of our smaller size, we have greater agility. That agility converts into a better ability for us to work more closely with distributor partners so that we are available, promptly, and we can help them meet their business goals, build stronger relationships, and establish the trust that we need with our distributor partners – the big customers like Costco, Wal-Mart, Target, and the smaller and medium customers that make up our portfolio of more than 200 different customers. Agility allows us to deliver really exceptional customer service, which I’ve made a priority for our company and now, pretty much reaches 100 percent almost all the time.” 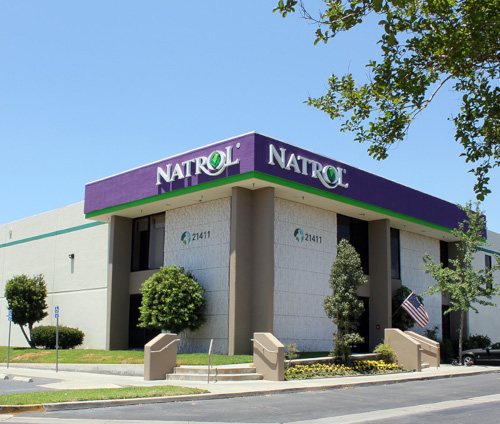 Going forward, Houlberg says that the five-year plan includes doubling the company’s business. “So, we need building blocks, annual steps that get us to that point,” he avers. “The annual steps that we have are improving our quality in the existing range of products that we sell – more than a hundred different formulas that we have commercialized around the world. So, we continue improving and tweaking those formulas. Then we add new products to that; some of it is in research, now, others are about to be launched.

“Very shortly, we’re launching a kids’ melatonin product. We’ve discovered that there’s a really high demand from parents who are concerned that their children don’t get enough sleep. In today’ society, children are exposed to much more blue light emitted from IPads and cell phones and computers and other electronic media, and that affects children’s brain patterns and can affect their sleep. So, we’ve developed a child-friendly formula that’s going into the market, right now. And then, we’ve got a series of other innovations that are being finalized and tweaked, making sure that all the stability and all the quality components are met before we roll those out. So, our growth is around deeper relationships with customers; solving their problems and business needs better than others; and introducing new, relevant products into the marketplace in the short term. And, then, each year, expanding on those building blocks so that we end up doubling the size of the business.”

“When you think about it, it’s a very noble industry in which to work,” Houlberg says, in conclusion. “We create products that may help people live longer, healthier lives. It’s a whole lot more fun than selling things that hurt people. We have fun doing what we do and when we do that, we really succeed.”

WHAT: A manufacturer of nutritional and herbal supplements

With more than 30 years experience, Triple Dot Corp. has become one of the leading manufacturers of plastic containers, specializing in pharmaceutical and custom-made applications. Established in Southern California in 1989, Triple Dot has some of the fastest turnaround time in the industry. Customers love that, and the fact that the Triple Dot team is always willing to employ innovative manufacturing techniques to handle their customers’ special projects.

Elk Packaging has been providing packaging solutions for the pharmaceutical, food, and cosmetic industries for over 30 years. We design and produce custom packaging in a variety of formats, from folding cartons and stand-up pouches, to roll stock film and corrugated displays. Our mission is to deliver a superior product while providing excellent service and speed to market with extremely competitive pricing. Connect with us today. 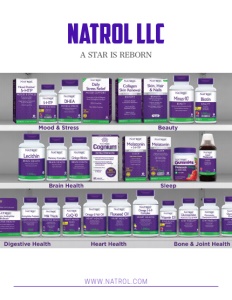