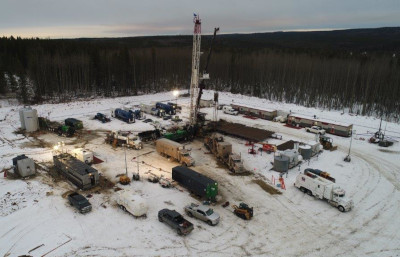 A geological engineer by training, Sue Riddell Rose began her post-grad career at Shell in 1986. She joined Paramount Resources in 1990 and, today, draws on 30 years in the oil and gas industry for her role of Perpetual Energy Inc. President & CEO. Perpetual Energy was one of two royalty trusts that were spun out of Paramount Resources in the early 2000s. Rose reports, “In 2010, the company was incorporated and, as the technology evolution for natural gas development has evolved here, we’ve repositioned our assets to work within the asset base that is attractive to that new technology. I would call us a junior oil and gas producer – primarily, a natural gas company.”

Perpetual Energy Inc. is 48 to 50 percent owned by inside management, the rest is publicly held and traded on the TSX under the symbol PMT. The company is focusing on four main strategic priorities for growth and business opportunities in 2018:

According to Rose, “We produce a faceless molecule. Natural gas and oil, generally, isn’t marketed directly; it goes into a midstream and downstream distribution system and the actual end use customer is fairly distant from the producer. We sell our gas at six producing hubs in North America: Manville in California; Chicago; Dawn and Empress in eastern Canada; ACO (our Alberta hub); and Michigan.”

The natural gas exploration and development business is fairly competitive, but Perpetual Energy has a very contiguous land position, amassed over the last five or six years in the Edson area. They’re working at developing the suite of stratigraphic horizons across that land base and in Panny and Manville. By amassing a large block of land, they can control infrastructure and operations and drive their cost structure down. The problem with both oil and natural gas in Alberta is a lack of takeaway capacity, so the prices are disadvantaged relative to the rest of North America. Local markets are oversupplied with heavy oil and gas, so Perpetual Energy is partnering with midstream and downstream companies to increase the takeaway capacity. But it’s been a challenging and slow process.

“I think we’ve gotten ourselves into this situation because of regulation changes and lack of firm government leadership,” says Rose, “but, the Alberta government is now recognizing the importance of pipelines and the federal government is starting to support and move forward the increase of takeaway capacity. B.C. is very complicated on the oil side. You hear a lot of the Trans-Mountain Pipeline discussion and we had challenges with B.C. over the last 10 years on liquified natural gas (LNG) exports, too. The previous government slowed things down, so we missed the commercial window for some of these projects. The mid-part of this decade, LNG seems to be coming around again, which is really positive. The global market is growing again, and it feels like B.C. is being supportive of that. So, I think they’re going to get it done.” 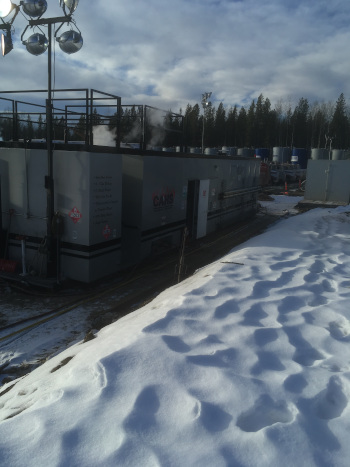 East Edson has seen significant growth over the last two years. However, as Rose explains, “We’re actually in a declining mode now. Natural gas prices have been very poor in western Canada the last 18 months, and most of the reserves are recovered in the first year or two after you drill a well in this particular geology. So, we’ve decided to let our production decline there. Across the Basin there are a lot of operators choosing not to drill in this low-price environment and that, along with increased takeaway capacity out of the Basin, should help improve the price.” Where natural gas prices are low, oil prices don’t necessarily work on the same cycle and they’ve been a bit stronger. So, Perpetual Energy has been redirecting capital to its oil interests and continuing to advance some longer-term items, slowly but surely, with risk-managed capital.

Environmental responsibility is very important to the company. “Our industry is often misunderstood in that respect,” says Rose. “We all want what everybody wants: for our operations to be cleaner, so we work at moving things along with new, innovative ideas. Most recently, we’ve been focused on reducing our diesel consumption and replacing that with compressed natural gas, to the extent that it’s possible; that is the net reduction in emissions. Usually, when you’re improving your environmental performance, you’re improving your bottom line, as well. We converted the frack units and the rigs we were using to drill our wells at Edson to be natural gas based rather than diesel. We’ve also been focused on water reuse; bringing water in for our frack opportunities, we’ve tried to recycle a lot of water from our plant production.”

Rose believes when people start to know what the oil and gas industry is about, they realize it’s one of the most vibrant and innovative technology-driven industries in the world – as different as night and day from what it used to be. The use of horizontal drilling and multi-stage frack technology has massively reduced the surface land impact. And Perpetual Energy’s emissions record is getting better and better.

Check out this handpicked feature on Black Eagle Energy Services – An industry leader.

WHAT: Junior oil and gas producer

Women in the Oil and Gas Sector

Perpetual Energy President and CEO, Sue Riddell Rose, has spent over three decades in the oil and gas industry – considered a non-traditional sector for women for many years. She recently appeared at the Oil and Gas Council’s Canada Assembly event and is a much respected and sought-after speaker. In conversation with Business View Magazine, Rose was asked if she sees herself as a mentor for inspiring women’s interest in the oil and gas industry.

Her reply: “Yes, that’s why it’s nice to do those events and have conversations because it is encouraging for women. One of the issues we chatted about in our panel discussion was that we’re having a hard time attracting women to our industry – even right out of university. And if we get them here it’s hard for us to keep them. A big challenge is our reputation. It’s a reputation we don’t deserve and one that has been put on us by some opponents who have a different ideology about how energy comes to the world. And it’s a reputation that, quite frankly, is keeping women out of our industry and it’s a reputation we hope we can change. A lot of conversations are required because it is a complex situation.

“One thing I’m really proud of is our current Alberta government. When they came into power, the first thing our new NDP government said they were going to do was a royalty review. The second thing was look at the whole emissions record and come up with a climate plan. They did both those things. What I find fascinating is they came in with a predisposition to not want our industry to be the strength of Alberta. Now, to watch how our Premier has gone to battle over the importance of our industry to all Canadians is phenomenal. And that’s a worthy battle for the good of the planet.”

Tervita is a leading energy-focused waste and environmental solutions provider. From waste management and processing, to metals recycling and environmental remediation, our team of dedicated employees understand the challenges you’re up against at every stage of a project and have the experience to meet your ever-evolving needs. For more information visit Tervita.com

R&R Rentals provides Western Canada with industry-leading customer service, fully comprehensive water management solutions, and equipment rentals. We succeed by growing with industry leaders and adapting to our ever-changing environment by introducing new technology in order to continue to provide superior service. Some of our services include but not limited to scouting, sourcing water, procurement of permits, organization of logistics for fluid transfer, as well as heating and transferring fluid on location.

Julia Child Would Be Thrilled: Most Americans... 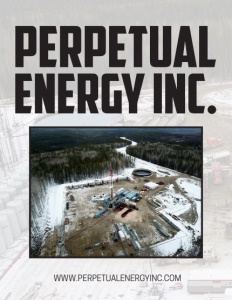