100 years of pride and progress

Congratulations to Plainsboro Township, New Jersey – celebrating its 100th anniversary as a prime example of pride and progress! Originally a part of South Brunswick Township in the late 1700s, the land that is now Plainsboro Township was given to newly formed Cranbury Township in 1872. Plainsboro was established as a farming community with abundant land and water supplies for growing a variety of in-demand crops. Many believe the name of the town, itself, came from the description of the area. In 1918, when the superintendent of public education for Middlesex County reviewed the village schools in Plainsboro, he found one of them to have insufficient fire egress and proclaimed that a new school be built. When Cranbury Township declined to provide the funds for this, the local citizens successfully petitioned the New Jersey legislature to form a new town, and on May 6th, 1919 Plainsboro Township was incorporated.

Today, environmental sustainability is a top priority for this future-focused town of 24,000. According to Anthony Cancro, Plainsboro Township Administrator, the Township Committee has pursued many initiatives to promote sustainability. “Plainsboro is actively engaged with Sustainable Jersey, a non-profit organization that has established hundreds of environmental actions. If a town or school undertakes a particular action, they gain points for certification as bronze, then silver, and Plainsboro is on a second round of being certified as a bronze community.” 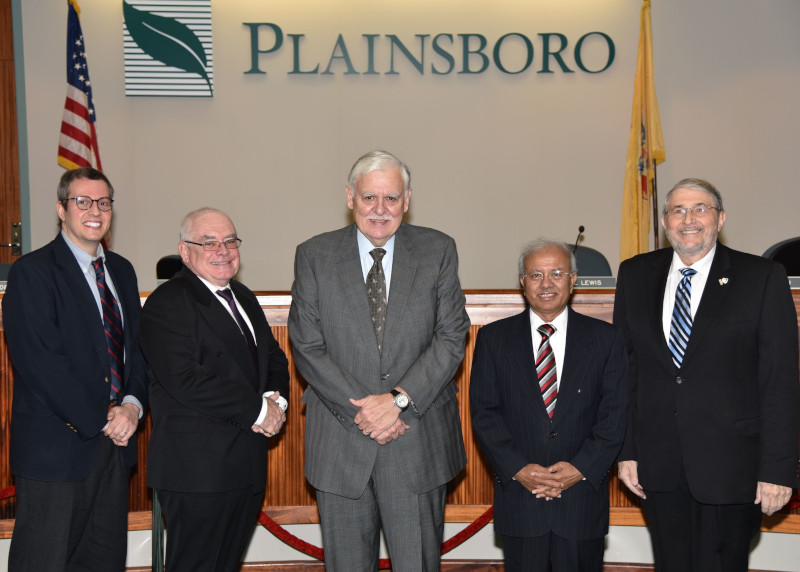 The second area involves electricity services. New Jersey passed a law that allowed municipalities to act as a group and procure electricity in “aggregate” from a third party.  The goal is to go out to bid to get better electricity prices. It’s called the Plainsboro Community Energy Aggregation (PCEA) Program. Thus far, the program has been bid twice, saving residents 18% in the first round and 15% in the second round.

During the first PCEA round, the third party vendor had a 21 percent renewable energy portfolio (wind, solar, biomass). This time the township increased the amount to 42 percent renewable power. Not only is it saving residents an average of 17 percent per year, the Township is greener in the purchase of power. In addition, the Township went out to bid for electricity from a third party supplier for municipal buildings. This has been implemented and has saved a significant amount of money for the Township.

“The Township is also actively taking part in the state’s Clean Energy Program, where a Societal Benefit Charge is added to each utility bill and that money is made available for use by municipalities,” says Cancro. “Energy conservation improvements are funded 70 percent by the state and 30 percent by the township. It’s a great deal – not only for cost savings, but for getting equipment that’s extremely efficient; like LED lighting and high-efficiency air conditioning units. It’s been a very successful program in New Jersey that is helping towns reduce their operating costs, thus minimizing the impact on property taxes.”

Early this year, Plainsboro installed three dual Level 2 vehicle charging stations, which charge quicker than a home version. Similar to gas pumps, there are three pumps installed in reserved parking spots, all on municipal property. Each of the pumps has two nozzles that charge an electric vehicle. The stations are in operation and, according to Cancro, “the Township has developed a pricing policy for public use, and when we make the transition with our motor fleet, we’ll have a place to charge them on the premises. We were fortunate to get a grant to install these EV charging stations, which would have cost about $50,000 for installation, hardware, software and maintenance.  Also, the police department purchased three new 2020 police SUV hybrid vehicles for their use.”

The Township also implemented sustainable land use practices. Over the past four decades, Mayor Peter Cantu had a vision to preserve as much of that land as possible. To his credit, he recognized the importance of greenspace and, today, over 50 percent of the land mass throughout Plainsboro is protected open space and cannot be developed. A thousand acres of land sold off by farmers has become a wildlife sanctuary called the Plainsboro Preserve that features an environmental education center and trails.

Les Varga, Plainsboro’s Director of Planning and Zoning elaborates. “Collectively, the Township employed different tools such as the transfer of development rights. For example, if someone wants to develop ten homes on ten acres, but instead if you put those ten homes on five acres, and preserve the rest as open space, you cluster the homes near roads and other infrastructure and all of those costs come down precipitously. Then you have the benefit of the open space that allows grass and plants to grow and animals to flourish, and storm water to actually percolate back into the ground and produce fresh drinking water. If you do that enough times, six of the twelve square miles of Plainsboro is preserved in various ways – a public park, preserved land and private open space. We also relied on organizations to set aside part of their corporate campuses for open space and that property is deed- restricted, so you can’t build on it.” 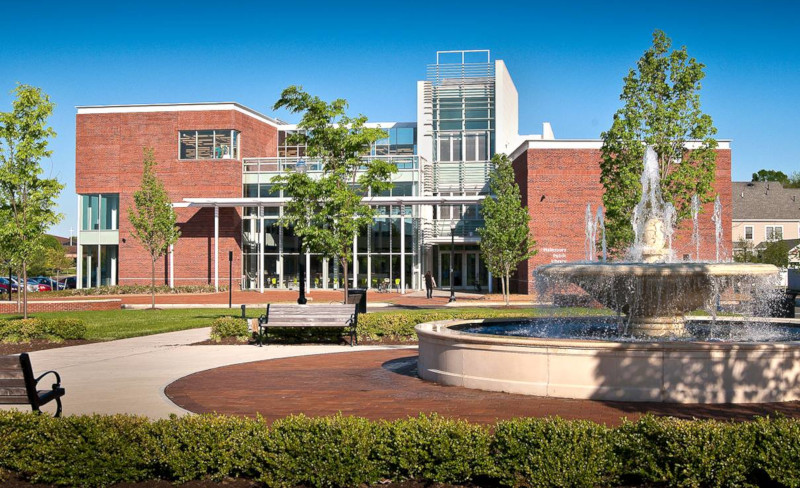 When the administration of the hospital in Princeton became aware their facility was becoming antiquated and couldn’t be expanded, it began looking for land in the immediate area to build a brand new hospital. They did an exhaustive search and found a 160-acre parcel that became available, adjacent to a major state highway in Plainsboro.  Princeton Medical Center bought the property and built a new hospital that, today, is about three-quarters of a million square feet in size. Princeton Medical Center merged with Penn Medicine, which is part of the University of Pennsylvania Medical system. This brings to Plainsboro all of the efficiencies and expertise of the entire Penn Medicine Network.

In addition, as part of the healthcare campus, they built a 200-bed skilled nursing facility for acute care patients. There is a childcare center under construction now and another parcel has 260 apartments and 45 townhomes – an adult lifestyle, age-restricted facility, designed for people to age in place. There’s even a memory care facility that’s approved, and soon will be under construction; so you never have to leave Plainsboro for healthcare, at any age.

Summing up Plainsboro’s best attributes, Mayor Cantu adds, “We are proud of our 100 years.  I believe Plainsboro Township is a very well-planned community with an incredible education system and great healthcare.  And we are proud to be a town that’s totally committed to sustainability and open space initiatives.”

Penn Medicine Princeton Health is celebrating 100 years of caring. We invite the community to join us at Princeton Medical Center from 10 a.m. – 2 p.m. on November 24, 2019 for our free Community Celebration, a day of fun for the whole family, including entertainment, exhibits and light refreshments.