Business View Magazine reports on recent development projects in Palm Bay, Florida, as part of our focus on best practices of American cities.

Palm Bay is a city in Brevard County, Florida, located at Turkey Creek at the mouth of the Indian River. The first prominent European-American settler in the area was John Tillman who arrived sometime in the 1870s. By the late 1880s, Tillman was operating a profitable orange and banana grove on the north shore of the creek. Tillman’s wharf also attracted settlers, as it was a steamboat stop. By the mid-nineteenth century, there was a lumber operation, more orange groves, and a packing house.

In 1925, the 200 residents of Tillman petitioned to change the name of their town to Palm Bay. Its farmers planted citrus groves and shipped winter produce to northern markets via the Florida East Coast Railroad.  They also raised cattle and sold timber and land to paper companies. In 1959, the General Development Corporation purchased and platted extensive tracts of land in Palm Bay for a large residential project known as Port Malabar, and the City of Palm Bay incorporated on January 16, 1960.

On the heels of the incorporation, Palm Bay’s industrial base began to grow. One of the city’s first major industrial corporations, Radiation Inc., later evolved into the Harris Corporation, now known as L3Harris following a merger with L3 Technologies earlier this year. L3Harris is a technology company, defense contractor, and information technology services provider which still serves as the city’s major employer. In an article published by USA Today on March 25, 2019, the Palm Bay-Melbourne-Titusville Metropolitan Statistical Area (MSA) was ranked as number 12 in the United States with the “most high-tech jobs” with nearly 10 percent of workers in Science, Technology, Engineering, and Math (STEM) fields, employing 206,760 persons. The most common STEM job in the Palm Bay-Melbourne-Titusville MSA is aerospace engineering and operations technicians. 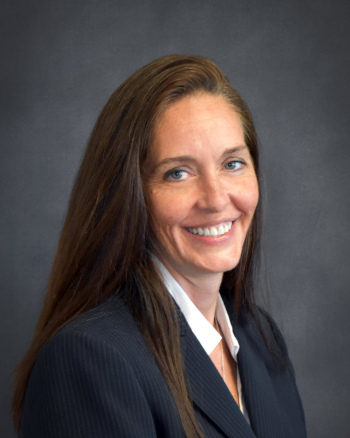 Recently, Business View Magazine contacted Palm Bay’s new City Manager, Lisa Morrell, to find out about current projects and initiatives taking place in this growing metropolis of 112,000 residents. The following is an edited version of the written summary that she provided.

Slated for completion in late 2019, the $37.3 million project consists of 320 luxury apartments at the north end of Robert J. Conlan Boulevard NE along the US1 corridor. Spread over four residential buildings, the first phase of the project will be named Aqua Palm Bay Apartments and will include apartments ranging from studios to three-bedroom units. The project has been designed with the modern professional in mind and will feature amenities such as outdoor fitness equipment, electric vehicle charging, pool and patio space, and a dog park. The second phase of this project, known as Aqua Retail Shoppes, will feature the development of nearly 60,000 square feet of commercial outparcels, providing for retail, restaurants, bars, cafes, entertainment venues and similar establishments. The Aqua development project is expected to yield approximately $52.9 million in private capital investment for the redevelopment district upon completion.

Progress is well underway for the new Palm Bay Executive Park, located near Bass Pro Shops southeast of the Interstate 95 (I-95) at Palm Bay Road. The 10-acre site will be home to nearly 71,000 square feet of commercial space in total anchored by a 16,914-sq.-ft., 106-room Hyatt Place hotel and a 12,570-sq. ft., 87-room, Home2Suites by Hilton. The two four-story hotels will be completed during Phase 1 of the development. The Executive Park will also feature over 41,000 square feet of additional commercial retail and restaurant outparcels consisting of 13,000 square feet of single-story, multi-tenant retail space in Phase 2, followed by an additional 12,500 square feet in Phase 3. Phases 4 and 5 will include two high-quality sit-down restaurants, totaling 7,400 square feet, and 8,500 square feet, respectively.

Motel 6 will demolish an existing building located to the southeast of the I-95 and Malabar Road interchange near Eastern Florida State College’s Palm Bay campus. Motel 6 will construct a new hotel as part of the company’s new pilot program. As part of their rebranding, Motel 6 will transition away from the economy lodging travel hotel to a business-class concept.

The new RiverView Senior Resort’s Phase 2 development will provide for a further 20,109 square feet (with first floor parking garage), and feature 110 independent living spaces, as well as additional dining and recreation space to include a lounge and bar with screened patio space, an exercise room, and a club room. Riverview’s second phase will complement their existing seven-floor facility which includes over 100 living spaces, resort-style amenities and eateries, 3,000 square feet of private shoreline, including a 100-foot pier, a memory care facility, an on-site doctor and nursing team, and more.

Defense contractor, Raytheon, recently completed renovations at their 68,000-sq.-ft. manufacturing facility located at 3520 Dixie Highway NE in Palm Bay. This formerly vacant facility in Palm Bay’s Bayfront serves as an expansion of Raytheon’s Massachusetts-based operation and has been upgraded to meet federal security specifications. This expansion is expected to bring 500 new high-tech jobs in two phases to the City of Palm Bay.

Health First held a groundbreaking ceremony for a new 12,000 square foot multi-purpose facility in the Bayside Lakes area on August 13th. The new medical center is designed to streamline the patient experience and will include 30 exam rooms, two procedure suites, radiology facilities and a lab. Once complete, the facility will be home to approximately five providers and employ about 20 staff members.

Located within the Driskell Heights area, the Evans Center is a $1.5 million project funded by the Florida Community Loan Fund, contributions from an anonymous donor, the Corporate Property Group, the Community Foundation for Brevard, the Space Coast Health Foundation, local businesses, churches, and residents, as well as a $250,000 allocation by the BCRA Board, to assist with the construction of a new building. The Center features a multi-purpose room for classes and community gatherings such as technology training, financial literacy, and community activities, a health clinic in collaboration with the Brevard Health Alliance, and offers a full-service market and deli. 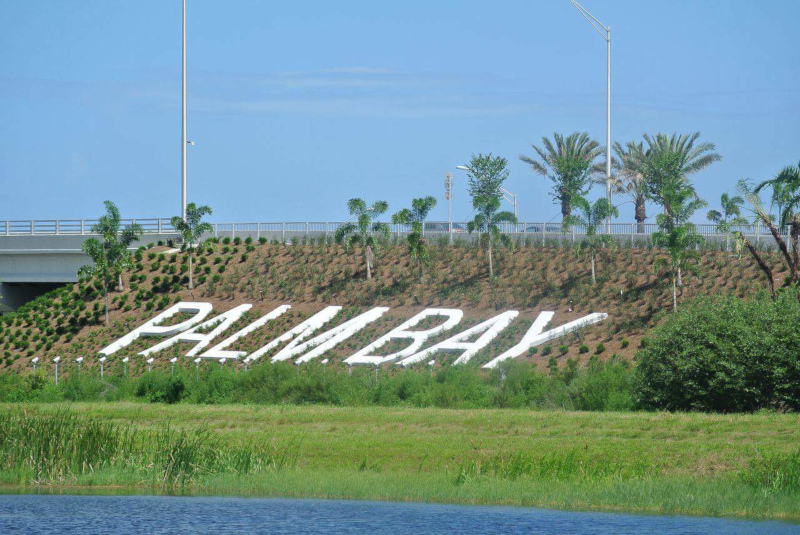 The Driskell Heights sub-district is located within a USDA-designated “food dessert” where more than 5,000 residents live in a one-mile radius that lacks access to healthy, affordable food. The closest grocery store is 1.4 miles away and, in this community, 54 percent of households earn less than $24,999 annually, and 63 percent own one or no vehicle. The Evans Center is a critical project for stabilizing the community and stimulating economic growth of the City’s Bayfront Community Development Area.

The City of Palm Bay and the Bayfront Community Redevelopment Agency (CRA) jointly own approximately seven acres of uplands on U.S. Highway 1/Dixie Highway. A portion of this assemblage includes the Pelican Harbor Marina, a former active marina providing rental of boat slips and facilities. Currently, the City and CRA lease the existing building to Paddling Paradise, a recreational paddling and kayaking rentals company and long-standing partner of the City. The City and CRA are actively seeking development opportunities for the waterfront property, specifically commercial restaurant, retail, boating, and other water-related recreational services. Such development will serve as a catalyst for future waterfront development, an integral component for the creation of a Bayfront downtown village concept.

To that end, the Bayfront CRA has approved funding in the Fiscal Year 2019 budget for new gateway signage, which is intended to create a feel and sense of place to foster a Bayfront downtown village concept. Such placemaking efforts will encourage development and redevelopment of key properties and corridors within Bayfront area.

The City of Palm Bay will revisit its Comprehensive Plan beginning in Fall 2019, including a review of the future land uses. The City will engage its residents and key stakeholders to learn about the community’s vision of the City and direction moving forward. The amendment to the Comprehensive Plan will allow the City and community to address current and future needs as it relates to zoning, density, height restrictions, architectural designs, placemaking, and other relevant issues as it relates to the future growth and development of Palm Bay.

In 2018, City Council adopted an Ordinance providing for the creation of a Business Improvement District (BID) within Palm Bay city limits. The purpose of the BID is to provide a mechanism for funding future infrastructure improvements, economic development initiatives such as business retention and attraction, and new jobs within the District. The BID’s governing board is comprised of businesses and commercial property owners within the District boundaries. The Board’s responsibilities will include the creation of a Business Improvement District Plan, identification of funding and state and federal funding grant opportunities, approving the budget and project priorities each fiscal year, and implementing the Plan. The first meeting of the BID Board is anticipated following the start of the new fiscal year, beginning October 1.

WHERE: At the mouth of the Indian River in Brevard County

If you are selling your home, come close with us!

Celebrating 20 years of service, we are “Your Neighborhood Title Company.”  Our first commitment is to Customer Service.  We are a full service independent title insurance company specializing in commercial, lender, residential, developer and for sale by owner real estate transactions.  Our company has a cumulative sixty years of title experience and our title examiners and real estate closers are all professionals providing “quick” turnaround, inexpensively.  We have been providing title insurance & the best closing experience since 1999 !