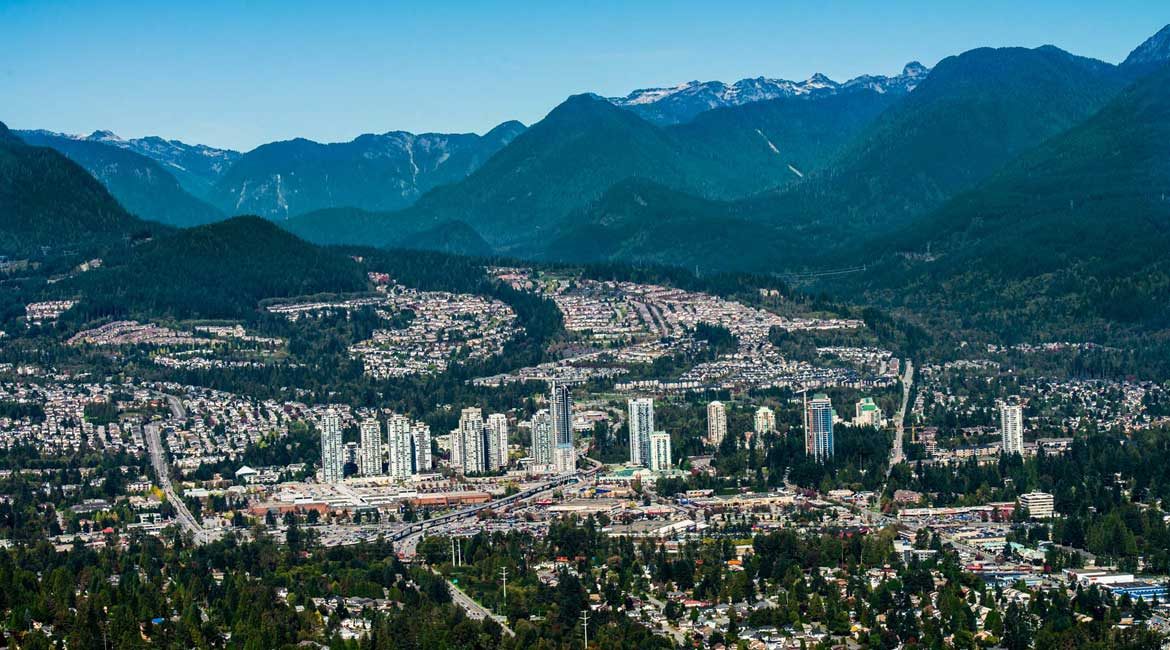 The most famous phrase from the movie Field of Dreams – “Build it and they will come” – could very well be the bywords for Coquitlam, British Columbia, after all is said and done.

Coquitlam, a city in the lower mainland of British Columbia, and part of the greater Vancouver area, is in the midst of a state of growth that is showcasing what can be accomplished when you get the right people in government and a passionate, hardworking community, all striving for the same thing. By looking at what “could be” as opposed to accepting what it already has, the city, first incorporated in 1891, has been able to transform itself into an exciting hub for businesses, families, and more.

“We are really one of the few communities that’s been able to design our city center from scratch,” explains Mayor Richard Stewart. “Most communities inherit previous generations’ planning decisions; we were able to earmark a low density area to become our new vibrant city center.”

“The transit line has been on the books for 20 years,” adds Michael Hind, the CEO for the Tri-City Chamber of Commerce. “People started campaigning for it and this year we made it a reality.”

The made-to-order transit connection is the Evergreen Line – a massive transit expansion which brought a rapid Sky Train into Coquitlam, linking Vancouver and other surrounding cities. The benefit of this massive undertaking is already showcasing what residents have been rallying for, as it has already exceeded the rider estimate since opening last December.

The development of the line was not simply built to assist the existing commuters, but also strategically developed to attract young professionals, entrepreneurs, and small businesses into this new exciting hub. “This gives us a great opportunity to open up our community not only to a labor force,” says David Munro, Manager of Economic Development, “but also to other businesses like tech, finance, and professional services.”

What makes this growth so unique and important for future generations is that the community and government came together with a vision for growth: create an exciting city center, develop a hub for innovation and entrepreneurship, promote a hot housing market, and then connect the dots at lightning speed – all while creating new jobs for residents.

“This is a prime example – whether it’s city, provincial, or federal government (or a combination of all three)” continues Munro, “of public investment leading to private investment, and putting that investment into infrastructure that makes it attractive to businesses. We have a significant amount of home-based businesses, located primarily in lower density areas. By creating co-working spaces and tech accelerators, we’re giving small businesses the opportunity to easily grow their business to the point where they’ll need office space.”

Businesses are already shouting their success from the rooftops due to the calculated investment and strategy by City Hall’s team.

“We chose Coquitlam for our second location because, quite frankly, this is not a bedroom community anymore,” says Darryl Bosa, the founder of CMPNY, a firm that offers co-working spaces for the modern entrepreneur. “The City of Coquitlam has taken large strides in building a community that promotes business development and complements the start-up community. From their many initiatives, such as the foresight to invest in QNet, Coquitlam is a desired place to live and work. We are glad we could be a part of it.”

One of these initiatives, a state-of-the-art fiber ring, is a testament to the embrace of the tech community, as existing and new businesses now have access to Canada’s most competitive broadband services through QNet. “This is lightning fast internet access,” states QNet’s General Manager, Danny Bandiera. “It doesn’t bog down with multiple users, it’s competitively priced – this is what users can expect by tapping into Qnet.”

The bottom line: if the city can give these opportunities to a young entrepreneur as easily as it can to a small business about to double in size, the economy will grow and jobs will follow.

“It’s had a huge impact already,” says Hind. “We expect this to be even bigger moving forward.”

The infrastructure in Coquitlam was not limited to just the Evergreen route.  Out of a $4 Billion investment, the city was also able to fund development of the Port Man Bridge, a massive, ten-lane, cable-stayed bridge that opened in 2012 – currently the 2nd longest cable-stayed bridge in North America.

With the development of the Port Man Bridge project, the supply chain community is connected with a hub of its own. “We have extensive industrial lands in the middle of North Vancouver, on a confluence of major transit routes,” says Mayor Stewart. “When you talk to businesses that have located there, they want that logistics hub; they want to be in the middle of metro Vancouver so they can serve the metropolitan region as effectively as possible.”

Outside of the incredible growth within the municipality, lies another hidden resource that may be the most exciting of all. “Our largest export is the English language”, explains Stewart. “We have the largest international education program in Canada.”

This means that outside of the growth of the internal community, and the attraction for local businesses and entrepreneurs within BC and Western Canada, there is a community of students – young and old – who call Coquitlam home. This adoption of international intellect into a bourgeoning community creates a worldwide narrative of what Coquitlam’s development is all about.

“We look at economic development as a cycle,” explains Munro. “We often forget our people are our resource, so we set up infrastructure and programs that allow a family to come here, buy a proper home, get an education, get a good job, and then start the process over again.”

Coquitlam is already one of the fastest growing communities in Western Canada and its population is expected to grow by another 80,000 by 2041.  And, with the development of rapid transit, an exciting downtown core, and a hub for small businesses, it will continue to be a beacon for innovation, growth, and Canadian prosperity. 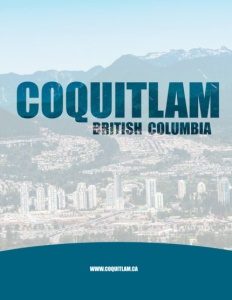