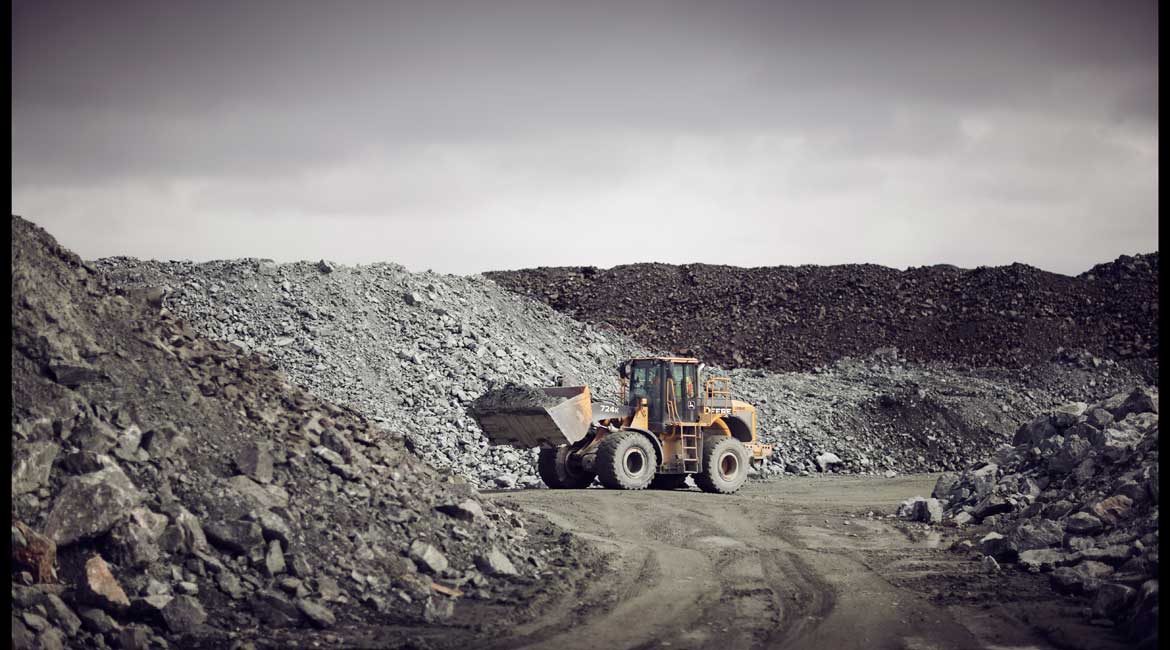 Business View Magazine interviews Dustin Angelo, President and CEO of Anaconda Mining, Inc., as part of our series on Canadian mining and energy.

Anaconda Mining Inc. is a junior gold mining and exploration company, headquartered in Toronto, Canada, with several ongoing mining projects in Atlantic Canada – most notably the Pine Cove Mine & Mill, part of the Point Rousse Project on the Baie Verte peninsula in Newfoundland; the Viking Project in White Bay, Newfoundland; and, most recently the Goldboro Project, located approximately 180 kilometers northeast of Halifax, Nova Scotia.

The Pine Cove gold deposit was discovered in June 1987, by South Coast Resources Ltd. In 2003, Anaconda acquired an option from then-owner New Island Resources Ltd. to earn up to a 60 percent interest in the Pine Cove Project. A successful bulk sample and a positive NI 43-101-compliant Technical Report led to production in 2008. (The NI 43-101 is a national instrument for the Standards of Disclosure for Mineral Projects within Canada. The Instrument is a codified set of rules and guidelines for reporting and displaying information related to mineral properties owned by, or explored by, companies which report these results on stock exchanges within Canada.)

“We bought out the rest of the interest in the project from New Island back in 2011,” says President and CEO of Anaconda Mining, Dustin Angelo, who came on board just the year before. “So, we’ve owned a hundred percent of the project since then. In the last seven years, we’ve been mining primarily from the open Pine Cove pit. We are a full-scale gold producer. We have a contract miner and contract blaster and we supervise all mining and engineering, and we own and operate the processing mill that’s onsite. We mine it from an open pit; we bring up the ore that’s historically been anywhere from 1.3 to 2 grams per tonne; and we process it in our mill, onsite. We refine it at the Canadian mint in Ottawa, we sell it to our gold trader in New Jersey, and it goes into the world market.” The Point Rousse Project currently produces approximately 16,000 ounces of gold per year from the Pine Cove Pit.

“In February 2016, we did our first step-out from that project and acquired what we call the Viking Project, where we optioned a couple of properties from Spruce Ridge Resources. And we also did some of our own staking,” Angelo continues. “It’s about 70 kilometers, as the crow flies, from our Pine Cove mill, and the property is roughly the same size – over 6000 hectares. It has a known deposit, called the Thor Deposit, which has got 43-101 resources of over 100,000 ounces.

“In November 2016, we did a deal with Metals Creek and acquired two of its properties – one called the Jacksons Arm Property, about 20 kilometers north of Viking, and then we staked a bunch of ground around that, as well. That property is about the same size as both Viking and Point Rousse. And then, we also acquired the Tilt Cove Property which is about 60 kilometers east of the Pine Cove mill on the Baie Verte peninsula. That area is near the old Nugget Pond mine, which was a high grade mine that produced about 166,000 ounces at 11 grams per ton, back in the early 2000s.”

Finally, this past March, Anaconda announced that it had entered into an agreement with Orex Exploration Inc., allowing it to control the Goldboro Project in Guysborough County, Nova Scotia, which contains 457,400 Measured and Indicated ounces of gold and 372,900 Inferred ounces. “It’s a significant acquisition for us,” says Angelo. “It’s going to change the way we do business. If the potential is there to develop the mine, we’re looking at mining it and bringing that ore back to our processing facility at the Point Rousse project, because we think that we can reduce the amount of capital that we have to put into infrastructure at that site and instead leverage what we’ve already got in existence at Point Rousse, and get that project into production sooner at a lower cost. So, we’re pretty excited at what the future has in store for us with this acquisition. It will potentially extend the longevity of the company and increase production significantly.”

Operating a profitable mine, while also acquiring and developing other potentially profitable assets, has helped make Anaconda Mining a major player in the eastern part of the country. “We’re the only gold producer, right now, in the Atlantic Canada region,” says Angelo. “We’re a small company in the gold mining industry, but we’ve bucked the trend. Typically, when you see production companies in the gold mining industry, they’re much larger and they’ve got a much larger resource base and they’re producing a lot more gold. But for the last seven years, we’ve been able to operate on a small scale and be profitable. The Point Rousse project, when it initially came on, back in 2010, was essentially a turn-around project. And we were able to do that – to turn it around and make it into a profitable venture. That’s something that we’re pretty proud of.”

Regarding the acquisition of other mine assets, Angelo explains that it’s an essential part of the company’s business model. “We’ve always had a two-pronged approach to growth – organic and acquisition. For a number of years, we pursued the organic side, optioned properties and did our own exploration to build mineral resources. As with most organic growth, it has been slow, particularly for us, because of the limited amount of capital we have had. Alternatively, the acquisition approach can help you grow quickly but we were unable to find the right first deal until Orex came along. With this transaction, we are able to acquire a significant amount of mineral resources at an attractive value using our shares.”

Over the next several years, Angelo says that Anaconda will continue to focus on its assets in Atlantic Canada. “We have a beachhead there where we have a lot of operating infrastructure. We have a high performing mill that’s doing about 1,300 tonnes a day; we have a lot of managerial talent there; we’ve built a port for the export of waste rock and we want to use that port, as well, to import ore. We want to stay in the Atlantic Canada region, hence the Orex deal, which is in Nova Scotia. If we’re going to expand any more in terms of acquisition, I think it will probably be within the Atlantic Canada region.” Angelo adds that he also hopes to have an even larger production profile, going forward: “about a hundred thousand ounces per year,” he states.

While remaining profitable, Angelo says that he also wants to see all of the company’s stakeholders benefitting from its efforts.  “We want to be a significant employer in the area and a very good member of the community,” he declares. “We got a lot of support from the local vendors, from the government, and from the employees to stick with the [Point Rousse] project. And once it became profitable we’ve tried to give back to all of our stakeholders. We’ve donated to certain causes on a regional basis because our employees come from various areas around the Baie Verte peninsula. We’ve donated to repair and refurbish the local hockey arena; we made a five-year commitment to fund swimming lessons for all the youth in the area; and we’ve done other types of charitable donations to show that we’re a responsible member of the community.”

“So, we take a holistic approach and we think that we serve them all well,” Angelo asserts. “We’re a local company. Even though our headquarters are in Toronto, most of our employees live near and work at our site at the Point Rousse Project. This is not a fly-in, fly-out situation. It’s all people who, for the most part, have grown up in the area and have an interest in seeing us succeed. We were named, last year, one of the top thirty best places to work in Atlantic Canada. That was a pretty good indication of the culture that we’ve built and the morale that we have.”

When Anaconda Mining, Inc. goes for the gold, it likes to spread the wealth around.

WHO: Anaconda Mining Inc.
WHAT: A gold mining and exploration company
WHERE: Toronto, Canada
WEBSITE: www.anacondamining.com 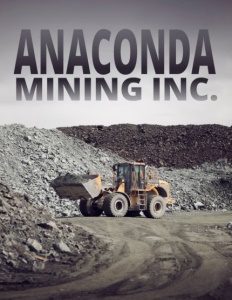