The city with spirit

Business View Magazine interviews representatives from Cleveland, Tennessee, as part of our focus on best practices of American cities.

Cleveland, Tennessee is a city of about 50,000 in Bradley County, in the southeastern part of the state. It was established as the county seat in 1838, and named after Colonel Benjamin Cleveland, a commander at the Battle of Kings Mountain during the American Revolution. One of its earliest settlers was Andrew Taylor, who had built a log house on the lot now occupied by the downtown Cleveland Post Office. His home was known to the early settlers as “Taylor’s Place” and it soon became a favorite stopping point for travelers because of the many springs in the area. 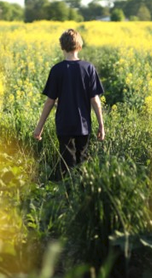 Cleveland grew rapidly following the arrival of the railroad in the 1850s, with another growth spurt during the 1870s, when several businesses, including the Hardwick Stove Company, the Cleveland Woolen Mills, and the Cleveland Chair Company began their operations. Hardwick Clothes, the oldest tailor-made clothing maker in America, was founded in 1880 and has been headquartered in Cleveland for over 130 years. By 1890, the city was home to nine physicians, twelve attorneys, eleven general stores, fourteen grocery stores, three drug stores, three hardware stores, six butcher shops, two hat makers, two hotels, a shoe store, and seven saloons. A mule-drawn trolley system was established in 1886, and the city had electricity by 1895. During this period, Cleveland’s population more than doubled from 1,812 in 1880 to 3,643 in 1900. The city experienced further growth when several major factories were constructed in the area following World War II.

Today, industry is still responsible for the majority of the city’s income. It is home to more than 150 manufacturing firms and thirteen Fortune 500 companies. Major employers include Whirlpool, Coca-Cola, Mars, Procter & Gamble, the Olin Corporation, Georgia Pacific, Lonza, Rubbermaid, and Bayer, among others. Cleveland is also the location for the corporate headquarters of Life Care Centers of America, the largest privately held nursing facility company in the U.S. With an unemployment rate of about two percent, the city was rated the number one job growth community in the country in 2016.

According to City Manager, Joe Fivas, Cleveland’s population has grown substantially over the last decade and a half, and the city is working hard to keep up with that growth. Some of the top projects on its agenda include the building of the new Candy’s Creek Cherokee Elementary School, and the Janice Casteel Connector, a new leg of the Cleveland/Bradley County Greenway. The Greenway is a 4.2 mile, unbroken linear park that connects many of the city’s neighborhoods and shopping areas. “Our Greenway is our most popular asset,” says Brian Moran, Cleveland’s Social Media & Community Relations/Grants Coordinator. “We’ve invested a great deal of time and energy to making sure that the Greenway is safe, and we’re looking at how we can connect more residents and more neighborhoods to the Greenway.” 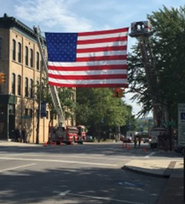 million to improve traffic flow and reduce congestion throughout the city. “We have a number of intersection projects that we’ll begin this year to help alleviate that for our residents,” says Fivas. “And, last year, we completed the Mayor Tom Rowland Interchange that opened up a significant portion of land for future development.” Another project is a new fire station that will allow the city’s fire services to be more efficient and effective with shorter response times.

Regarding Cleveland’s downtown, Assistant City Manager & CFO, Shawn McKay, says that some new businesses have recently opened up there, and others are waiting to see how they fare, “before they pull the trigger on other projects. But, as more of that comes online, Cleveland gets to be a better place to live,” he affirms. Fivas adds that the city is currently working with a consultant who is preparing a marketing study to help determine the best possible mix of commercial, residential, and industrial buildings for future development. “We’re at the start of the process of revitalizing our downtown,” he states.

With its many available jobs, its low cost of living, and its high quality of life, Melinda Carroll, Assistant City Manager for Operations, and a lifelong resident of Cleveland, is proud of the city’s many amenities and considers it a very safe community and a great place to raise a family. But Cleveland is not content to stand still. “Like any other city, we always have to find ways to move ourselves to the next level, and that’s what we’re working on,” McKay declares. “We’ve got a lot of different projects and balls in the air.”

That’s probably why Cleveland, Tennessee is known as “The City with Spirit.”

Check out this handpicked feature on The City of Warman – A Very Vibrant Place to Be.

WHERE: In Bradley County, in southeastern part of the state 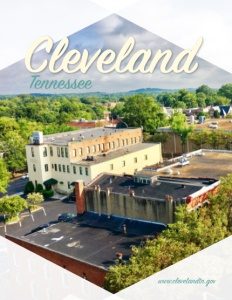