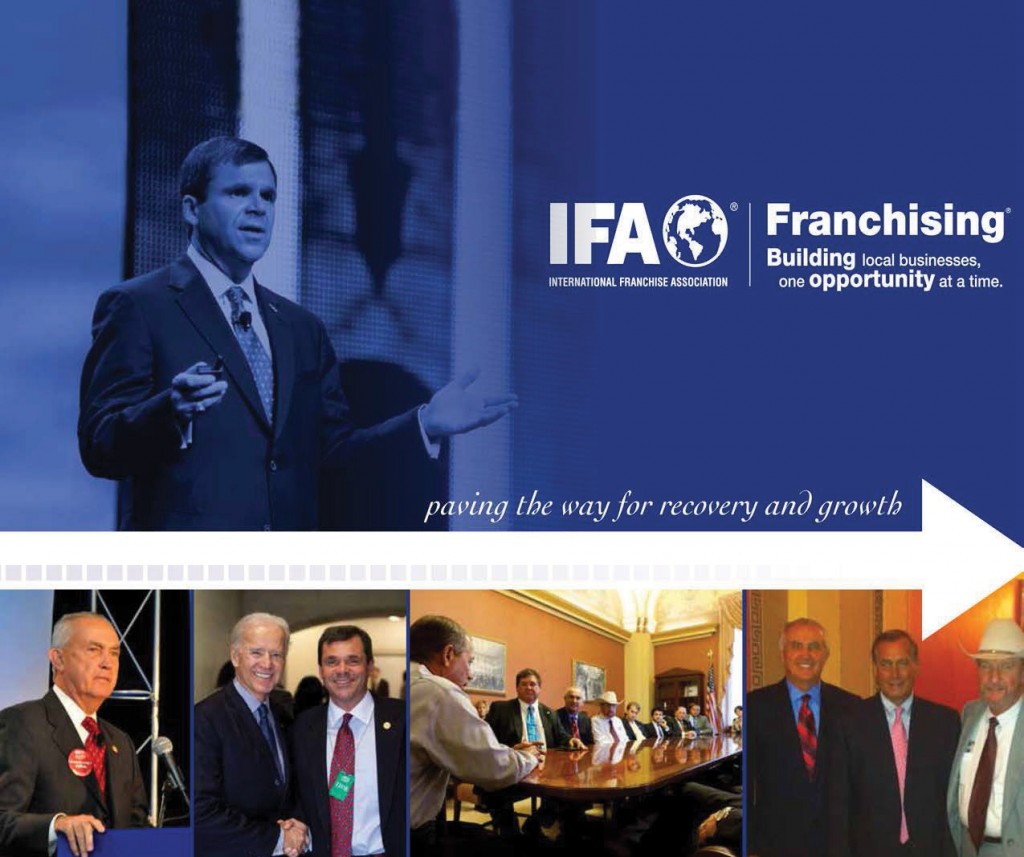 Four leading franchise professionals have been elected to the International Franchise Association board of directors. The newly-elected board members include are Cheryl A. Bachelder, John C. Draper, Richard Emmett and Matthew Patinkin. They will assume their positions at the conclusion of the 55th IFA annual convention in Las Vegas on Feb. 18, 2015.

“The levels of experience these four individuals bring to the board, which spans across a broad range of industry sectors, will be a boon to our industry and IFA,” said IFA Chairman Steve Joyce, president & CEO of Choice Hotels International. “Our efforts to preserve and promote the franchise business model will benefit greatly due to these highly-respected individuals’ expertise within the industry.”

Cheryl A. Bachelder is a passionate restaurant industry executive serving as the CEO of Popeyes Louisiana Kitchen Inc. She is known for her crisp strategic thinking, franchisee-focused approach, superior financial performance and the development of outstanding leaders and teams. The Popeyes leadership team has worked closely with franchise owners to accomplish a remarkable turnaround in the business – with restaurant sales up 25 percent and restaurant profits up 40 percent in the last five years. In 2012, Bachelder was recognized as Leader of the Year by the Women’s Foodservice Forum and received the highest industry award, the Silver Plate, for the quick service restaurant sector by the International Foodservice Manufacturers Association. In addition to serving on the board of directors for Popeyes Louisiana Kitchen Inc., she has served on the board of directors for Pier 1 Imports Inc. since 2012, and the advisory board of Agile Pursuits Inc., a wholly owned subsidiary of Procter & Gamble, since 2009. She served on the board of the National Restaurant Association from 2009 to 2012 and has a B.S. in business administration as well as a MBA in finance and marketing from the Kelley School of Business at Indiana University.

John C. Draper has served as president of restaurant operations for V&J Holding Companies Inc. since April 2007. Hailing from Detroit, he has a reputation as a superior operator and boasts more than 35 years of retail and operational management experience. “JD”, as he is known, has been an integral part of the organization’s growth and operating success for V&J Holding Companies Inc. since 1994. With a keen ability to multi-task and develop right teams, he has mastered the art of multi-brand and multi-marketing retail management. Draper has direct responsibility for more than 100 restaurants, including Pizza Hut, Coffee Beanery, Burger King, Häagen Dazs and Auntie Anne’s that operate across six states: Wisconsin, Michigan, New York, Ohio, Minnesota and Massachusetts. He has received numerous awards attesting to his management abilities and was the 2013 recipient of IFA’s Ronald E. Harrison Award, honoring his accomplishments in diversity and inclusion. Prior to joining V&J Holding Companies Inc., Draper served as a vice president of operations and a company district manager with Burger King for 20 years. He is involved in a wide variety of community and philanthropic organizations as well as recreational activities, such as racquetball and golf. Draper attended Wayne State University and earned his degree in business administration.

Richard Emmett is the chief legal and human resources officer for Dunkin’ Brands Inc. (Dunkin’ Donuts/Baskin-Robbins). He has extensive experience working with big-brand food service franchises and has developed an impressive record of success both in business and in enhancing franchisee relationships. He joined Dunkin’ Brands Inc. in 2009 from QCE HOLDING LLC (Quiznos) where he served as executive vice president, chief legal officer and secretary.  Emmett also served as senior vice president, general counsel and secretary for Papa John’s International Inc.  For 21 years he was also a partner in a 28-store Papa John’s franchise, owning and operating restaurants in Indiana, Illinois and Wisconsin.  He is on the board of directors of Francesca’s Holdings Corporation, where he serves as a member of the audit and chair of the Francesca’s Compensation Committee.  Before entering the corporate world, Emmett was a partner at the law firm of Greenebaum Doll & McDonald.  He earned his J.D. from the Marshall-Wythe School of Law at the College of William and Mary and a B.A. from Colgate University.

Matthew Patinkin is the co-founder and co-owner of Double P Corporation, a multi-unit, multi-brand franchise food company based in Chicago. Double P Corporation owns and operates Auntie Anne’s Pretzels, Red Mango Frozen Yogurt and Jamba Juice stores. Double P is the largest franchisee of Auntie Anne’s Pretzels in the U.S., and recently consummated an agreement to become the exclusive franchisee of Auntie Anne’s throughout Canada. In addition to serving on Double P Corp’s board, Patinkin serves on the board of GSP Retail, a leading provider of point-of-purchase solutions and advanced technology aimed at improving the performance of multi-unit retail locations. He also chairs the advisory board of Ale Syndicate Brewery, a craft brewer based in Chicago. Prior to founding Double P Corporation, Patinkin was an executive board member of Whitehall Jewellers, which was the fifth largest publicly held jeweler in the U.S. He also served on the board of Sara Investment Real Estate from 2008 to 2013. Patinkin graduated from Beloit College with a degree in economics.