Ontario’s municipalities own about 60 percent of public infrastructure, ranging from roads and bridges to community centers and arenas. They also provide a wide range of critical services, like clean drinking water and emergency services. Ontario is also one of the few provinces where municipal governments are responsible for public housing. 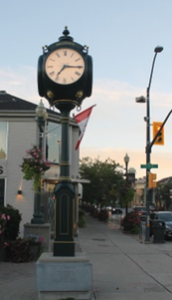 For all they do, Ontario’s municipal governments collect only 9 percent of all household tax dollars – a small amount to fund so many day-to-day services that people depend on. According to the Association of Municipalities of Ontario (AMO), it is time for that to change.

AMO, which represents nearly all of Ontario’s 444 municipal governments, has conducted two years of in-depth analysis and consultation with its membership to understand municipal financial challenges over the long-term. It estimates that municipal governments will face a shortfall of $4.9 billion dollars every year, for the next 10 years, just to maintain current services and address the infrastructure gap – replacing, repairing, and extending capital assets. Without any changes, property taxes might have to double over the next decade to meet these needs.

To bridge this gap, Association of Municipalities of Ontario is calling for a 1 percent sales tax, devoted solely to local infrastructure services such as roads, bridges, and transit.

Ontarians currently pay 13percent in Harmonized Sales Tax, with 8 percent going to the province, and the federal government collecting 5 percent.  Dubbed “the Local Share,” Association of Municipalities of Ontario estimates that an additional 1 percent would raise $2.5 billion for municipal infrastructure, after administration costs and low-income rebates. Based on the 2017 Ontario budget, that is less than 2 percent of all provincial revenues.

Prior to reductions in the federal GST in 2006 and 2008, Ontarians paid a 15 percent sales tax. If implemented, the 1 percent increase would mean Ontarians would pay 14 percent in sales tax. This would still be less than five other provinces.

Municipal sales taxes are used widely across the United States, and globally, to fund local services. However, Canadian municipalities must rely largely on property taxes, with some grants from federal and provincial governments, to deliver services, as well as build and maintain critical infrastructure. Property taxes are tied to the market value of property, not an individual’s ability to pay.

One of the biggest challenges has been downloading from the province – particularly in the 1990s. Over the years, 5,000-kilometres of provincial roads, a range of social services, and social housing were all put on the property tax bill – to the tune of about $3.9 billion annually.

The property tax base subsidized the provincial treasury. This meant important work on roads, bridges, transit, and other infrastructure was put off to deal with the growing costs and demands of the downloaded human and community health services.

In 2008, the province agreed to slowly take back some social service and court costs. By 2018, this “upload” will be fully in effect. It is worth about $2 billion annually. These “repatriated’” dollars have been invested in local infrastructure. But it isn’t nearly enough. 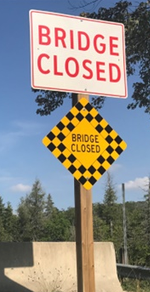 “Today, local governments are expected to provide everything from ambulances to recreation to long-term care and housing for our most vulnerable,” said Lynn Dollin, President of the Association of Municipalities of Ontario. “We have more extreme weather causing costly damage. And there are always new rules, regulations, and legislative requirements, which tend to increase costs. Property taxes can’t keep up with growing needs.”

Ontarians will go to the polls in a provincial election in June 2018. So far, the provincial leaders from all parties have rejected a sales tax increase and none, to date, have offered a significant concrete alternative to help close the almost $5 billion gap.

Municipal leaders evaluated more than 40 different revenue options to look for the solution that would best service Ontario’s diversity of municipal governments. When looking for a solution that would be sustainable, fair and flexible, a new 1 percent HST made the most sense compared to all alternatives. It has also proved more popular in public polls, with 73 percent of Ontarians polled supporting a 1 percent increase in HST dedicated solely to municipal infrastructure.

It is important for economic development to have good local infrastructure to move goods, services, and people. Businesses depend on communities with good roads and strong, essential local services. A sales tax would help communities deliver the services and infrastructure that businesses expect and depend on, while keeping commercial property tax rates competitive.  At the same time, for every $100 million dollars invested in public infrastructure, the GDP is boosted by $114 million dollars.

Sales taxes are less regressive than property taxes, which don’t take income into account at all. People who spend less, pay less in sales taxes. Special rebates further protect those with low incomes. A sales tax also means that everyone who uses municipal services – including visitors and tourists – would pay for those services.

Association of Municipalities of Ontario will be working hard to make sure that all provincial leaders consider the future of communities and municipal governments as they hit the campaign trail.

“Across the world, municipalities use sales taxes to fund services,” Ms. Dollin added. “If we don’t look at a new approach, property taxes will rise rapidly, or services will be cut deeply.”

Check out this handpicked feature on PowerON – Reuse and recycle.

WHO: Association of Municipalities of Ontario (AMO)

WHAT: Association representing nearly all of Ontario’s 444 municipal governments. 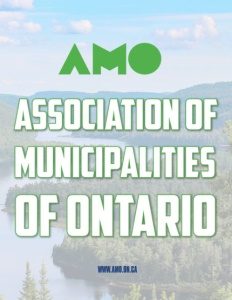