The latest in language

Certified Languages International (CLI) is a full-service language company specializing in over-the-phone interpreting and document translation services. Its customers include federal, state, and local government agencies; healthcare and pharmaceutical organizations; home, car, life, and health insurers; financial institutions; law firms and courtrooms; and schools. In fact, thousands of organizations across the country rely on CLI to help them communicate with a growing demographic of Limited English Proficient (LEP) speakers. Harnessing innovative technology, the most secure connections, and the highest caliber of professional interpreters, CLI continues to transform the landscape of language services, enabling its customers to better participate in today’s global economy. 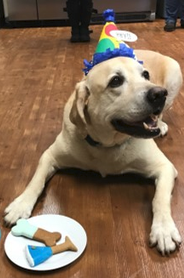 “The company was founded in 1996, by my father, Bill Graeper,” says its CEO, Kristin Quinlan. “He was a serial entrepreneur and a lot of his ventures were in the world of telecommunications and technology. He was on a contract for a company that dispatched live interpreters to locations, and he found that there was a potential need for interpreters to be sourced and available, anywhere, anytime, regardless of language, to service people who don’t speak English – most specifically in the medical arena, where most interpreting encounters were done face to face, not all languages were available in all locations, and a lot of patients had to wait a long time. He thought he could make a difference by making them available over the phone, so he wrote some very basic software to make this happen. Back then, telephone technology wasn’t very advanced, so a call would come in and he would have to press the receiver button to flash in a conference call with an interpreter. The first couple of years were really, really slow. But he had a vision and he never looked back.”

Quinlan became caught up in that vision in 2000, when her dad asked her to help him run the translation department, and write a couple of RFPs. “I came on part-time, while looking for a real job, after I got my youngest off to kindergarten,” she recounts. “I had been in the technology arena with Pioneer Electronics, and then with Arrow Electronics, the world’s largest distributor of semiconductors. I said ‘Yes, but I’ll give you six months.’ And here I am.”

Quinlan says that Graeper backed away from daily operations of the company, because, like many entrepreneurs, having the vision was much more interesting to him than executing it. “But it was interesting to me and I thought we could do this more efficiently; we can do this better,” she avers. “It’s completely surpassed all ideas of what he thought as far as size is concerned, but the basic concept that he was imagining is precisely what we are, today. And because of the technology and what we’ve done as a company, we’re much bigger and better than what he dreamed of. Although the first few years were fitful, we have not had a year in which we have gone backwards. We’ve grown between 15 and 30 percent, year over year, ever since 2006. In 2017, we did $37 million in business.”

Today, Certified Languages International has 145 employees and two locations – administrative offices and a call center in Portland, Oregon, and a redundant call center in Phoenix, Arizona. The company has clients in all 50 states, as well as interpreters across the country who service 226 different languages. Sixty percent of its business is in the healthcare industry – hospitals and medical clinics – largely due to the 1990 Americans with Disabilities Act, which mandates that any entity receiving federal funding of any sort has to supply, among other things, language services to people whose primary language is other than English – which is about 20 percent of the U.S. population.

“Outside of that, the verticals include the banking and financial arena,” Quinlan reports. “We do a lot of work in the insurance space; we do quite a bit of work for federal, state, and local governments; we do immigration, customs, and borders; we do Department of Homeland Security; we do airports; we do every Wal-Mart pharmacy in the nation; we do quite a bit of work in K-12 education.”

“We also enable many companies that are in the language space, primarily onsite interpreting and translation, who don’t offer over-the-phone interpreting,” she continues. “There’s a big barrier to entry, typically, in regard to the technology component, so we provide a white label, or reseller program, in which we will allow these companies to use our operations and interpreters to put them in the telephone interpreting business. So, essentially, we are helping our competitors, but the majority of business that they do is very regional and with existing relationships with clients that they provide services for in the language space in areas other than on-demand interpreting. So, it’s a pretty significant component of our business.” 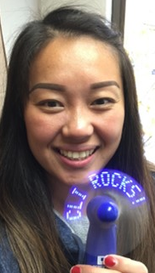 work as a value-added service for some of its clients, but generally doesn’t offer it as a standalone option. “We are mostly focused on what we do really well and what other companies don’t do well,” she declares. “There are a lot of companies that do written translation and conference interpreting, but there aren’t a lot of companies that do on-demand interpreting. So, we are primarily focused on consistent improvements on what we do in regards to on-demand interpreting.”

Another characteristic that differentiates Certified Languages International from its competitors, when it’s not actually helping them, is the premium that the company places on the quality of its interpreters. “We hire only experienced, proven, tested, and credentialed interpreters,” Quinlan asserts. “They have to be native speakers and we currently operate using U.S.-based interpreters who are familiar with the environment in which they’re interpreting.”

Quinlan, herself, sits on the Board of Directors of the Joint National Committee of Languages in Washington, D.C., an advocacy association comprised of over a hundred non-profit organizations that all focus on making sure that language access remains viable. “We’re also a big supporter of an organization called Interpret America that talks about furthering the profession of interpreting, and how do we, as an industry, talk about what technology is doing to the space. How is it changing the environment and what we’re doing with interpreting? We can’t ignore the fact that there’s a lot of mechanics put behind language learning and voice recognition. Are robots going to take over?”

And because emerging and future technologies are critical issues for CLI, Quinlan says that the company is always looking to see how it’s going to position itself to be a part of each and every technical evolution as it occurs. In the long run, though, she believes that as new technologies continue to provide broader language access and visibility, rather than replacing the human element, more of it will actually be required. “I do see language access evolving,” she proffers. “I see it changing. I see it broadening. And it’s driving the need for that human component even more. More situations are being identified as really needing human interference with regards to continuing a conversation. That’s helping our industry grow. So, we’re keeping our eye, constantly, on what technology is allowing us to do, and how we can drive technology to help us do what we do, better.”

In one critical area, though, Quinlan says that Certified Languages International eschews technology, altogether: “If a client calls and we don’t pick up the phone and it goes to voicemail, that’s a huge problem. We don’t automate anything with regards to customer service. We genuinely care about who we service. We’ve got clients that give us thousands of calls a day and we allow a huge amount of customization in regards to how we are able to talk them. We want to be able to have them access information, on demand, any way that is most meaningful to them. So, we don’t necessarily require the client operate the way we ask them to operate; we can be very, very nimble with the way we work with individual clients.”

“We’ll never be the lowest or highest price,” Quinlan says, in summation. “But it is most important that we’re delivering a quality product, and that we are the best partner in regards to working with our clients. And, while we are consistently in tune, and have our thumb on the pulse of changing language demographics, and needs, and requirements, we’re always evolving into what we offer.”

WHAT: A full-service language company specializing in over-the-phone interpreting and document translation services

Magna 5 – Magna5 is a nationwide provider of cloud-based communications, hybrid network, and IT Services solutions to help its clients manage, connect, and secure their information technologies. Magna5’s scalable, cost-effective, cloud-based solutions provide businesses with a secure, network rich, carrier-class, and hosted environment to better function and compete in the modern business world. – www.magna5global.com 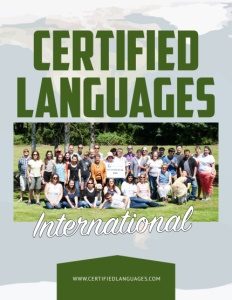