Timmins, Ontario – The city with a heart of gold

The city with a heart of gold

Business View Magazine interviews representatives from Timmins, Ontario, as part of our focus on best practices of Canadian cities.

Timmins is a city in northeastern Ontario, on the Mattagami River, with a population just shy of 42,000. It was established in the early 20th century, when gold discoveries in the area attracted prospectors and investors in what became known as The Porcupine Gold Rush. The story goes that on June 9, 1909, Jack Wilson and Harry Preston, along with their team, struck it rich when they found “a golden sidewalk”, which later became the Dome Mine. On October 9, 1909, Benny Hollinger discovered the gold-bearing quartz dike that later became known as the Hollinger Mines, and, a few days later, Sandy McIntyre discovered the McIntyre Mine near Pearl Lake, four miles away. 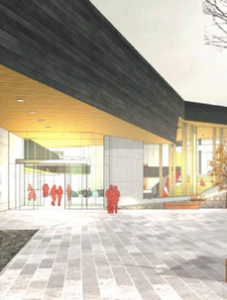 The “Big Three” mines soon dominated the area’s economy, especially after Noah Timmins, a financier and mine operator, along with his brother, Henry, bought out Hollinger’s share. In 1912, Noah’s nephew, Alphonse Paré, who was put in charge of the mine’s operations, named the company town that was founded, Timmins, after his uncle. The main Hollinger Mine operated until 1968, and during its lifetime 65,778,234 tons were milled, producing 19,327,691 ounces of gold, with an estimated value $564.7 million. By the year 2000, the entire Porcupine area had produced almost 67 million ounces of gold, making it one of the world’s most productive gold fields.

In 1973, 35 townships covering 1,260 square mile, including Porcupine, South Porcupine, Schumacher, Mountjoy and Timmins were organized into the City of Timmins. Today, the city’s economy is still based on natural resource extraction and is supported by industries related to lumbering and the mining of base and industrial minerals, including zinc, copper, nickel, and silver. Timmins, Ontario also serves a regional and distribution center, drawing consumers and trade from throughout the Cochrane District, the James Bay Coastal area, and nearby communities.

Timmins, Ontario also draws several interesting groups of people because of its unique combination of location, climate, and physical features. For example, the Victor M. Power Airport, several miles north of town, hosts a stratospheric balloon launch center, jointly developed by the Canadian and French Space Agencies. Timmins was chosen because of its prevailing winds and the amount of open space available. Weather researchers from around the world come to Timmins several times a year.

Each summer, Timmins, Ontario hosts a large Kayak festival on the Mattagami River that attracts competitors from all over North America, and in the winter, professional snowmobile racers in the Snow Cross Circuit come to Timmins to take advantage of early snows and some of the best snowmobile trails in Ontario.

Finally, there is Stars and Thunders, a yearly, eight-day, International Fireworks Competition & Music Festival which takes place at Hollinger Park, attracting world renowned artists to the city between June 24th and July 1st. The inaugural year saw country music icon, Keith Urban perform to a crowd of almost 20,000 people on Canada Day. This year will feature Canadian music icon, Bryan Adams and many other musical legends – and, of course, plenty of fireworks.

Recently, Business View Magazine spoke with members of Timmins, Ontario city government to find out what was going on in town, and what projects were at the top of their department agendas.

Public Works Manager Ken Krcel talks first about the street light retrofit program that the city just completed: “We converted all our incandescent street lights within the city to LED,” he reports. “We changed about 4,000 fixtures and the net project cost was about $2.2 million. We’re looking at a three to four year payback that will cover the cost of the lights. The major factor was cost savings for our electric bills, but it also helps the environment and saves money on maintenance – LED lights last a lot longer and use less energy.”

Another major project that the city has undertaken is the reconstruction of 21 kilometers of the main highway that bisects the city. “Back in the early ’90s, it was a provincial highway that was ‘downloaded’ to the city, which took it over and worked to maintain it,” says Krcel. “But, it’s in a very poor state of repair. So, we worked on a ten-year plan to reconstruct this arterial, four-lane road. So far, we’ve completed two phases of it – each phase costing, roughly, $4 million. 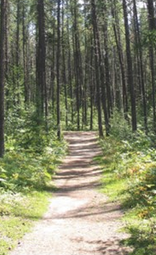 million UV treatment project for the city’s sanitary water system has just wrapped up. “It serves as a primary disinfection and reduces the amount of chlorine in the system,” he explains. Another project just completed by the city’s engineering and public utilities departments is an $80-million, secondary, wastewater treatment plant that significantly reduces the amounts of suspended solids going into the Mattagami River system. “It’s a great environmental project,” says Kukulka. “It helps the river to be more sustainable.”

Mark Jensen, Director of Community and Development Services, talks about plans for a new community amenity: “We recently hired a design firm to help us move forward with a detailed design to prepare construction drawings for a new multi-use recreational center, which would be an add-on to an existing arena within our community – the Archie Dillon Sportsplex,” he begins. “The cost estimate, based on conceptual design, is about $48 million. It will be a 68,000-square-foot facility to include an eight-lane, 25-meter, competition pool, a leisure pool, a fairly large children’s play structure, a warm therapy pool, a dry-lane training facility with multi-use courts, as well as squash courts and other rooms. We’re very hopeful that we’ll be receiving estimates within the next few weeks. This aims to be a jewel within our community; it’s meant to be a community hub, not only to service local residents but to reinforce the fact that we are a regional center. We’d also like to attract provincial, national, and even international competitions and events at this facility. We’re really trying to create something special.”

“The city is also involved in rejuvenating two key parks within our community – Whitewater Park in the east end of town and Hollinger Park in the Central portion,” Jensen continues. “Both are very popular parks to residents in our community, as well as visitors. Council has allocated approximately $2.5 million in funding to enhance both of these parks. We’ve hosted detailed, public, input sessions in 2016 and 2017, to give us an idea of what the public would like to see done. And that will help to formulate five-year capital plans for these parks.”

Timmins, Ontario is also paying attention to its downtown core. “The main downtown for the city, today, is registered as a BIA, a Business Improvement Area,” says Mayor Steve Black. “There’s an urban park there in the BIA, and they’ll do various events throughout the summer. Very recently, we went through a major hydro project, downtown, that involved constructing hydro vaults in order to move all the overhead wires underground, to beautify and improve the downtown aesthetics. They also set up decorative LED lights, and they have ongoing projects for beautification.”

“We have a Community Improvement Program (CIP) that has been in place since 2007 to help promote growth and development in our downtown core, recognizing that the infrastructure is already in the ground and is underutilized,” Jensen adds. “So, rather than expanding the boundaries of the city and extending infrastructure, we’re trying to take advantage of what’s already there, and maximize what we have. We’ve been very successful in terms of attracting a number of major projects, downtown, in recent years. We had a brand new federal building constructed; we had a reconstruction of a former retail site; we had a major hotel development; and a redevelopment of a former hospital into a retirement home. So our CIP has been very successful in terms of offering incentives and generating interest from the development community to invest in our downtown core. We’re also working on a Community Improvement Plan for industrial and commercial sites in our community. We’re looking at incentives to clean up dirty properties and bring them into more productive uses, as well as attracting more industrial and commercial investment.”

Timmins’ Chief Administrative Officer, Dave Landers, mentions yet another local project – a partnership between the Northern College of Applied Arts and Technology and the Cochrane District Social Services Administration Board, for a Center of Excellence for Integrated Emergency Services at the Northern College campus. “The college has started construction at a site that is going to teach emergency services – police and fire services and paramedic services – in a building that’s integrated with an ambulance base and a volunteer fire hall,” he says. “The City of Timmins is responsible for fire services and we’re moving our volunteer fire service out of a 70-year-old building and into the new Center of Excellence, which is slated to open in the fall.”

New projects and traditional pastimes all combine to make Timmins, Ontario, truly, the City with a Heart of Gold.

WHERE: Northeastern Ontario, on the Mattagami River

Sword Security Canada – Sword Security was founded in Ireland in the late 1990s by Diarmuid Smyth and became the leading supplier of crowd management and event security services in the country, before expanding into the UK market in 2006. The UK operations grew quickly due to the quality of the company’s service and professionalism, and in 2011, it was awarded the contract for Crowd Management and Stewarding for the Olympic Park and other LOCOG venues for the London Olympic Games of 2012. In 2013 Sword acquired Lowell Security and launched in Canada, where it is now a leading provider of services to the sports and entertainment sectors in Toronto, as well as maintaining operations in Northern Ontario under the Lowell brand.  – www.swordsecurity.ca 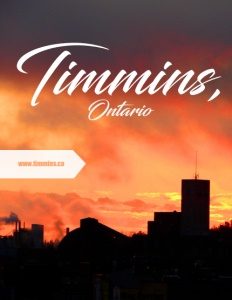