Clarence-Rockland, Ontario – A jewel of a community

A jewel of a community

Guy Desjardins, Mayor of Clarence-Rockland, Ontario, describes his municipality as a “jewel” with a plethora of desirable attributes. Indeed, anyone who’s had the pleasure of visiting, doing business, or living in the community will wholeheartedly agree. Located only 45 minutes from downtown Ottawa, an hour and a half from downtown Montreal, and one hour from the U.S. border, this eastern Ontario gem offers the best of all worlds. 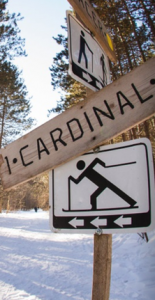 According to the Mayor, “We started as a sawmill town because we are next to the Ottawa River. Within a 10-minute walk, you can be at the river, which is a real jewel for us now. Back then, it was a place that brought the work, but now we use it as a draw. We even have a summertime festival for it.”

Clarence-Rockland was amalgamated in 1998 and consists of one major city (Rockland) which is home to half the population of about 24,500. The other half is spread over five villages. The majority of residents are bilingual, and most municipal services operate in both French and English.

“We’re a good town,” says Desjardins. “We’ve got a lot of mix from urban to agriculture. Within five minutes you can be out into a farm area. Fifteen minutes from the main part of Rockland is 10,000 hectares of forest, bush, trails that is partly in our municipality and partly in another municipality owned by the County. It’s another jewel, perfect for walking, snowshoeing, and cross-country skiing. We have one forest near Bouget that is also owned by our municipality and we maintain that for activities in all seasons.”

Clarence-Rockland has 200 km. of roads under its care. When Mayor Desjardins was first campaigning, he heard many complaints about the infrastructure, so he and his team developed a strategic plan of sorts. He explains, “We asked the people what the level of importance was and what the level of satisfaction was for many of our services. When it came to street repairs, the importance was 97 percent, but the satisfaction was only 27 percent. So, we’ve been working on that for the last few years and people are saying they’ve never seen so much work done on our roads. They were in poor condition.”

Snow removal, fire, police, garbage collection all have a good record, but the Mayor and his team keep working for even better results. They’re planning on building two fire stations this year – one in Rockland and another in Bourget, where ambulances will also be stationed. The city’s technology department is always monitoring and upgrading services. A spring 2017 flood necessitated the community to declare a state of emergency. When the emergency system was activated, it was soon obvious where help and upgrades were needed.

“This was a good lesson for us,” says the Mayor, adding, “We partner with the county for many of our services, like the contracts for road services, etc. They get the contracts, we share the good prices with them. When it comes to corporate culture, we’re still a small town. You can phone the Mayor anytime in his office; my home phone number is in the phone book. People leave me messages and I always respond, because we like to be accessible. They always feel better when they call the Mayor or their Councillor and get answers.”

Increasing the number of lanes on the main road from Clarence-Rockland to Ottawa is top priority. According to Desjardins, “We’re constantly going after the federal and provincial governments for capital investments. Our concern right now is a four-lane. We’ve got a bus service, but the biggest complaint is they’re stuck in morning traffic. The federal government is pushing for an HOV (High Occupancy Vehicle) lane, which is good for our transit service. And we’ve been given $40 million by the province of Ontario to go ahead with the four-lane highway. The environmental study just came out and has been approved by the province. It covers right up to the four-lane Queensway in Ottawa. The LRT (Light Rail Transit), when finished, would go to the edge of Orleans. We would bring our bus service right to that LRT, making it much easier to get to downtown Ottawa because you’d have no traffic to fight with.”

Strategically situated in the Ottawa corridor, close to Quebec 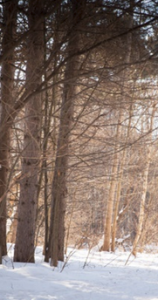 and U.S. borders, Clarence-Rockland is a prime location to live and do business. It officially calls itself a bilingual town, and most companies are bilingual, as well. Plans for corporate financing are in the works to address economic development charges, because the city has been recognized as one of the fastest growing in the area. Approximately 4,000 houses are now in the planning stages.

Mayor Desjardins stresses the push for more industrial land. “We are too low on the commercial and industrial part. So, we’ve hired someone for economic development to see where we can develop and create some land for industrial use. We’re also working with the County on that because they are quite interested – more taxes for them. We did have an industrial park, but it’s full. I’d like to see the city work with the contractors, instead of buying industrial land because we’re already building two firehalls and have a big sewer system project coming soon. The laws of Ontario limit us to 25 percent of our revenue going to interest payments, so that dictates the amount we can borrow as a municipality. I would rather go in partnership with land owners and help them develop this land. We have lots of property around, it’s just a matter of doing rezoning, which would help the contractors.”

The city opted to build a double arena on a large piece of available land and hasn’t regretted that decision. It’s now home to the Canadian International Hockey Academy (CIH Academy) – eastern Canada’s premier hockey prep school. As for green initiatives, Clarence-Rockland does leaf waste collection, all kinds of recycling, and has committed many buildings to storm water management. They’re currently in the process of changing municipal lighting to LED, which will help the environment and bring savings on hydro costs.

The Mayor touts the city’s location as “such a positive thing: the forest, the river, accessibility to the Laurentians. For shopping, we have big names like Walmart and lots of unique small retail stores. Our eclectic mix of urban and agricultural is a great environment for raising kids. We went in partnership with the school board and built a sportsplex with a pool. The YMCA is operating that for us. We then built the library on that same school board land and added a theater room with 500 seats that retract into the wall. During the day, it’s used as a cafeteria for the school.”

Diversity is another exciting community asset. Along with both English and French schools, Clarence-Rockland has been working for the last two years on twinning with the city of Boeun in South Korea. A twinning agreement signed by the two communities on January 15th, 2018 promises to promote cooperation, understanding among their citizens, and encourage exchanges between the two cities. Mayor Desjardins shares his optimism, “The twinning with Boeun, South Korea is another charm for us. We have a lot of Korean kids going to school here, and so many other cultures, as well. We embrace them all.”

Offering a skilled workforce, steady residential growth, sports and cultural activities, charming villages, rich history, and a highly sought-after location, the city of Clarence-Rockland is perfectly poised to take on the future. Bienvenue!

WHERE: In the United Counties of Prescott and Russell on the Ottawa River.

Upper Canada District School Board – The Upper Canada District School Board is a high quality, educational organization comprised of 81 schools, with approximately 4,200 staff educating around 27,000 students. It is one of the largest public school boards in Ontario in terms of geographical area, encompassing the counties in the easternmost portion of the province, including the cities of Brockville, Clarence-Rockland, Carleton Place, Cornwall, and Akwesasne.  – www.ucdsb.on.ca 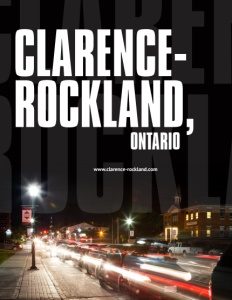