On Interstate 69E, five miles south of Harlingen, Texas, and just over 20 miles north of Matamoros-Brownsville, one of the six transborder agglomerations along the Mexico-U.S. border, sits the beautiful City of San Benito. A one-of-a-kind South Texas town, San Benito is best known for its oxbow lakes (resacas) and for being the birthplace of Tex-Mex (conjunto) music.

In the spring of 2019, the San Benito City Commission proposed a 10-acre, three-phase commercial development to be named Resaca Village, named after the 80-foot-wide waterway that winds through the calm, but thriving suburb. With the first phase of that multimillion-dollar project now complete, and San Benito’s first resaca-side commercial development open for business, the City is poised to implement two House bills that would allow San Benito the flexibility of using its municipal occupancy funds to incentivize the development of a hotel and convention center, along with a sports facility. 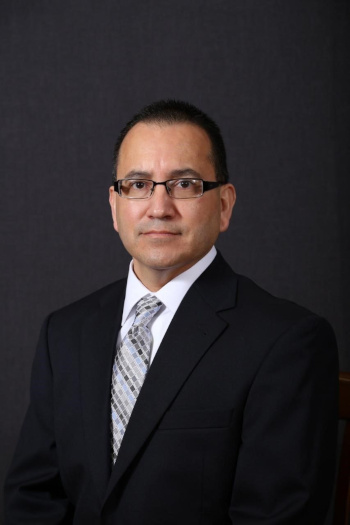 San Benito’s City Manager, Manuel De La Rosa, reports, “We were very lucky to garner support from our local State senator, Eddie Lucio Jr., and his son, State Representative Eddie Lucio III. Each one submitted a Senate bill and a House bill, respectively. The Senate bill got merged with others, so we came out with House bill 2199 and House bill 4347.”

In July 2020, 13 months after this legislation became law, a development agreement was reached with Western Spherical Developers, LLC out of Friendswood, Texas, to build what will be the Rio Grande Valley Epicenter (RGVE) – a $115-million hotel and convention center project. Its amenities will include a 23,000-square-foot convention center, a five-acre crystal lagoon, a select-service hotel that will support large venue conventions, an interactive education venue, restaurants, retail space, athletic and entertainment-related facilities, green space, and professional office space. According to David C. Miles, Manager of Western Spherical Developers, “The construction, development, and operation of RGV Epicenter will create approximately 319 full-time construction jobs and 758 direct and indirect full-time local jobs during the construction phase, and another 1,013 direct, indirect, and induced full time local jobs during the operation of the hotel and convention center.”

“What’s great is that the City of San Benito isn’t having to front any money,” shares De La Rosa. “We’re not having to issue bonds or any other debt. There’s no burden on our taxpayers. This project is completely developer-driven, based on performance metrics. Should they deliver on the goals they’ve claimed, they’ll get the incentives on the backend.” The development site for the RGVE is conveniently located within a 10-minute drive of Valley International Airport, two miles from Harlingen Medical Center, and three miles from Valley Baptist Hospital, all in neighboring Harlingen.

“The City of Harlingen has a population of about 80,000,” De La Rosa explains. “Ours is about 25,000. But you can’t tell when you’re leaving one community and entering the other. They’re abutting each other. We have quick and simple access to all of Harlingen’s amenities, including the new University of Texas Rio Grande Valley (UTRGV) School of Medicine. Because of the university’s proximity to the RGVE development, Phase Two of the project is going to involve the construction of housing for young medical professionals. We’re also going to use that platform to try to promote future medical facilities.”

Living in a part of the country where temperatures are pleasant almost year-round, you can’t do better than San Benito for outdoor recreation. The weather in the Rio Grande Valley – a floodplain that drains into the Rio Grande – easily lends itself to what Bernard Rodriguez, the City’s Planning and Development Director, describes as ‘active tourism’. He notes, “We offer parks along the resaca that are joined by a walking trail. Whether you’re walking, running, cycling, or strolling with your kids, it’s always open and in use. Throughout the Valley, birdwatching-ecotourism is another huge amenity that we’re offering. The City of San Benito is developing, in stages, an evolving wetlands combined with a water purification ecosystem. The wetlands provide a pristine habitat for various plant and animal species. We’re hoping to become a major player in the ecotourism market.”

The COVID-19 pandemic prompted the City Commission to “sit down and re-evaluate” what sustainable plans for economic development would look like for San Benito moving forward. “We’ve been fortunate,” Rodriguez admits. “The projects we’d lined up prior to the pandemic are still moving ahead. Resaca Village is now the most desirable retail center in San Benito. If you can just envision this: the front doors of the business leading out to your standard parking lot, and the back doors opening out to a patio with a walking trail along the resaca. With COVID-19, we need public spaces that lend themselves to not being enclosed. This outdoor seating area is an amenity that will invite people to come into Resaca Village, and that’s good. That’s our objective. We want to be a destination point.” 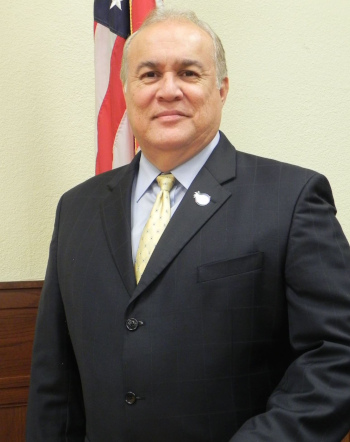 Despite stay-at-home mandates and other community-wide setbacks, renovations to the San Benito Cultural Arts Center – a building formerly leased to the Narciso Martinez Cultural Arts Center – are still advancing as planned. “We’re continuing to work on economic engines for the City,” says De La Rosa. He drops mention of a cultural district that’s being developed that will showcase the city’s rich history as a 1900s-era agricultural hub, and feature the new San Benito Cultural Heritage Center, the Community Building, as well as the old public library. “We’re primarily a suburban community, and if we don’t have an industry that’s creating a revenue stream, that means we’re burdening our taxpayers with improvements,” adds De La Rosa. “But if we can build platforms for either ecotourism, cultural tourism, or hotel and convention business, and create hospitality-type jobs, we’ll be improving the quality of life here for everybody.”

Ultimately, De La Rosa wants to help move skilled workers out of the fast-food industry, and into longer-term, more sustainable local jobs. San Benito is situated in Cameron County, one of the most disadvantaged counties in the U.S. Thirty-seven percent of their population – and the number holds the same in the County – is either at or below the poverty level. And although, geographically speaking, San Benito happens to sit at the heart of the County, the two hubs of industry currently lie outside its boundaries in Harlingen and Brownsville.

“We have a history that goes beyond these two communities,” De La Rosa says. “We began as an agricultural economy and that’s starting to make a comeback. We have access to the international bridges both to the west and south of us. You can’t get to South Padre island without going through San Benito. And a lot of well-to-do Mexican nationals that are on tours in the U.S., in Texas, come up through the Matamoros-Brownsville area northward. They go through San Benito to continue onto larger cities north of us. Elon Musk has the SpaceX site out at Boca Chica beach, which is 20 miles east of Brownsville. You could throw a rock is how close Mexico is to that site. All that future space technology will bring a different caliber of professionals here, and many of them aren’t looking to live along a border council. They’ll come more inland. And before they get into Harlingen, we’re trying to attract them here with our housing.”

San Benito is continuing to invest in upgrading its housing stock, bringing it from the lower end to more middle-income for the area. De La Rosa, notes, “Musk is looking at building a luxury resort out there, in Boca Chica Village, for his employees. But they won’t live there continuously because it’s a resort. It’s mainly for tourism. All those things are working well for us. We’re continuing to get requests for plats, which are housing subdivisions – anywhere between 30 and 40 houses at a time.”

Nicknamed “The Resaca City”, everything about San Benito eventually comes back to water. The South Texan town was founded in 1904 by Col. Sam Robertson, a wealthy civil engineer and builder, who saw farming potential in the Rio Grande Valley and set out to build the irrigation canals that soon put San Benito (then-named “Bessie”, after the daughter of railroad financier, Benjamin Franklin Yoakum) on the map. Now, as part of a 2012 agreement with the Texas Commission on Environmental Quality (TCEQ), San Benito has opted to fund a $9 million sewer upgrade in participation with the Sanitary Sewer Overflow Initiative program.

“We’re dependent on these surface waters,” says De La Rosa. “And our water treatment facility is 90 years old. That means we’ve got pipes in the ground that are 90 years old. We’ve got sewer lines that are probably 60 years old. That’s how far back our records in easements go. So, we’ve been working toward improving our sanitary sewer systems and our pumping capacity. The $9 million won’t just go into sanitary; we’re making improvements to water plants, sewer plants, lift stations. It’s likely that half of that investment will go toward future upgrades. It’s a proactive measure, not a reactive measure, and that sums up the City Commission’s goals for public health, safety, and resilience in San Benito.”

The Rio Grande Valley Epicenter (RGVE) is a unique mixed-use development anchored by a hotel and convention resort. The comprehensive vision for RGVE incorporates the region’s culture, natural amenities, creates partnership opportunities with business and community organizations, and supports the expansion of new and existing industry including technology, sports, and entertainment,” Developer David Miles stated, “Western Spherical Developers looks forward to partnering with elected officials and local leadership toward economic development, job creation, and a destination point for local citizens and international visitors.”

In July 2020, the San Benito City Commission formally approved a development agreement with Western Spherical Developers, LLC for Rio Grande Valley Epicenter (RGVE), a $115 M mixed-use commercial 38-acre development (first phase of an overall 65-acre development). In addition to the 65- acre site, an adjacent 50-acre tract is under contract for future expansion in innovation technology and a medical village.  The two tracks represent a comprehensive development plan of 115 acres.

Located at the northeast corner of I-69 and FM 509, RGVE offers an ideal destination for regional and international visitors as well as innovative business initiatives.

KRI-Keller Realty serves as the RGVE’s contact for tenancy. Keller Realty has a deep-rooted history as a commercial and residential real estate business and community partner. “We understand the business needs of the Rio Grande Valley region and how the RGV Epicenter project represents many opportunities for our growth” stated James Keller, President, Keller Realty.

“RGV’s economic mix and existing tourism offers one of the most vibrant opportunities in the US. Our firm wants to be involved” shares Charles Johnson, President, Johnson Consulting.  With over 100 years of combined expertise with projects of international scope, Johnson Consulting is uniquely positioned to bring hospitality, convention, entertainment, and sports venues.  “RGV is rich in economic development opportunities for destination projects and partnership initiatives”, added Johnson.  “We believe in the positive impact RGV Epicenter represents.”

The team at Western Spherical Developers is proud to be the premier developer for the Rio Grande Valley Epicenter and looks forward to being an active community partner.