Charlie Clark was elected Mayor of Saskatoon in October 2016. Previous to that, he was the Ward 6 City Councilor for 10 years. His professional background is in the areas of mediation, education, and community economic development. Clark has been part of nation-wide conversations about the key role cities play as engines of innovation and in ensuring the quality of life for all citizens. He has presented nationally at conferences on affordable housing, urban development, policing, and community safety issues. He is committed to working with the talent and resilience of the people of Saskatoon to be the city that gets it right. 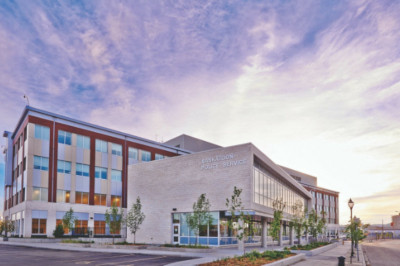 “So it has been about a year and a half and really at a time when we are working to position the city of Saskatoon as a vibrant, attractive and competitive city,” explains Clark. “And the way to get there, in my view, combines making sure that as we plan the city, we try to design and direct that growth towards making sure we have a strong center city, a strong downtown, and that we don’t face the doughnut effect of urban sprawl that a lot of cities have. In the prairies, that can be a challenge because there are no physical barriers to growth. And so our urban design, our transportation design, and everything we move forward on, needs to have this focus.”

Saskatoon is a very car-dependent city. It also has the notorious record of having the highest greenhouse gas emissions per capita in the world because of a combination of factors. Saskatchewan primarily uses coal as its energy source, but it is also a low-density city that is very spread out so that requires a lot of driving. Lastly, many of the buildings were constructed before energy efficiency was a factor. This is all something that Clark would like to change, even if he is realistic that the change will not happen overnight.

But change it must. A decade ago the city boasted 200,000 people. Over the last ten years, 70,000 people have moved in. Not only has that created a global city with people emigrating from all over the world, but it has also meant a lot of movement within the First Nations and Indigenous community which is now the fastest growing population. “Our goal has to be building a community where everyone has shared opportunities,” says Clark, “where we work and have a sense of unity as opposed to being polarized and divided. We are trying to tackle racism and ensure that all different parties have the same opportunity. This means that whether you have just arrived as a refugee from Syria or are coming from a First Nations reserve or have just moved here from a small town or are someone that has been here for a long time, that you have opportunities within the economy and a sense of belonging.”

He goes on to point out that this sense of unity and inclusiveness has been part of Saskatoon for a long time. In 1988, it became the first city in Canada to establish an urban reserve by creating an agreement with Muskeg Lake Cree First Nation. The reserve now has land holdings of 48 acres in the city area and a population of over 2,000 people. This is also one of five reserves within city limits. Property reserve status allows the First Nations community to operate it as part of its reserve with benefits such as employment and trade within the city.

A key focus of our development is the economy,” Clark continues. “We are trying to position ourselves to make sure that as the economy changes and moves into a technologically-based economy that there are new jobs and opportunities here. We have been agricultural and resource-based and even those sectors are shifting towards more technology so we want to make sure that along with new jobs, it is still viable for those sectors as well. We want to make sure there is no reason to go elsewhere. That is a really key part of our future.”

Saskatchewan is the world’s largest producer of potash, which is primarily used as a nutrient in fertilizers. There is also oil, natural gas, uranium and agriculture. Saskatoon, itself, boasts the head offices of the uranium company, Cameco, as well as the potash producer Nutrium, which is the fourth largest agricultural company in the world. The head offices of the Federated Co-Op are also located there. This is a national consortium of different co-op retail and service centers.

Going forward, Clark sees the city continuing to work on providing solutions to many of the challenges that the world, at large, is going to be facing. “So, we are interested in seeing expansion in research and opportunity in renewable energy,” he explains. “We have a great solar capacity and potential in this area. Even though it is cold in the winter, the sun shines a great deal. And then, we have some tech companies that are also involved in addressing key world problems. There is a company called Solido Design Automation, for example, that helps computers become faster and works with companies that are creating computer processes. This company grew right out of the University of Saskatchewan, here. We also have a lot of innovation in health care with things like remote healthcare provision where instead of having doctors and surgeons in very small, far-flung communities, they are providing some of those services remotely, but still providing quality.” 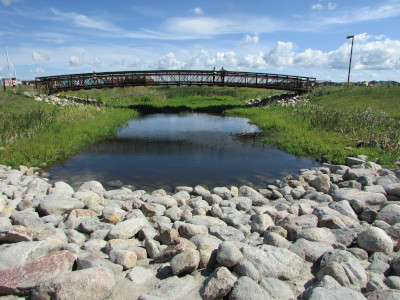 Saskatoon is also working to try and facilitate the development of more solar energy projects – whether on unused or underutilized land in the city, or on rooftops. The city is in partnership with the Saskatoon Tribal Council, a local consortium of seven different First Nations in the area, to develop a hydro dam on the river. It really is a place that wants to become better.

“There has been a recent announcement where the federal government identified five different innovation super collectors across the country and Saskatchewan was named for protein,” says Clark. “That is really providing and adding value to pulse crops – things like chickpeas and lentils and soybeans which are grown here. As the world gets more populated and people can’t all have steaks and hamburgers every day because of the amount of energy required to support a meat-based diet, a plant-based protein diet is becoming increasingly important. And right now, we are a major supplier of those pulses to the Middle East, to India, to countries that need that protein. So, we are wanting to grow that.”

All of this growth necessitates expansion in cultural and recreational aspects, as well. To attract and keep a workforce comprised mostly of Millennials requires a certain type of living space. Compared to larger Canadian centers like Vancouver, Toronto, or Montreal, Saskatoon offers a much better quality of life.

“The work/life balance here is much better,” says Clark. “People can live a good life. They can own their own house here and can have what we like to advertise as a ‘two-song commute.’ It takes, literally, two songs in your MP3 player or your CD player while you are getting to work, because it is easy to get around in our city. The other reality is that people are just not as competitive with each other. There is this sense that, here in Saskatoon and Saskatchewan, people work together to build companies. They are not trying to push each other out of the way and climb over each other to get where they want to go. Our environment allows you to be more successful by creating great teams – teams that work together and teams that collaborate so everyone can put their best foot forward.”

As the downtown is redeveloped, people are taking some beautiful old warehouse buildings and brick buildings, as well as some old apartments, and remaking them with an eye for character. The idea is to create vibrancy. “It goes back to the conversation about the Millennials,” Clark interjects. “If we don’t have great restaurants and a good art scene and an interesting city core that gives us that character, it is a lot harder to attract that next generation of staff and talent in the knowledge sector. And we do have some amazing restaurants. Saskatoon has received accolades in Food and Wine Magazine as being the hottest food market in 2017. The Wall Street Journal has profiled some of the restaurants here, and The New York Times identified Saskatoon as number 18 on the list of 52 places in the world to visit in 2018. That is pretty exciting and it was the only Canadian city to make it on the list.”

“We just built and opened a new art gallery called the Remai Modern Art Gallery in October of last year,” he continues, “and it has the largest collection of Picasso linocuts in the world. So, that is a kind of a cool story of ‘Picasso on the prairies,’ but it also an incredible collection of prairie and plains art from across North America, and a tremendous collection of art that shows the history of people as artists in this area.”

“We have land available and we have a growing regulatory framework working in our region,” Clark boasts, “so that we can facilitate companies that want to move here and have a fair process. The city itself has the most overall, competitive tax environment of any jurisdiction in Canada. So, if you look at the combination of income taxes, corporate taxes, property taxes, and even utility rates, we have been identified in several studies as the most competitive – even in North America.”

“I would say that adapting to the quickly changing economy, which is becoming a technological economy, is the greatest challenge we face as a community,” Clark insists. “Automation is going to be a part of a city like ours. It is really important that we are creating the conditions for some of those knowledge-based and technology jobs. And we also need more manufacturing in order to keep adding value. We produce raw resources, whether in gas or lumber or agriculture, but we need to keep adding more value to that, so we are not just shipping the resources and then buying back the finished products from other places. That is a really key piece – making sure that we are as diversified as possible in our economy, here, so that if the price of potash, or oil, or uranium, drops, we are not so vulnerable. All three of those dropped in 2015, and it certainly created some challenges in our situation.”

Check out this handpicked feature on The City of Swift Current: Where Life Makes Sense. 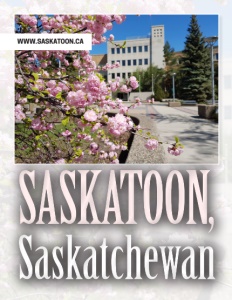