Summit County, Utah, so named because it includes some of the highest mountain peaks in the state, is committed to incorporating environmentally, socially, and economically sustainable practices in government operations and in the services and program opportunities it provides its residents and businesses. Central to the county’s environmental sustainability initiatives are goals regarding renewable energy and greenhouse gas reductions. In October 2017, Summit County Council members showed their commitment to renewable electric energy by signing a resolution establishing a goal to make the transition to clean, renewable electrical energy for residents, businesses, and county operations by 2032. The resolution is the first of its kind for a county in Utah, and third in the country, behind Marin County, California and Multnomah County, Oregon. 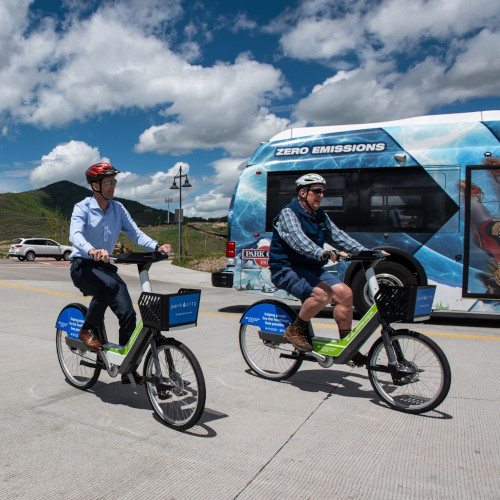 E-Bike Riders and the E-Bus

Lisa Yoder, Summit County’s Sustainability Manager, reports that the county is partnering with the area’s utility provider, Rocky Mountain Power, to reach its renewable energy goals. “We are working with them to make renewable energy available community-wide, which requires enabling legislation and some policy changes,” she states. “So, it’s a heavy lift, but the important thing to know is, the county is working with the utility and neighboring cities and municipalities who all have a common goal – to be a hundred percent renewable within a couple of years without impacting other non-participating municipalities’ rates. It can actually begin to change the resource mix for the utility if all things line up and it looks cost-effective. So, it’s a big deal.”

Yoder explains that the current energy mix for the production of the area’s electricity is predominantly coal and natural gas with some renewables, as well – wind, geothermal, and solar. “It’s all going into the grid, now,” she notes. “The new mix will achieve a net-measured electricity –  we’re not asking to shut down existing facilities, but working to incorporate new, renewable resources, primarily solar, possibly wind and geothermal, preferably sited in Utah to serve these municipalities. The goal is to make renewable energy available to municipalities and counties in Utah who want to buy renewable energy, and allow the utility to build renewable assets sufficient to supply that amount of electricity into the grid for us to purchase.”

The utility, and the three municipalities that have promulgated similar resolutions – Summit County, Park City, which is in Summit County, and nearby Salt Lake City, have already met with the state’s Public Utilities Interim Legislative Committee and gotten a favorable vote to move the partnership forward. “The enabling legislation is necessary because the utility is required to serve all rate payers at the lowest cost and this enables the utility to carve out a section of customers and treat them differently,” Yoder explains. “It sets up the steps that a community must take to determine the cost of renewable energy without impacting the standard service offering from the utility. It sets up the parameters to move forward on this path.” According to a study commissioned by the county, by 2032, the cost for 100 percent renewable electricity for the average household is estimated to be a little less than $10 per month higher than the cost of standard-offer Rocky Mountain Power electricity service.  However, that study assumed renewable energy costs that have since proven to be significantly lower, presumably that would result in even lower cost impacts to households at the same time that the cost of operating coal-fired power plants has been shown to increase.  Altogether, the window of opportunity is perfect for this collaborative approach to transitioning to a net 100% renewable electrical energy. 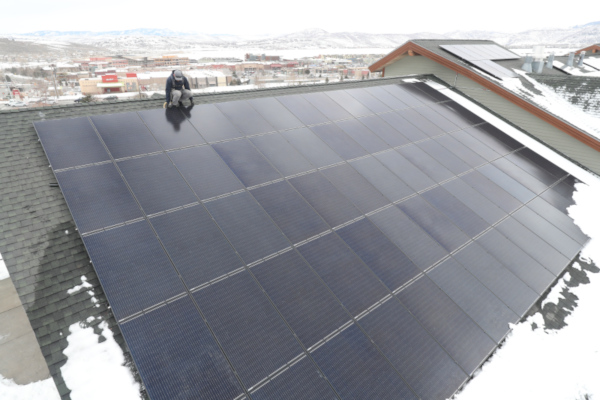 Originally, Yoder says that the County considered the Community Choice Aggregation (CCA) model, an alternative to the investor-owned utility energy supply system, in which local entities aggregate the buying power of individual customers within a defined jurisdiction in order to secure alternative energy supply contracts. Currently CCAS are possible in the states of Massachusetts, Ohio, California, Illinois, New Jersey, New York, and Rhode Island, and serve nearly 5 percent of Americans in over 1,300 municipalities. “Our early discussions explored Community Choice Aggregation, but the utility was opposed to that,” she says, “because it forces them to do all the paper work for the customers who want 100 percent renewable, but aren’t buying it from the utility. So, they weren’t willing to play that game.”

“We said we don’t want to fight the utility,” Yoder continues. “So, how can we work with it? We could form our own public utility, but, as a municipality, we don’t want that. They provide electricity and we’re not electricity experts. So, let’s work with the utility. What makes it palatable to them and helps us meet our goals?”

The answer, according to Yoder lies in the bottom line. As more and more communities like hers push their utility companies to transition to renewable power, the economics redound to their favor. “The market and the economics don’t support coal as a way to produce electricity,” she avers. “Nobody is mandating that the utility shut down anything, but as their assets expire or become less economical, because coal is more expensive, currently, than solar or wind, it becomes a normal transition over time. Now you have a new way to generate power from readily available natural sources, where you don’t have to continually buy coal or gas. And some utilities are seeing that they can make money in renewable electricity. Instead of competing with renewables, adopt them, use them, make money from them. The transformation of energy is going to happen over the next 50 years, anyway. We’re just enabling it to occur quicker.” 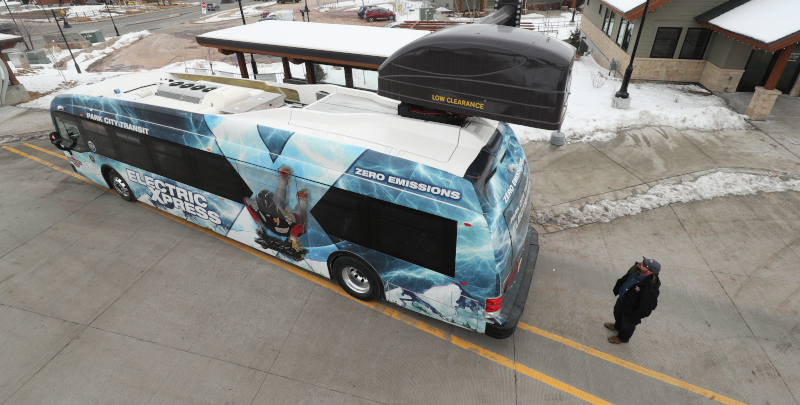 “That’s where we’re at,” Yoder concludes. “We all want this to succeed and we have some winning, incremental steps underway.  We are working together to write the legislation that will enable us to continue on this endeavor to make it a reality.” Yoder adds that they are hoping to pass the enabling legislation by this spring. Then, the communities who desire 100 percent net renewable energy would quantify their combined load and issue RFPs, soliciting bids that would be used by the Public Service Commission to establish what the rates would be. “It would then be couple of years before everything would be approved. But, by the time 2032 hits, the intent is to have this in place, fully built out.”

Yoder adds that the resolution passed by the County Council also mandates a reduction of its greenhouse gas emissions by 80 percent by 2040 for county operations, and 2050 for the entire community. “To achieve that, the biggest contribution will be from the transition to 100 percent renewable energy. The second major area of greenhouse gas emissions comes from transportation.” And in that regard, Summit County is already on a sustainable path, going forward. “We have a facility at the county (the Sheldon Richins Services building), where we have electric vehicle charging; we have electric bicycles for a bike share program; we have a fully-electric bus system,” she states. “All of these are located at the county transit center, powered by solar energy, where the whole future is showcased. There’s a tremendous amount of collaboration going on in the community. Summit County is making progressive things happen.”

Check out this handpicked feature on Linn County, Iowa – Still in. 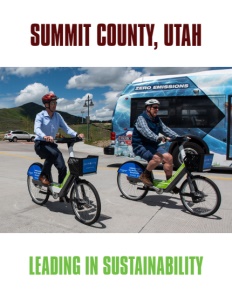