Brownsville, Texas – On the border by the sea

On the border by the sea

Since its founding in 1848, Brownsville has grown from a Mexican War military post to the largest city in the Rio Grande Valley and one of the most important historic sites in the State of Texas. Brownsville earned the title “back door to the Confederacy” during the Civil War because trade goods, especially cotton, could be taken across the border from the city to Mexico and shipped out, avoiding the Union blockade of Confederate ports.

Today, Brownsville is home to upwards of 175,000 residents and covers nearly 150 square miles, with 350 miles of paved streets. At an assessed valuation of more than $6 billion, the city has nearly quadrupled its wealth in the past 15 years. Brownsville embraces its past and annually hosts thousands of tourists who take in the history, while enjoying the climate and proximity to Mexico, as well.

Pointing out some of the city’s best assets, Michael Lopez, Assistant City Manager of Brownsville reports, “We have one of the largest multi-sports complexes here in the lower Rio Grande Valley in south Texas. We’re huge on active transportation and tourism. The whole Rio Grande Valley had a 428-mile network of cycling, pedestrian, and paddling.  And just in the city of Brownsville, we have 96 miles that will link you to beaches along resacas and waterways. The resacas are a big component of Brownsville for their beauty and function. They’re great for walking, paddling, you can have a resaca in your backyard, even when you have a city feel. It’s like a small river inside of a city.”

City Manager, Noel Bernal, adds, “They’re natural water features that extend off the Rio Grande River. The land is scarred by these resacas that were created in the past whenever major flood waters would overrun the river. Resacas are used for recreation, as well as flood control – they do provide some capacity for drainage, and also a water supply.” In addition, Brownsville is home to a Wildlife Preserve in the National Historic Park and is a member of the World Birding Center. The city is known as a great birdwatching community, drawing visitors from all over North America and beyond. 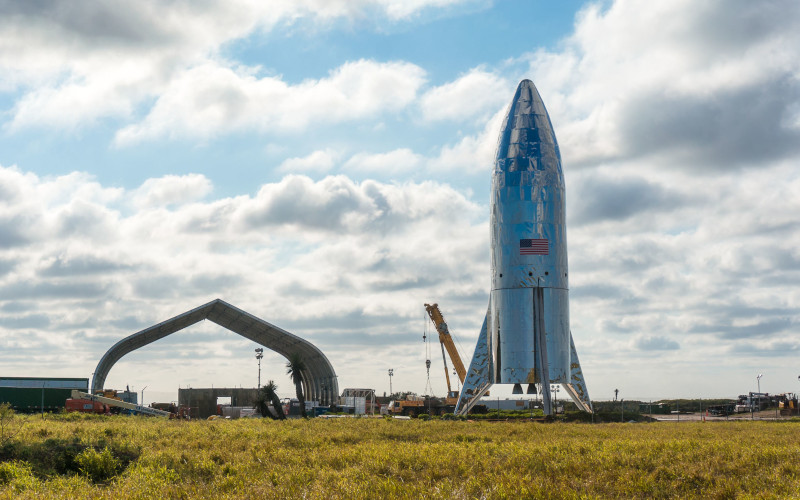 The cultural aspect is another unique attribute. With its proximity to the border, Brownsville has an excellent connection with its sister city of Matamoros in Mexico. To celebrate the bi-national friendship that’s been going on for about 82 years, Brownsville hosts Charro Days, featuring elegant costume balls, parades, and a multi-day festival that highlights the unity of the two communities.

For businesses, the Port of Brownsville is a significant bonus. Lopez notes, “The Port is one of our partners. It’s the southernmost deep water seaport, and runs about 17 miles along our ship channel. A lot of the ships that are being decommissioned from the navy are taken apart there. The steelworks handle steel products and liquid and dry bulk commodities. We have huge landholdings and that’s really an enticement for business; when they need shipping or any kind of manifestos, the Port of Brownsville works.” Taking to the skies, in the fourth quarter of 2020, Brownsville is expanding its airport with a modern, efficient terminal building to boost general aviation and commercial interest and help increase the number of flights. With increased tourism, and the excitement of SpaceX locating in Brownsville, plus any kind of port of entry business incubators, the airport will be able to handle the extra influx of people with the expanded capacity in a more efficient building.

According to Bernal, “Brownsville is at a very interesting crossroads in terms of how history and culture are intersecting with the future. The city has natural assets that any other city would envy. We have the port, an international airport, we’re served by rail, and we have interstate highways that lead into major markets in Mexico and nationally, all the way to Canada. We’re at the epicenter of part of the NAFTA trade agreement between Canada, the U.S., and Mexico. Here at the border, there’s lots of activity on our three international bridges.”

To this point, business growth has primarily been at the Port, but the city is experiencing a shift. Space exploration is becoming a billion dollar industry; one of the industry leaders being SpaceX. “We’re working on creating a cluster for that new space movement,” says Bernal. “In March, we officially opened StarGate, a partnership with the University of Texas Rio Grande Valley, the Greater Brownsville Incentives Corporation (GBIC), and the State of Texas to incubate astrophysicists in R&D in the New Space market for the commercialization of space technologies. In July, a ceremony is being held at our original terminal building where a non-profit, Expanding Frontiers, will be leasing space from the city to attract businesses engaging in commercial space technologies. A $1 million fund has been established by the Brownsville Community Improvement Corporation (BCIC and Brownsville Independent School District (BISD) as seed money to support New Space efforts.

Since our airport was in need a major reinvestment, being 40 years-plus old, we’re also pursuing a Spaceport designation through the Federal Aviation Administration (FAA), which is a horizontal port that would complement Space X’s vertical commercial port as part of the airport expansion. A spaceport designation would allow us to advance our space market cluster. We believe Brownsville will be at the forefront and we want to be a leader in that industry.” 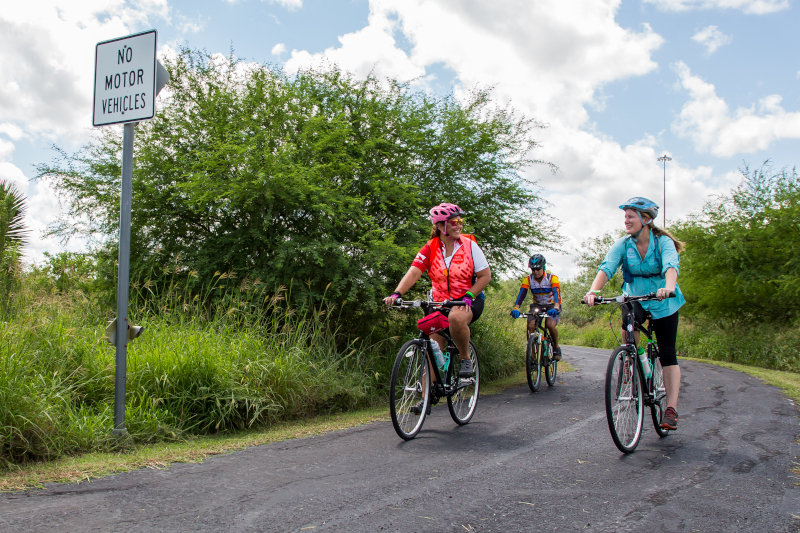 Currently, the university, the city, and the school district are the top employers, but the city wants to get to the point where industries supersede them. Throughout the years, labor costs have pushed a lot of manufacturing into Mexico. With that in mind, Brownsville wants to take advantage of new technologies in the advanced manufacturing side of things – robotics, R&D, artificial intelligence – that require a higher level of skill. The manual labor that Mexico has historically provided will be insufficient, so the city is creating industrial parks and business parks to support those industries, while continuing to open up new markets, such as energy. There are a couple of major LNG facilities on tap to be built, as well as the possibility of a steel company coming in to our port.

There are also plans to deepen the channel at the port, which is currently 42 feet deep and could go down to 52 feet. “That would accommodate us supporting larger industry,” says Bernal, “because it really is a global port that’s open to international markets. So, overall, we see Brownsville’s growth becoming more robust, and grounded in an industrial base in manufacturing and also the space side of things. We believe those are the clusters that will transform Brownsville, and provide us the tax base and the revenue and the resources to further enhance the quality of life and standard of living here. We have some industrial parks but we see potential for improvement. We’re working on master planning for additional industrial park development. We need to work on improving the wealth by having a more substantial industrial presence.”

Dealing with a lower socio-economic population and lifestyle issues directly associated with that, such as diabetes prevalence, has been challenging. So, the city is striking partnerships with local non-profit entities to create farmers’ markets and address food deserts to promote healthy eating. By accelerating the opportunities in public health, education, and economic growth, and making sure the Brownsville brand and message gets out, the city has fostered a great sense of optimism.

On the infrastructure front, Brownsville was the only recipient in Texas of a TIGER (Transportation Investment Generating Economic Recovery) grant. Over $5 million in federal funds were dispersed to improve the transit system, including improvements to the terminal, fuelling station, bus fleet, and bus shelters. The city had to match the funds, which have now topped $14 million in total. “That’s a major community development improvement in Brownsville,” says Bernal. “We’re also seeing a lot of historic downtown redevelopment. We’ve invested over $55 million in the past five years in improving public spaces; making it safer, more attractive, putting in downtown cameras. We also have programs aimed at incentivizing façade improvement, restoration of downtown building, and creating historic tax credits for the private sector to invest. We also built some anchor facilities out there, including a performing arts building, an open market square area; the old terminal building was redeveloped, so from a community development standpoint those are the major highlights.”

The city recently purchased a 36,000-sq.-ft. facility to create a small business incubator and is working in partnership with the Economic Development Administration to facilitate entrepreneurship and the innovation economy within the downtown area. That, combined with construction of a parking garage and location of the new transit terminal in the core, has led to renewed interest in private investment downtown. Bernal expresses the city’s gratitude to the federal government, BCIC, and the Brownsville Public Utilities Board. The BPUB have been major partners in helping install fiber downtown and fixing aging infrastructure to support all the investment. The city has also partnered with the Army Corps of Engineers to preserve the resacas by dredging and removing the trash and sediment.

Why come to Brownsville? Lopez explains, “People are looking for the amenities, the culture, the sustainability of a city, first – what there is to enjoy. And then they find the job, after the fact. We have it all. We are a nice community and proud of our culture, but we are also ready to embrace the space frontier and new technology that’s coming here to south Texas.”

Looking to the future, Bernal states, “Top of the list is growth. The success for Brownsville depends on leveraging our assets and growing in a sustainable way that allows us to reinvest and improve our bottom line. Our people are an asset; where community is like a family, we are a healthy family. Brownsville has untapped potential for investment and business development. The city is defining a vision for success founded on the ability to harness its assets. Outsiders need to know they can come here and be abundantly successful.”

Where: Western Gulf coast of Texas