Change is in the air as Gastonia welcomes big strides forward

There’s so much happening in Gastonia, North Carolina, it’s going to be unrecognizable soon, according to the city’s mayor, Walker E. Reid III.

“The number one thing I’ve been telling people is in the next three to five years they’re going to question whether they still live in Gastonia or not,” he says. “For the first time as an elected official in the City of Gastonia, I see positive growth happening in the north, south, east, and western parts of our city.

With a longstanding history in textile manufacturing, the city of over 80,000 has been plagued in recent decades by factory shutdowns and job losses. But lately, things have started to change. While manufacturing is still the city’s leading industry, Gastonia has been moving in recent years to become a hub of technology.

“I was born and raised in Gastonia, so I’ve seen the good, the bad, and the ugly,” Reid recounts. “Gastonia is now a city I am very proud of for its versatility and what it has to offer. We have a lot of businesses that come here from all over the country.” 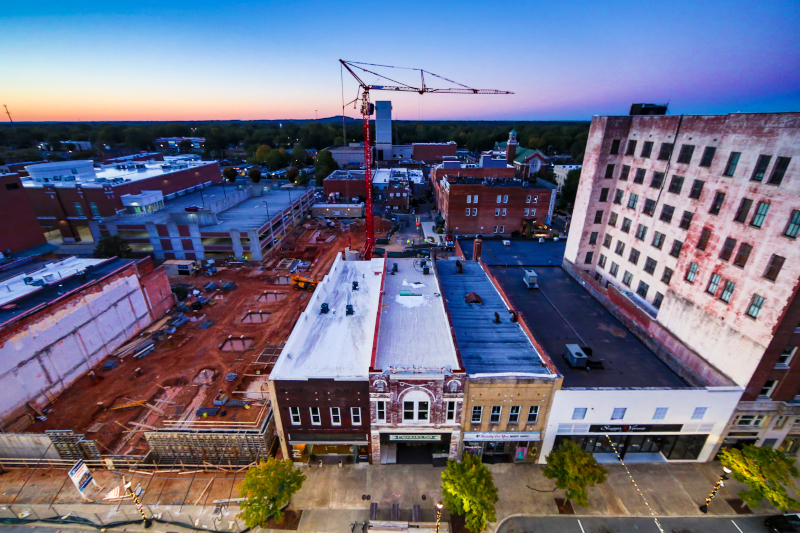 In fact, businesses are relocating to Gastonia from all across the globe, adds Kristy Crisp, Gastonia’s director of economic development.

“We have a very diverse economy here and we’re really proud of the direction that it’s going. We’ve seen a lot of growth in all of our sectors.”

Crisp credits Gastonia’s attraction to its proximity to nearby Charlotte – North Carolina’s most populous city – particularly the ease of getting to Charlotte Douglas International Airport.

“You can be at the airport from Gastonia faster than some places even in Charlotte,” she says. “It’s really our backyard and it’s a great draw for locating businesses here in Gastonia.”

The city’s international connection is having a trickle-down impact, causing more businesses to want to set up shop or invest more in the city. Gastonia’s largest employer, CaroMont Regional Medical Center, is building a new critical care tower that will add more beds and medical advancements to the current hospital. And Hans Kissle recently announced plans to invest $42 million into a new food manufacturing facility in the county’s Apple Creek Corporate Center.

“We used to have to go out and seek those types of businesses to come to the City of Gastonia. Now since it’s a known fact that we have branched out to having international businesses here in Gastonia and Gaston County, the hotels are coming to us, and developers are coming to Gastonia. They want to be part of what we are doing,” Reid says. “It’s very diverse now. It’s very energizing to see those that want to be part of Gastonia. I’m amazed at the things that are happening weekly here and it’s only for the betterment of the City of Gastonia, our county, and the region.”

With commerce on the rise, Gastonia is looking to set itself up for even more growth and development. The city’s marketing department has been working on a branding campaign with the department of tourism to position Gastonia as a destination city.

“We are focusing on downtown, getting people to really love our city and to know us,” says Mary Elliott, Gastonia’s director of communications and marketing. “There’s a phrase I use, ‘we’re the best-kept secret we want everybody to know about.’ We are marketing ourselves and transforming our city so that this will be a place where people want to come live, work, and play.”

The city recently received a $500,000 grant from the North Carolina Division of Parks and Recreation to renovate a former golf course into an even more attractive park space with room for RV camping, fishing ponds, and miles of walking trails.

“We are the place to be,” Elliott says. “It’s a wonderful place to be and I think people have a great experience here.” 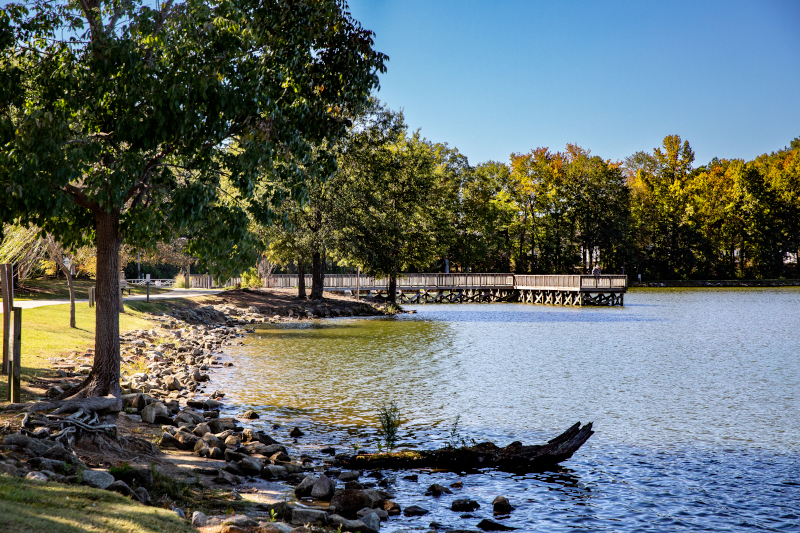 Adding to the city’s allure is the newly built Franklin Urban Sports and Entertainment District, known commonly as the FUSE District. The district includes a newly built $30 million, 5,000-seat sports and entertainment complex, which is surrounded by a $75-million commercial and urban living area that will eventually connect to the city’s downtown core. The district is home to retail shops, restaurants, urban residential housing, and office space.
“(With FUSE) we are able to draw people here, not just people who are interested in sports and entertainment, but those who are interested in investing in that area of our city, which will connect to downtown and bring more livability, as well as more excitement and entertainment to downtown for people to make it their destination of choice,” Elliott explains.

The sports and entertainment complex will play host to soccer, football, and lacrosse games, as well as a home for concerts, festivals, and events. Its main purpose, though, is home to the city’s new Atlantic League of Professional Baseball team, the Gastonia Honey Hunters.

“They are playing fantastic baseball, which has been a great addition to bringing families out for entertainment, especially after being inside during a two-year pandemic,” Reid says.

With all the new businesses and tourist attractions comes growth in population. Gastonia has several different residential developments in various phases of construction to help meet that need.

“We have many, many multi-family projects going on right now, being constructed and approved. We’ve had over 2,000 units approved in the last two and a half years,” says Michael Peoples, Gastonia’s city manager. “We also have many single-family developments approved and in the process of approval throughout the city as well.”

Two former mill sites have been redeveloped into loft housing. Trenton Mill Lofts recently opened in the FUSE District, offering 85 one and two-bedroom units, and the Loray Mill Lofts is a six-story, mixed-use facility that offers 189 loft units.

“These are old mills that have been preserved and refurbished and people are now living in them. It is exciting to see people living in historically significant structures and bringing new life to the surrounding community,” Reid explains.

There’s also Center City Crossings, a new project that will bring in six stories and 90 units to the city.

“It represents a $25 million private investment into downtown,” Crisp says. “These are market-rate apartments and what we’re so proud of with these products is it’s really giving us an option at the higher end of our market rate and pushing those numbers and making us more competitive with Charlotte.”

Despite all the growth, Reid says the city plans to ensure that Gastonia maintains the small-town charm that has characterized the city all his life. It’s what makes the city special and what makes people want to return.
“We have that hometown feel here in Gastonia,” he explains. “And I think once you come here, you feel even better and will want to come back.”

Where: Located just outside of Charlotte in Gaston County