The Canadian region is an attractive place for investment, as it is conveniently located just 45 minutes west of Manitoba’s capital of Winnipeg, 75 minutes east of Brandon and an hour from the U.S. border. The regional population for both the City and the RM is just over 21,000. The agriculturally-driven region is the only site in Canada where the Canadian National and Canadian Pacific railways converge. “We have a wide access to a very large and talented workforce,” says Kameron Blight, Reeve of the Rural Municipality of Portage la Prairie. “And because of our central location with close proximity to two major centers, plus a lot of smaller rural communities that surround us, it’s been a real attractive benefit to industries locating in this area.”

Location isn’t the only thing the region has going for it. Both the City and the RM credit their blooming success to the strong partnership they have formed between the two municipalities. Over 20 years ago, the City of Portage la Prairie and the RM of Portage la Prairie signed a tax-sharing agreement that would encourage them to work together to attract industry to the entire region. They are now reaping the rewards of that initiative. “I think a big piece of our strategic plan is really recognizing how we got to where we are today with both the City and the RM,” says Ferris. “We tend to view things on a regional basis and the reason we are seeing a lot of growth and success is really because of partnership – and this is important.” 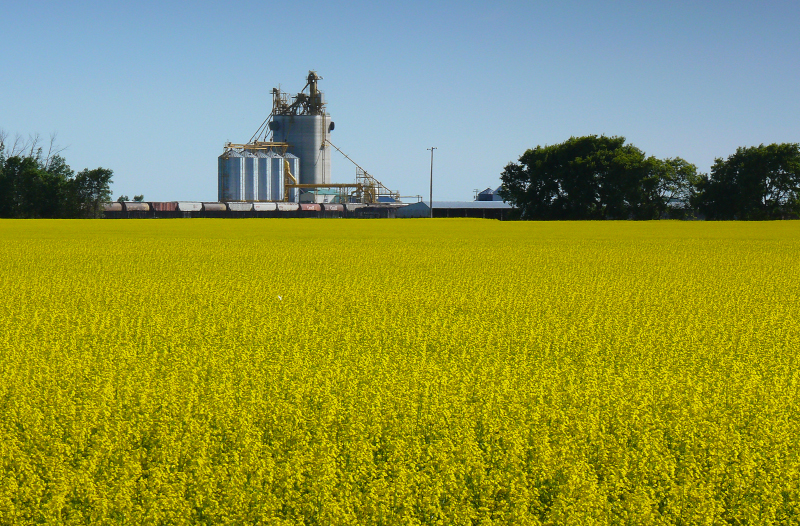 City of Portage la Prairie Mayor, Irvine Ferris reports, “The City has an industrial park in the north end called the McMillan Industrial Park and the RM has an industrial park called Poplar Bluff Industrial Park, and even if the industry was not appropriately zoned for either industrials parks, we would work with the client to have the land rezoned or if that wasn’t possible, we would seek other locations that would be suitable.

When the two municipalities began acting as a unified region, things began to turn around. And it’s that strong partnership that attracted the attention of French plant protein manufacturer, Roquette. “Roquette needed a huge footprint and we could not accommodate that size within the City, however the RM could fit that in,” Ferris explains. “Now, the city supplies the wastewater services for it and we all work together, along with the province. So it really gave us an edge over other jurisdictions when we were competing for Roquette because we were able to work together, to get information quickly to them, and do things to accommodate the plant. The partnership made a huge difference to both communities.”

Roquette has almost completed work on the $600 million pea-processing facility, which will produce pea protein for food and sports nutrition products, as well as food-grade starches and pea cream for animal feed. “We were very fortunate to land the Roquette processing facility in our region,” says Blight. “With the estimated cost of $600 million, that would be the most significant global investment dedicated to pea protein to date in the world, so that’s absolutely incredible.”

Being able to attract businesses of that size has led to even more investment in the region. Simplot, a potato processing plant that was already located in the area, decided to up their ante. They recently invested $460 million to expand the current facility to 460,000-square-feet from its previous 180,000. The expansion has doubled the plant’s need for potatoes from regional growers and increased its employment from 87 to 150 new full-time positions.

Ferris admits, “When we went public with Roquette, that really kickstarted a lot of interest in the region, and that certainly got Simplot interested, even though they were already here. We said to them, ‘you know, we work together as partners, and if you’re ever thinking of expanding, give us a call, we will help you.’ And within six months, we had a plant expansion and a lot of smaller companies calling us to see if we had room for them.”

Blight adds, “Something that’s been noted by Roquette and the key individuals at Simplot is that they recognize that they were wanted. We wanted to have their business and we did what we had to do to get their business here. We wanted to see that investment and we wanted to be partners in this investment and their operations going forward. The City and the RM of Portage partnered up as we do in so many other things and we worked closely together to try to attract this industry and make sure their investment came to our region.” 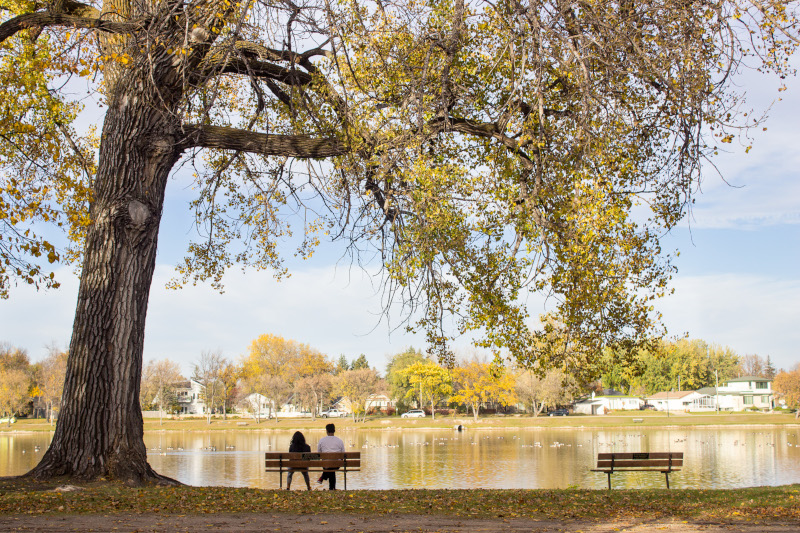 With all the new regional investment, comes even more growth in other areas. “What typically happens, and we are seeing it now, is that there will be a lot of other businesses that either grow or actually get established to help service these larger companies,” says Ferris. “We are going to see an increase in trucking and warehousing and those kind of small and medium size businesses in the region just because we’ve got two large companies here.”

Portage la Prairie’s retail and hospitality sector has also seen a boost, with 20 new businesses opening in 2020 alone. According to Ferris, “These businesses opened during the COVID-19 pandemic, including a number of restaurants. Talk about optimistic! It’s quite a challenge to open a new business anytime. And some of our retailers have done extremely well right through the pandemic.”

Now, the City and RM are making plans to accommodate the rapid growth related to its expansion – including more than 200 added jobs coming to the region. When Simplot first located to the area, Portage la Prairie didn’t see any population increase, and Ferris believes that’s because they didn’t have enough housing available. But this time they are taking steps to ensure they are more proactive.

He notes, “We did some tax incentives, we serviced some land and we’ve seen a tremendous amount of development in residential housing in the last two years in the City of Portage la Prairie. We are seeing single family and also a lot of apartment complexes. People from all over the province will be working at these plants and if they start commuting and there is nothing available to purchase or rent, they continue to commute and don’t get involved in your community. They don’t put their kids in school, pay taxes, all those kinds of things, therefore having that housing available is critical.”

Over in the RM, they have been continuing to develop the Poplar Bluff Industrial Park with significant upgrades to their regional water reservoir. The $16 million project will address water pressure and supply demands for the industrial park. Blight emphasizes, “It will really assist in the growth of our industrial park and also provide growth for residential and commercial development.” They have also made a $1 million investment in broadband connectivity, with the aim of bringing fiber connections to the municipality.

What: A City and Rural Municipality that have partnered to drive investment into their region

Where: 45 minutes west of Winnipeg, Manitoba