The warm and welcoming City of Perrysburg is perfectly situated along the scenic south side of the Maumee River in Northwest Ohio. With a population of approximately 25,000, Perrysburg is Wood County’s second largest city and one of the area’s most thriving communities. Originally founded in 1816, it has a rich history and was named after the “Hero of Lake Erie” – American Naval Commander Oliver Hazard Perry. Today, Perrysburg is a diverse community blessed with award-winning schools, accessible amenities, and loads of hometown charm.

“For a long time, we were considered just a suburb of Toledo, but over the last 20 years we’ve continued to grow while the surrounding area has stagnated,” reports Perrysburg Mayor, Tom Mackin. “We offer quality services with a strong sense of community, so, we’ve become more independent. While our own businesses support the local economy, we also work to maintain that historic, small-town feel. That’s why people want to live here.”

These intra-community connections also help maintain Perrysburg’s steady growth. According to City Administrator, Bridgette Kabat, this gradual expansion proves that the city “must be doing something right.” Only last year 200 single- and multi-family homes were built. “Our home starts are really going strong, it feels like we’re working with developers on new subdivisions almost every week,” adds Kabat. One such project involves plans for a multi-family development on the outskirts of town, close to all the restaurants and coffee shops. With so many young professionals now moving into the area, it would be the perfect location for them to enjoy everything Perrysburg has to offer. 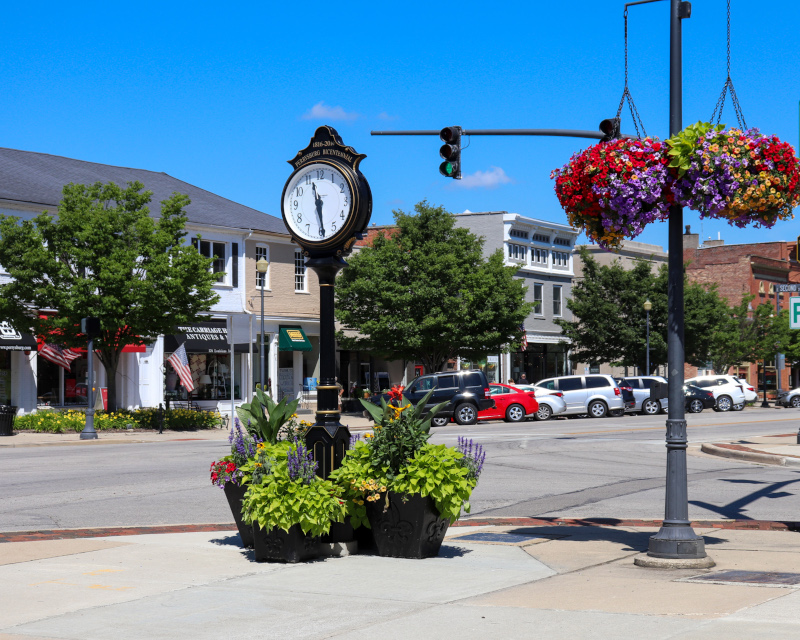 Supporting local businesses has always been top priority for both Perrysburg’s residents and its City Council. Since the city promotes a business-friendly atmosphere with an easy-to-understand submission process, there is never a shortage of companies wanting to relocate or open within the area. City Council is always balancing its need to develop further economically, but in a way that’s best for the entire community. “As a team, we know how to move Perrysburg forward,” declares Mayor Mackin. “We want to attract growth, but only within the context of the community.” That’s why his team has created a Land Use Plan update to guide development over the next decade. He notes, “We want to be proactive and not reactive. Council and residents have set the future direction of the city. Whenever the public is involved, there’s debate, but it’s healthy. Especially when talking about critical issues – that’s how you find solutions.”

Perrysburg’s location near the Ohio Turnpike and Interstate 75 is another contributing factor to its ongoing economic success. Easy access to major travel routes is ideal for commerce and has helped the community cultivate a diverse tax base. In addition to the world headquarters of O-I Glass, Inc. being in the heart of Perrysburg, Ohio CAT Equipment Sales, Rentals, Parts, & Service recently opened its new facility only five minutes away. Situated on 40-acres of property, the $40-million-dollar complex also conveniently includes the Northern Ohio Peterbilt Dealership, which sells new and used trucks. Both Mayor Mackin and Kabat agree it’s been a nice addition to the city.

They are also excited about ProMedica’s further investment in Perrysburg, with the expansion of its healthcare facilities. Once completed, it will be double the size of the original facility and even include a state-of-the-art Cancer Center. Patients across Northwest Ohio will have access, not only to top-tier urgent care and family medicine, but also ground-breaking cancer treatments. This is in addition to Mercy Health, which recently expanded its hospital, providing not only new jobs but also more healthcare opportunities for the Perrysburg community.

Ensuring these essential services are centrally located and easily accessible within a downtown core is part of maintaining a vibrant and happy city. “Much of our success depends upon downtown Perrysburg being successful,” asserts Mayor Mackin. “We’re fortunate that it’s surrounded by beautiful historic homes, which provide such charming character. Not only is the area walkable but, last July, the city received approval to have a  Designated Outdoor Refreshment Area (DORA) in our historic downtown. So, that has attracted even more residents and tourists.” Patrons 21 and over who visit a DORA can purchase a  plastic cup of alcohol from one restaurant or bar and bring it with them to another downtown location instead of having to discard it. So far, we haven’t had any problems and it is a nice addition to the weekly Perrysburg Farmers Market in the spring and summer.”

Perrysburg can also boast excellent internet connectivity throughout the city, especially downtown. Through a partnership with Amplex Internet, free WIFI was recently installed in several local parks with hopes that in the future this service will be expanded to all public areas. “This partnership was an ideal way to achieve better connectivity for our residents. We were able to save taxpayer money, which always helps too,” says Mayor Mackin. 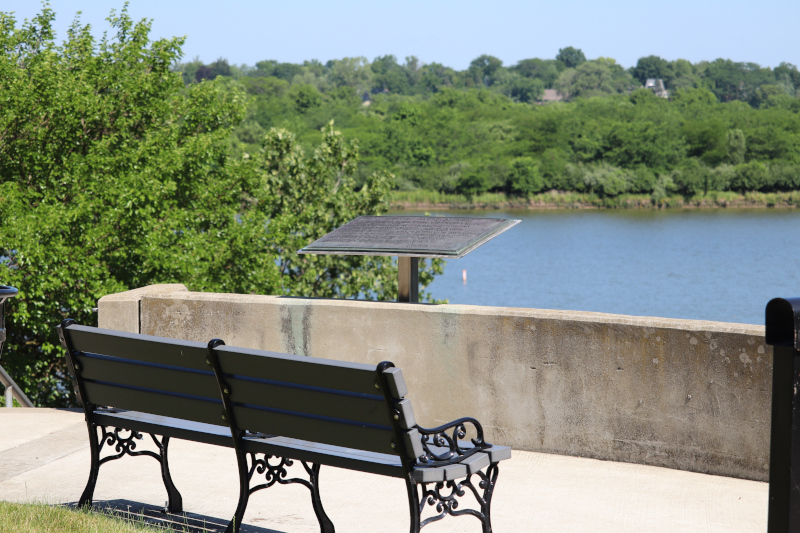 City Council also tried to help residents save money while developing the Capital Plan last year, for the expansion of the Perrysburg Waste Water Treatment Plant. It’s critical that as the city expands so does its water and disposal resources. “We’re currently looking at modifying our digesters and adding an additional primary clarifier, and making modifications that allows us to capture the plant’s flare so we can use that energy to help run it,” explains Kabat. “We’re prepared for additional volume due to a plant expansion in 2015 that gave our plant a capacity of 8MGD during dry weather 24MGD during wet weather. We will continue to monitor our growth and plan accordingly for any additional future expansion that may be required. We also are reviewing options to install a parallel sanitary sewer interceptor that will increase the efficiency of our plant during large wet weather events. We estimate that this price tag will be several millions of dollars. Additionally, we are reviewing options to install storm sewers in older areas of the city where they are lacking.” These projects will soon be entering the   engineering phase.

Another project well underway is the addition of three new multi-paths along the city’s main corridors. Perrysburg’s popular multi-path system helps connect the community, not only to each other, but to the river as well. Last year, a new path was installed so families could easily walk or bike to Hull Prairie Intermediate, a new school. Currently under design are three Multi-Use Paths, which will run along Fort Meigs Road and SR25 that will connect with several other existing paths. These trails also connect several community parks, much beloved by locals. A little less than a decade ago, Riverside Park was renovated to allow residents easier and safer access to the river. Further developing these multi-use paths will help connect to more parks like Orleans Park – the next one slated for improvement, and Woodlands Park. The Mayor acknowledges, “It’s an access point we think can be improved by installing trails and other nature-focused elements. It’s going to be yet another place for families to come together and be by the river.”

Looking ahead three to five years, the overall goal of Perrysburg City Council is to keep growing and making improvements. “Whether we grow residentially or commercially, we have to meet the expectations of our residents and businesses through the services and infrastructure we provide,” states Kabat. “It’s important we sustain that quality long-term, while also minimizing any additional tax burden. We need to ensure we’re being as efficient and effective as possible to stretch those dollars.”

As for Mayor Mackin, he just wants his team to continue taking every effort to help create a great community. He shares, “We always try to have the right people in the right seat, who can use their skills to help us accomplish what we need to. That will help us achieve the bigger picture, which is to make Perrysburg the best Northwest Ohio has to offer. People want to live here in our historic and charming community, so we’re always working to maintain that.”

What: A charming suburb of Toledo; population 25,000

Campbell Mechanical Services®  are experts in commercial and industrial HVAC and mechanical services.  Our partnership with ABM and Linc Service® brings the best practices for energy audits and guides to commercial mechanical and HVAC upgrades. We bring this expertise everyday to ensure the best building operations for Ohio and Michigan.