As one of the fastest growing regions in the United States, the City of Milton, Florida has seen a lot of change over the past decade. But what’s at its heart remains true.

“I’ve seen Milton change over the years, but it’s the things that stay the same that make it very attractive,” says Milton Mayor Heather Lindsay. “We have a beautiful river and enjoy the outdoors. We always look out for our neighbors, and we try to shop locally. There’s still a hometown feeling to the city businesses, many of which are still family owned and that makes it a pleasant place to do business.”

Milton has seen rapid growth recently, with its population increasing by 25 percent over the past ten years. With that growth, the city’s overall makeup has evolved. “We’re getting more diverse as we grow,” says Ed Spears, Milton’s Economic Development Director. “The growth in Milton has been in those who identify as non-white and non-African American races. We’ve also switched from majority men to majority women over the last decade. And we’re starting to age, as well, due to the passing of the greatest generation, the delay in starting families, and smaller families in general of the millennials. So we’re seeing those things starting to impact our economy.”

Milton, the seat of Santa Rosa County, has also seen an upturn in its median income over the past decade – from an average of $41,000 per year to the current $57,000. “That’s a 39 percent increase in 10 years, so our citizenry are doing well,” Spears admits. “There’s a lot of demand coming because Milton is still an attainable, affordable, and historic place to live.”

The city of 11,000 has attracted such growth thanks to its many amenities and unique offerings, like the Blackwater River; one of the last pristine, sandy-bottomed rivers in the U.S. Surrounding the river is an elaborate park system offering plenty of green space, plus a new splash pad for children. Recreation opportunities abound, with a community center that boasts competition tennis courts, a new disc golf course, BMX track, skatepark, competition football fields, numerous baseball diamonds, basketball courts, and pickleball courts. 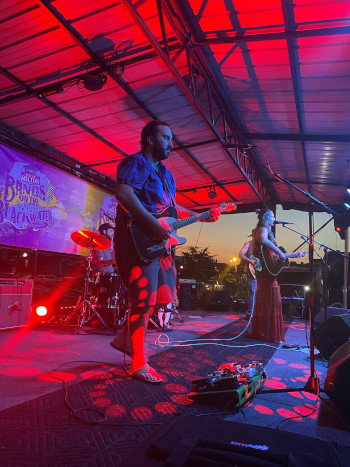 When it comes to fun and entertainment, the city hosts festivals and events in the downtown core almost every weekend for more than half of the year, drawing people together to create a true sense of community. The growing city’s small-town feel is amplified by the downtown’s rich history, with many of its buildings still standing from the early 1900s. “We’re on the National Register of Historic Places,” Jorgensen notes. “No other part of this county has that type of history. The community was founded in 1844 and you can feel it when you’re here.”

The city is also home to a thriving full-service hospital, the Santa Rosa Medical Center, which has partnered with Milton to provide quality care to its residents. Lindsay reports, “Their CEO Doug Sills and I have stayed in regular contact during my term as Mayor. The Santa Rosa Medical Center is in the city limits and a wonderful place for folks to go and receive care locally, so they do not have to travel too far from their homes. Their hardworking staff have been tremendous, especially during COVID. They have pulled together, worked extra shifts, and done everything they can to take care of our community. We have a wonderful partnership with Santa Rosa Medical Center and I am really grateful for their leadership and commitment to their staff and to our community.”

The medical center does more than just provide medical care. It’s a true member of the community.

“Beyond the work they actually do in healthcare, they give back to the community,” Spears adds. “They are one of the title sponsors for our ‘Bands on the Blackwater’ concert series this year, which offers 20 free concerts outdoors for our community to come together on Friday nights. It’s a great partnership. It’s beyond giving back medically.”

Also critical to the city’s future is the presence of NAS Whiting Field. This naval facility is the busiest airport in the United States, with nearly 1.2 million take-offs, landings, and other operations annually.  Whiting Field occupies 12,000 acres, including 13 outlying airfields. They produce more than 1,200 pilots annually, training Navy, Marines Corps, Coast Guard, Air Force, and exchange students from allied nations. They are home to the largest air wing in the Navy and produce 100% of all Navy, Marine Corps and Coast Guard helicopter pilots. The wing conducts 60% of the Navy’s primary flight training, and 17% of all U.S. Navy flight hours worldwide.  “The continued presence of this facility, the students, instructors and leadership in Milton points to a bright future,” says Jorgensen.

In the midst of all the rapid growth, the city has worked hard to maintain its sense of community, using the expansion to  make Milton a better place. Jorgensen acknowledges, “We’ve got challenges, and change is inevitable, but how you accommodate and how you make  growth occur in an orderly and harmonious way is an issue our council works diligently on each day. Milton is not unlike many other towns in America. At one point planning consisted of ‘I own my land and I plan on using it’ – in today’s world, we approach things differently. We actually target investments to try to reflect market demand. The market demand today is that the community possesses the amenities that the millennials, as an example, are looking for.”

One of those things is a more walkable and bikeable community. The city has invested heavily in recent years to develop a sidewalk infrastructure that will allow residents and visitors to navigate the town without the need for a vehicle. “We look at where most people are trying to get and we determine where sidewalks are needed, and we invest accordingly,” says Jorgensen. Milton is also home to several trail systems, including the Blackwater Trail that runs through the city and extends beyond the city limits. There’s also the Riverwalk, a boardwalk along the river in downtown Milton that continues to be built out with new investment.

As the city’s population has grown, so has its housing stock. The number of housing units has increased over 11 percent, with the majority of units valued in the $100,000 to $300,000 range. “That keeps us affordable and attainable to middle-class, young families, and retirees who are looking for an urban, historic environment to live in – but on a budget,” says Spears. Many more housing developments are on the way, including a 148-unit neighborhood called Natalie Meadows, which was recently annexed by the city, a 72-unit affordable apartment development called Tranquility, which is in the financing stage, as well as a few 30-plus unit residential developments. 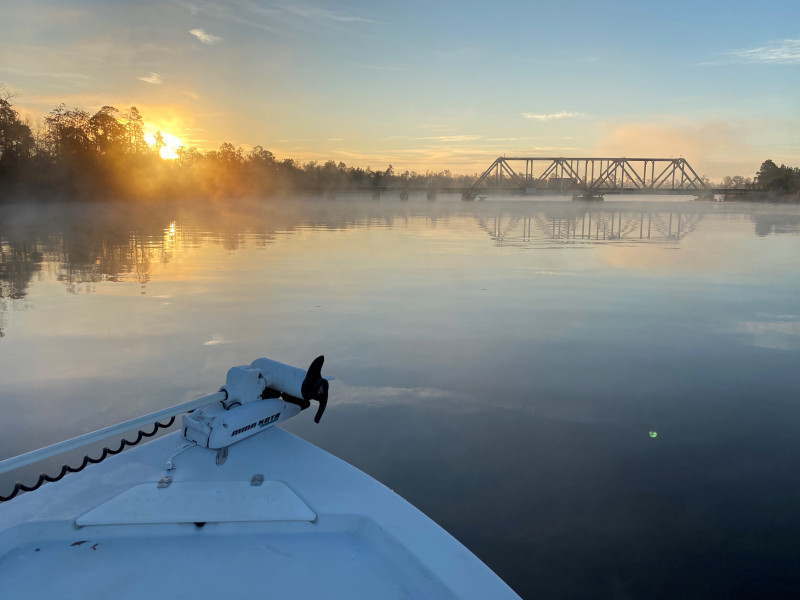 The city is preparing for its retiree population with a 90-unit seniors housing complex, and a 40-unit apartment complex for military flight students that is being adapted from a former elementary school. “We  have infill all over the community,” Spears reports. “We’re seeing vacant lots just spring up with single-family housing. The growth is very real.”

Businesses are booming, with 12 major economic development projects slated for Santa Rosa County’s industrial parks that are located in and around Milton. The $194 million projects include over 710,000 square feet of buildings and 1700 new jobs. “That’s the future of Santa Rosa County” says Spears.

Along with new development comes the need for improvements to the city’s wastewater management system. The $50-million project amounts to two full years of Milton’s operating budget, but is an absolute necessity to accommodate the area’s growth. Spears emphasizes, “We have got to get that new plant done. We recognize not only the environmental importance of the project in getting all these new homes on sanitary sewer versus septic tanks and getting the opportunity to convert older homes to sewer – but the economic development aspect can’t be overstated. It opens the door for the central part of Santa Rosa County for the next 50 years.”

As Milton moves to the future, the hope is to continue along its path of growth while providing the high quality of life its residents have come to know. “I look forward to this exciting time manifesting the kind of development that will bring jobs to our community, that will lift all boats, that will encourage our children to raise their children right here in Milton and will encourage the development of our land along the river in such a way that is sustainable and will enhance the amenities here,” Lindsay concludes, adding, “We’re very excited about the possibilities that will bring.”

*All photos courtesy of citizens of Milton and the Public Information Officer, Stephen Prestesater.

Santa Rosa Medical Center is a full-service, 129-bed hospital on Berryhill Road in Milton, Fla., with approximately 700 associates and a medical staff of more than 200 physicians. Services include surgery, cardiology, bariatrics, childbirth and two emergency department locations for those around Santa Rosa County. Visit www.srmcfl.com.