Churning behind the charming, tree-lined streets and alluring natural beauty of Altamonte Springs, Florida is a powerhouse of innovation, fiscal responsibility, and progressive ideas. The city strives to remain consistently debt free, while maintaining one of the lowest tax rates in Florida, and the entire community takes pride in making Altamonte Springs the best place in Central Florida to live, work, raise a family, and build a business. 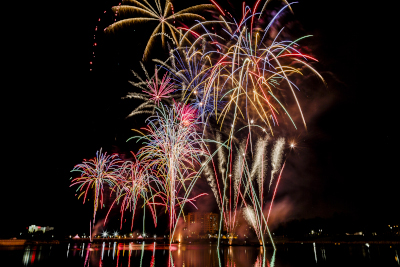 City Manager, Frank Martz, acknowledges two of the biggest challenges facing Altamonte Springs. First, is an increasing expectation on services – that they be excellent, innovative, and growing. The second is increasing pressure by the State government to limit the amount of revenue that cities and counties can generate. “It’s a tough circumstance to be in,” says Martz. “We have businesses who come to our city to develop and want to get through our process as quickly as possible. But we can’t serve the business community as quickly as they expect, because we’ve had to cut our staffing resources.”

The State has reduced the amount of revenue it gives cities and counties and has limited earmark appropriations. At the same time, it is increasing Florida-wide exemptions on property taxes. Over 10 years, that would cost Altamonte Springs three million dollars of operating revenue. Martz explains, “We also face increasing costs for supplies and goods and services. On our budget of $103 million, the inflation on the goods and services we buy amounts to about a million dollars more each year just to provide the same level of service as we did the previous year.”

Altamonte Springs is rising to the monetary challenge with innovative environmental initiatives that will help them well into the future. AFIRST is a project developed by the city, where storm water is captured from the interstate and recycled. The water is reclaimed and then used instead of water from the aquifer. The project creates about one billion gallons of alternative water for the region. It also eliminated the expense of treating the water and discharging it to a local river that cost the city about $900,000 a year. “We partnered with the Florida Department of Transportation, the Department of Environmental Protection, and the St. John’s River Management District to accomplish that,” says Martz. “Strategic partnerships are a hallmark of our city.”

AFIRST was just nominated for a national award. Another city project – pureALTA – won the national award last year. Martz adds, “Our reclaimed water program actually began in the 1970s. We had the first dual distribution regional water/wastewater plant in the southeast United States. That reclaimed water is very clean, but in order to convert it to drinking water, we developed pureALTA; one of the first projects to purify water without using reverse osmosis. Reverse osmosis has a very expensive energy cost, so by developing an alternative process, we’ve reduced our costs substantially. And the water is purified to the same standards as surgical instruments are cleaned. In the future, as water costs rise, we’ll be able to use and reuse our water without having to buy from anyone else.” 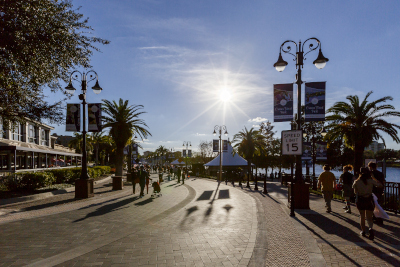 The outstanding success of Altamonte Springs is credited to five principal reasons: First is the city charter, which was rewritten in 1980 at a time when the city was “somewhat corrupt.” The new charter changed the form of government and established a professional manager to run all operations of the city without political influence. Because of that direct and complete control, there have been very few city managers; Martz is only the third. He believes that the ability to develop innovative ideas and see them through without political interference is the number one reason Altamonte Springs has been so successful. The second reason is the extremely stable City Commission. No incumbent has lost a city election since 1986, and there have always been citizen representatives; people truly interested in doing what’s right for the residents. It’s never been about politics. It’s about being fiscally responsible and robustly innovative.

Employees are the third reason for success. Martz elaborates, “Twenty years ago, we began doing merit-based evaluations. We budget a typical merit of three percent based on employee scores. At the beginning of the year, employees sit down with supervisors and do their own performance plan; what they’re intending to accomplish this year, over and above what they did last year. Every employee, supervisor, and department director has a mid-year review. At the end of the year, if they met or exceeded their goals, that’s a good thing. And we reward those employees by taking money away from people who didn’t meet their goals. It’s truly merit-based, you get paid for performance.”

By being inclusive, having wellness programs, ensuring freedom from political interference, employees have an incredible feeling of being vested in the goals of the city. They want to deliver good service and are proud of what they do. Most supervisors have grown from entry level employees; Martz started in 1991 as an intern and is now City Manager. The city also provides internal management development programs such as PRIME – Progressive Reinforcement of Innovative Management Experiences that teach how to do things “The Altamonte Way” – how to recognize opportunities, communicate with each other, the importance of collaboration and customer service.

“The fourth pillar is that we’ve been aggressively self-sufficient,” says Martz. “We don’t rely on grants to fund our operations. Our millage rate is lower than it was in 1991. We’ve retired all our debt and don’t owe anyone anything. That combination of being self-sufficient and fiscally responsible has put us in a position where we can have low taxes, no debt, and strong services. The fifth thing is that we’re intensely innovative; constantly challenging ourselves to come up with and vet new ideas and make them happen. By getting all our employees ingrained in our long-term mission, we’ve had incredible success coming up with home-grown ideas as extraordinary as purifying water to surgical cleanliness, all the way down to modifying a pontoon boat to harvest invasive species from lakes, rather than paying someone else.”

The city created a STEM education program for middle and high schools in Seminole County, where students can discover science, tech, engineering, and math out in the field. They travel to rivers, lakes, bogs, and the reclaimed water plant, and conduct experiments in the city-owned, nationally certified environmental lab, where USB wristbands allow them to take data back to the classroom. “We’ve had 13,000 students go through what we call the Altamonte Springs Science Incubator (AS2I),” Martz reports.  The City created AS2I then found partners who could see their vision.  Seminole County Public Schools, Duke Energy, Adventist Health System, and other private sector businesses all joined the program.  “What’s really cool is we can teach students about AFIRST and pureALTA, and they are less intimidated by alternative methodologies. By doing that, we’re growing our future employee base with students who come through the program and could potentially be hired by the city. We want to help our community by preparing the next generation who may live and work here.” 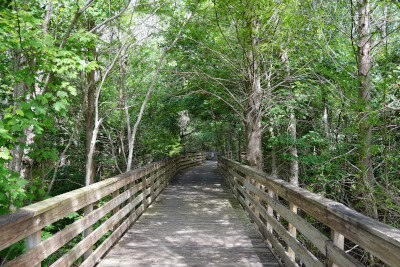 Altamonte Springs has proven you can make a difference, leave a footprint, and do it with low taxes and no debt. They’ve recently started an electric company to produce energy for their own buildings. The entire city operation is service-oriented; every innovative idea evolves into a service that’s delivered to customers. And no idea is out of the realm of possibility. As Martz recalls, “Two years ago, when everybody on the planet was fighting with UBER, we reached out to UBER and said, “Hey, we’d like to partner with you to see how you can serve our residents’ transportation needs better than traditional transit models that are much more expensive. So, we did the first community-wide mobility pilot with UBER in the world, to evaluate alternative transit using micro-transit. We began discussions in 2015, executed in 2016, and we’ve now expanded to four other cities. Our residents appreciate it because it’s a direct rebate to the taxpayer; we discount their use of that alternative transport system.”

Seventy-five cities on four continents have contacted Altamonte Springs to find out how they did it. National and international exposure for that partnership pilot came from NBC, Fortune, The London Times, and it continues to generate huge interest. The city is also known for doing public private partnerships extremely well. Measuring 9.4 square miles in size, with a population of 44,600 and growing, the community has $700 million of economic development under plan review. It is largely built out and currently doing in-fill redevelopment. Martz notes, “We have nearly three quarters of a billion dollars of new private sector investment and we’ve never given an incentive for job creation. We’ve created an environment that’s valuable enough for investment to come here without us giving away tax dollars.

“We all work hard ‘The Altamonte Way.’ It’s a different culture, intensely ritualistic, a manner of work that creates a high bar. The residents in Altamonte Springs are always letting us know that they’re very pleased with our service. Here’s a great example: Over Christmas, a grandad was visiting from out of state and brought his grandson a remote control car. The boy was driving the car around a cul-de-sac and it went down into a storm drain. The kid was so upset; this was his gift from his granddad. We had two employees show up on Christmas Day, pop the cover off the manhole, and retrieve the car.

“We’re creating a billion gallons of new water for the region, we’re purifying water, we’re winning national awards, and we’re still pulling the remote control car out of the storm drain on Christmas Day. That’s us!”

Check out this handpicked feature on Penticton, British Columbia – A place to stay forever. 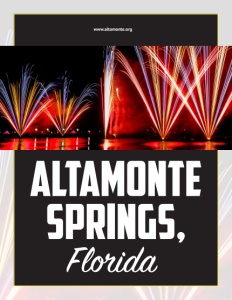