Flying Fresh Air Freight, FFAF Cargo – Number one in Canada and beyond

Number one in Canada and beyond

Flying Fresh Air Freight (FFAF), based in Vancouver, British Columbia is a recognized leader in the transportation of perishable cargo throughout the world, growing from a one-man operation to become the number one perishable freight forwarder in Canada, today. The company was founded in 1989 by its current CEO, Brendan Harnett. “I had an airline background, and when I was looking at the forwarding market in B.C., I realized that there was no one specializing in handling perishables at the time,” Harnett recounts. “So, I started Flying Fresh Air Freight, specializing in perishable handling.”

Today, FFAF is a fully-accredited International Air Transport Association (IATA) service provider, offering the highest standards in both international and domestic air freight forwarding services. Its customers are typically companies that export seafood, fruit, vegetables, flowers, and other types of perishable commodities. “Our customers are all across the world,” Harnett says. “Asia is our largest market; our second largest market is within Canada; then Europe; and last but not least, the USA.”

The company has five locations – Boston, Toronto, Edmonton, Halifax, and the head office in Vancouver – and 85 employees. “Ten years ago, I started to look at expanding into other parts of Canada,” Harnett continues. “Halifax and Toronto was more about the vision of making us a national, Canadian-owned freight forwarder. Edmonton was more about an opportunity with some people who knew and understood the oil and gas industry, to expand into more of the non-perishable cargo to balance our risk because such a large percentage of our business was related to perishable cargo.” 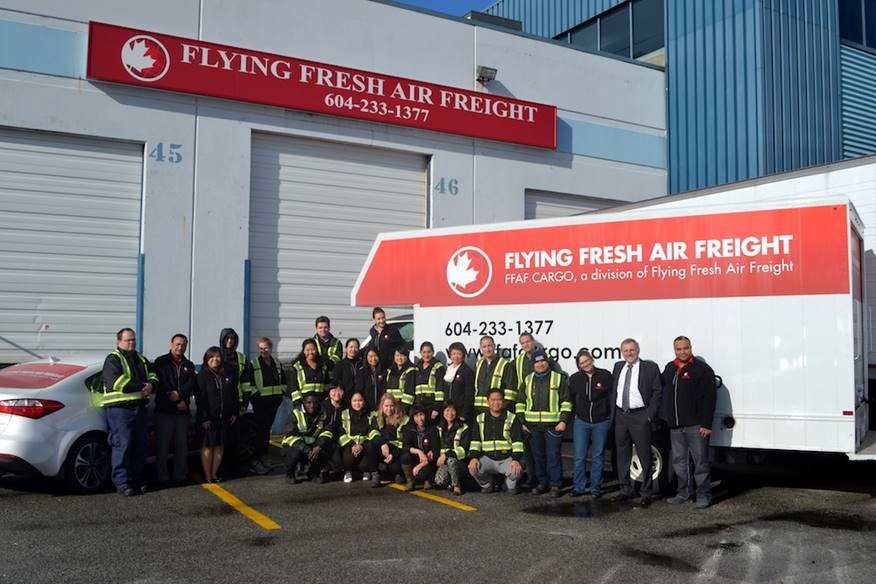 Most recently, FFAF has added X-ray screening to its portfolio of services. In 2017, the company purchased a top-of-the-line Transport Canada-approved X-ray machine, giving its Vancouver location a Regulated Agent (RA) status. “After 9/11, airline security of cargo became a much higher priority and we moved into becoming a screener as well as a freight forwarder, X-raying products for our customers and, in some cases, even for airlines,” Harnett explains. “On the horizon, there’s a new X-ray machine that, we expect, will get approved in the near future; it combines X-ray and 3D imaging to provide a much better picture. Once that is approved, instead of having to screen everything box by box, we should be able to screen full skid loads of seafood or cherries or blueberries, etc. The only problem is that the present X-ray machines cost about a quarter of a million; the new X-ray machine will probably cost about three million U.S. dollars. It will be much more efficient, but at a much higher cost. Also, Transport Canada is looking at the possibility of approving canines to do similar type screening. Dogs can do it much faster. They can’t work very long, but they can screen a truckload of freight in about 20 minutes.”

Being the number one freight forwarder in Canada in terms of air freight tonnage doesn’t mean that FFAF is without competition. But Harnett believes that his company has carved out its own particular niche. “Our main competitors would be the top ten, worldwide, multi-national freight forwarders, but we’re the lone entrepreneur in that group. And I guess what makes us stand out is that the majority of our customers, whether it be the owners of seafood companies or fruit companies, tend to be entrepreneurs, as well. So, we actually understand how they do business; we respond to them much quicker with decisions; and our staff is more willing to go above and beyond in terms of effort and putting in the time on the job. We’ve had staff that, during peak periods, have voluntarily stayed on the job for 40 hours without sleep. You won’t find that in a multi-national company.” 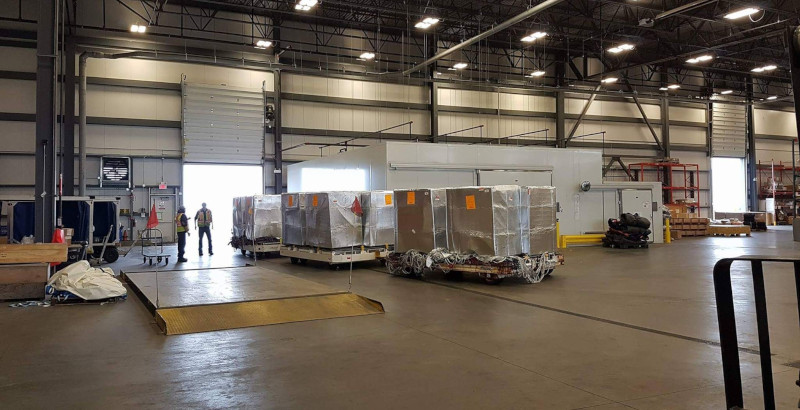 “Our commitment to service levels has allowed us to stand out to all of the entrepreneurial companies in Canada and even some overseas companies,” Harnett continues. “And the fact that we understand the needs and requirements of entrepreneurial companies, even if they need service 16 or 24 hours a day, seven days a week, we endeavor to provide what is necessary. We’ve earned a reputation for it in the last 20 years, even to the point that we’re well-known for our service levels in Holland, in China, in Singapore.”

Regarding FFAF’s success over the past years, Harnett gives much credit to its good relationships with a number of air carriers, particularly Air Canada. “We’ve had a magnificent relationship with them since about 2007,” he remarks. “They’ve added new airplanes, each year; their service levels have gone up, each year; and the equipment they’ve bought and introduced to the market are excellent for carrying cargo. And, of course Cargojet, in Canada, a domestic freighter – our relationship with them is quite good, as well. Because we are the number one freight forwarder in Canada, our relationship with all of the airlines is quite healthy.”

Going forward, Harnett says that even though the company has reached number one status, growth is still an important item on the agenda. “We want to expand and grow our non-perishable business, eventually looking at ocean freight and air freight imports. Our growth in e-commerce, in both the perishable and non-perishable business, has recently been quite significant, as well, so I expect that will continue to grow, particularly in doing business with China. We’ve also joined a worldwide agency group called WCA that provides us with 7,000 agents around the world that we can work with to provide service to, or from, any city around the world. From a competitive standpoint, our ability to provide service from any city means we’re not overmatched by the multi-nationals.”

By combining exceptional personal service and international experience, Flying Fresh Air Freight and FFAF Cargo remain at the forefront of the freight forwarding business, both in Canada and beyond.

WHAT: A transporter of perishable cargo

WHERE: Headquarters in Vancouver, British Columbia