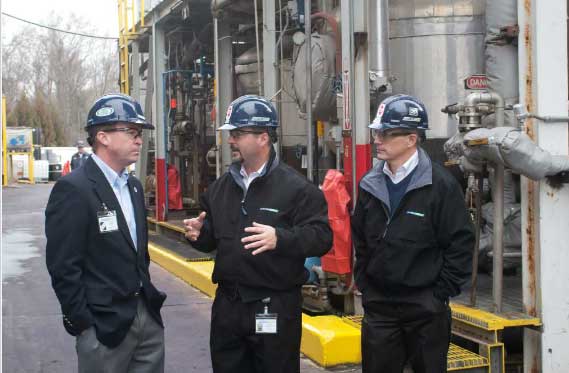 Carving out a niche in the specialty chemical industry

Based in Fort Mill, SC, Nation Ford Chemical (NFC) was founded in 1977 and the current CEO, John Dickson, joined the company shortly thereafter. According to his son, Jay, the current president of the specialty chemical company, his father had developed a new technique for producing TBC, tertiary butylcatechol, which is an organic specialty chemical used as a stabilizer and an inhibitor in butadiene, styrene, and vinyl acetate as well as an antioxidant for synthetic rubber, polymers, and oil derivatives. As a salesman for Union Carbide based in New York City, John Dickson recognized the need for a domestic producer, so he bought some equipment and opened shop. At the time, the chemical was only available in France and Japan. 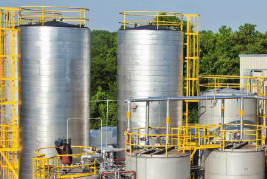 Today, Nation Ford Chemical is one of America’s most respected custom manufacturers of specialty organic chemicals, intermediates, polymers, and colorants for a broad range of customers world-wide. Two of its main products are PANA (N-Phenyl-1-Naphthylamine), used in jet engine lubricants, turbine oils, and other miscellaneous lubricants and greases; and sulfanilic acid, used as an intermediate for the production of paper brighteners, concrete plasticizers, food dyes, and pharmaceuticals. The company’s production facilities feature a large manufacturing plant, two fully equipped development labs, and a 15,000 square-foot warehouse. Along with organic reactions, NFC can perform distillation, solvent recovery, filtration, drying, and several unique finishing steps as well.

According to Jay Dickson, about half of the company’s business is making its own products and the other half is “tolling.” He explains, “Tolling, in the chemical world, is when a chemical company has need for a specialty chemical and knows how to make it, but it doesn’t have the capability to produce it, or it doesn’t want to spend the money producing it. In this case, they go to another, usually smaller company to produce the specialty chemical. Typically, the larger company provides the process and purchases the raw materials; then, the smaller company ‘toll’ produces the desired chemical for the larger company.”

Dickson says that a typical tolling customer for NFC would be “any of the large chemical companies with operations in the USA. We produce for almost all of them. They are all niche products; we really do not make one particular line of products. A customer can come to us and it could be the oddest, most unique product in the world. If we think we have the capability to manufacture it, then we’ll accept the project. Our primary capabilities are engineering and manufacturing. We’re not an R&D company; we’re not developing new products, and we’re not scouring the market for new products. We let our customers do that work. We have eight engineers on staff, three chemists, eight managers, and the balance of the employees are chemical operators, mechanics, shipping clerks, lab technicians, and office staff. We do have a very strong focus on engineering, because we do scale-up work. If a new product is developed in a lab elsewhere, and a company wants to commercialize it, we do that kind of work. We’ll scale it up in the plant and help develop the first commercial process.”

In addition to NFC’s production expertise, changes in the global marketplace over the last several years have helped propel the company into its current, leading position as a manufacturer of specialty chemicals, intermediates, and value-added products. Dickson recounts the shifting dynamics: “Let’s go back about 15 years,” he says. “Many of the manufacturers for basic chemicals and intermediates – the building blocks – were moving to China and India and being sold in the market for much less. So there was a mass exodus from the US of some chemical intermediates, especially in the dye industry. In the past, we had made a lot of dyes here, but the dye industry is now almost extinct in the USA. There were many closures of small, middle, and large chemical companies in that line of work, and, of course, the textile industry left. Many of textile chemicals, including dyes and a lot of other finishing chemicals, went offshore, so there was a great reduction in domestic capacity.”

However, over the last several years, 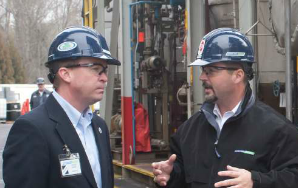 the situation has been changing. While about 50 percent of NFC’s chemical building blocks still come from China and India, companies that have spent years working on new technologies for manufacturing value-added products based on those raw materials were loathe to open plants in China. They feared, for example, that their trade secrets would be stolen. In addition, the government of China has been closing down chemical plants lately because of runaway pollution. This action has caused a shortage of certain intermediates.
“When there’s a shortage in China, the price of these intermediates increases,” Dickson explains. “There’s been quite a turmoil in the last three or four years out of China, because the government has not been consistent in whom they shut down.” The upside is that not only can NFC offer its customers competitive prices on raw materials and intermediates due to its reliable sourcing from its partners in China, it can also provide the type of quality and reliability in manufacturing that is only available from a U.S.-based company. “Right now, therefore, there is a shortage of companies like us that can scale-up new processes. The reason we succeed is because when we are working on a new product, our main focus is making sure that customer is happy with our performance; we do whatever is necessary to make sure the scale-up is completed on-time and on-budget.”

According to Dickson, NFC’s current success is priming it for new growth in the near future. “We are undergoing an expansion,” he says. “We’re adding reactors for new products; we’re doubling our warehousing facilities, and we’re looking for acquisition opportunities. We own a 27-acre site in Fort Mill, S.C., and we have plenty of room to grow. We’re not looking to become the next DuPont. We experience growth of about 10 percent every year and that’s what we’re looking for in the future. We grow by earning the business from new and existing tolling customers and by looking for smart acquisitions. We’ve got 90 employees and we’ll probably be at 100 or 110 next year.”

Dickson adds that during a technology transfer, NFC is always interested in improving efficiency when appropriate. “When we transfer a product from older plants to our Fort Mill facility, we do a great job on improving the production processes,” he notes. “If a company has been making the product a certain way for many years, we can usually make an improvement by adding computer control or even recommend chemistry modifications. And if a large company is shutting down a plant, and there’s still a product that’s being made in that plant that’s profitable, we will consider producing that product.

In addition, NFC is well-known in the industry for its stellar environmental and safety record. The company has been recognized by ChemStewards Performance Improvement Program each of the last five years. Sponsored by the Society of Chemical Manufacturers and Affiliates (SOCMA), it recognizes members of the batch, custom, and specialty chemical industry in five core areas: Stakeholder Communications; Product Stewardship; Environmental, Health, Safety and Sustainability in Planning and Operations; Employee Training and Engagement; and Resource Management and Waste Minimization.

Thirty-eight years ago, John Dickson saw a need and filled it. Since that day, Nation Ford Chemical has carved out an important and profitable niche in the specialty chemical industry successfully. Now, NFC proudly continues to expand the vision that John Dickson created many years ago. 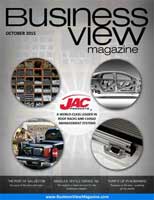 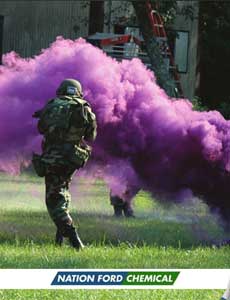