Ithaca, Michigan – Up there with the best

The small city of Ithaca, Michigan, named after Ithaca, New York, sits right in the geographic center of the state’s Lower Peninsula. Incorporated as a village in 1869, and a city in 1961, it is the county seat of Gratiot County with a current population of 2,800.  Gratiot County was named for Captain Charles Gratiot, who supervised the building of a fort that also bears his name, Fort Gratiot, erected in 1814 in St. Clair County, to guard the juncture of the Saint Clair River and Lake Huron. 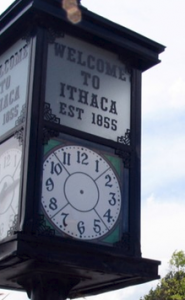 Gratiot County was first settled in the early 1800s by New Englanders who were moving west after the completion of the Erie Canal and the close of the Black Hawk War.  When they arrived, there was nothing but a virgin forest and wild prairie, so they laid out farms, constructed roads, erected government buildings, and established postal routes.  A second wave of immigrants from Germany occurred in the 1890s.

Recently, the City of Ithaca – in close collaboration with Gratiot County; Greater Gratiot Development, Inc. (GGDI – a private, non-profit organization, formed in 1978 and devoted to the retention, expansion, and attraction of business and industry in the county); the Michigan Economic Development Corporation; as well as various departments of Michigan state government – landed a major new agriculture-based industrial citizen – Zeeland Farm Services, Inc. (ZFS).

Based in Zeeland, Michigan, ZFS is a family-owned, agribusiness and transportation company that serves the Midwest and Southeast.  Its products and services include grain merchandising, feed ingredients, vegetable oil refining, a full-service elevator, soybean seeds, non-GMO soybean meal and oil, and Zoye branded soybean oils.  The new ZFS Ithaca facility will be a large soybean crushing operation, four times larger than the company’s current plant in Zeeland. “We’re the geographic center of the Lower Peninsula,” says James Wheeler, President of GGDI. “So, it made a lot of sense for them to move into this market to expand, where they can process the soybeans grown in proximity to here.”

“A couple of years ago, they proposed the purchase of a 460-acre former development site that was going to be an ethanol plant, which, for various reasons, never got totally built, and the site sat there for quite a few years,” Yonker explains. But in order to make the project happen, Ithaca and ZFS had to come up with a financing plan that was beneficial to both parties and, in the end, several economic incentive programs were creatively used to help underwrite the project.

The first was getting the state to designate the ZFS property an Agricultural Processing Renaissance Zone, thus reducing the company’s property taxes for the first 15 years and ultimately saving it $14.8 million.  Another was to secure a Brownfield Redevelopment Agreement that will reimburse ZFS for $12.2 million in certain upfront infrastructure costs once the Ren Zone expires.

“The Brownfield District will allow the County Brownfield Redevelopment Authority to capture taxes from most of the taxing jurisdictions and pay ZFS back for the cost of the infrastructure for which they are fronting the money,” Yonker explains.  “So, that way, the city doesn’t have to use our bonding capacity and we aren’t out a significant amount of money, waiting to get paid back after the Ren Zone expires in 15 years.  ZFS is taking that risk; they’re fronting the money for the infrastructure and then they will get paid back.”

However, in Michigan, most types of 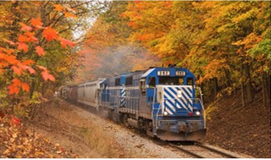 incentives that Ithaca, ZFS, and the county employed, cannot normally be directed to a private company; they have to be directed to a public body, such as a municipality.  Thus, Ithaca is doing its part by installing some of the required infrastructure improvements, such as an electric substation and rail line extensions, to the ZFS property and then leasing them back to the company.  “We have also installed water and sanitary sewer improvements so that we could provide water for domestic and fire suppression use, and take all of the wastewater that they’re generating,” says Yonker.  “ZFS is also bringing in high-voltage electric transmission lines from seven miles away and are paying for that up front.  So, in order for them to be eligible for state grant funding for that, the city is going to own the substation and lease it back to them to operate. That’s another public infrastructure improvement, and that’s some of the creative ways we’ve done this.”  “It’s quite a project to put all these pieces together in order to do it,” Wheeler adds.  “If it hadn’t been for the city, there’s no way this project ever would have occurred here.”

Yonker states that the new ZFS facility will create 100+ construction jobs over the two-year construction of the facility. “ZFS intends to create 74 total jobs, between our plant and at their corporate headquarters in Zeeland. Sixty will be local, in and around Ithaca – truck drivers, lab technicians, maintenance people, railroad operators – because they are putting in quite a lot of additional rail sidings to service this facility. Overall, ZFS will invest over $130 million on Phase One of this project, which is the soybean processing facility.  They potentially have a Phase Two and Phase Three.  Phase Two – maybe within the next three to five years – may likely be a corn processing facility, and Phase Three – if the market and incentives are proper – may involve some sort of ethanol production at that site.”

Wheeler believes that ZFS’ presence will attract other business ventures to the area. “We know, given the scenario of this company, it is going to draw folks in here,” he states. In fact, one company has already made the move. “We just had a business relocate from the industrial park, leaving a vacant building,” Yonker relates. “Now, we have a company that’s transferring here from Alma, ten miles north, and they’re going to be working on large equipment and semi-trucks and maintenance, which is right in line with what ZFS will be needing.  When it’s under full operation, next fall, at harvest time, we’re going to be looking at three to four hundred trucks a day, in and out of the ZFS facility. This is the type of complementary economic development that we want to encourage.  By assisting ZFS with this project, we’re going to need other peripheral businesses to support them.  So, sixty jobs are going to be multiplied by two, maybe two-and-a-half times.”

Meanwhile, Yonker says that in planning for future growth, Ithaca is in the process of expanding its six-year capital improvement program for all its capital investments – streets, water, sewer, stormwater, buildings, parks, etc. “We are proceeding to bring all of our infrastructure under an asset management program so we can take stock of what we have and get those items that need work scheduled into the capital plan,” he reports. Some upcoming agenda items include using a $340,000 grant from the state’s Stormwater, Asset Management, and Wastewater (SAW) program to survey and video capture all of the city’s storm sewers to get an idea of their condition and location. “It will all be set up on a GIS (Geographic Information System) format,” he adds. “We already have a layer of parcel lines over the aerial photo base map; now we will add a layer of the stormwater system.  We are also separately contracting to have our entire water and sanitary sewer systems added to the GIS system.  Soon, our public works crew will be able to pull up a GIS map on tablets in their vehicles to see what was put in where and, potentially, be able to link up to a video of it to see its underground condition. That’s a way of using technology to help us prioritize where we need to make improvements and repairs.”

Yonker believes that Ithaca, small as it is, still offers any new settlers who may want to relocate there, many advantages. And he is bullish about its future. “We’re right in the middle of the state, so transportation routes are very efficient,” he proffers. “We’re building new paved pathways and bike routes; we’re making the city more walkable with a city-wide sidewalk improvement millage; we’ve got a great school system; and there’s a good quality of life, here. We’re very progressive and are not afraid to be creative and take measured chances. I’ve been in local government for 37 years in three states, and Ithaca is right up there with some of the best communities with which I’ve worked. Its future is very bright.”

WHO: Ithaca, Michigan
WHAT: A city of 2,800
WHERE: Gratiot County in the geographic center of the state’s Lower Peninsula
WEBSITE: www.ithacami.com 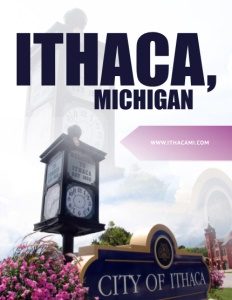