Business View Magazine interviews Matthew Achak, Co-Founder of FCR, as part of our focus on best practices of American businesses.

A contact center, call center, or customer interaction center, is an integrated and sometimes automated, communications system leveraging live agents, which coordinates phone and other omnichannel, electronic contacts such as email, instant messaging, web chat, text to chat, social media, etc., between an organization, or company, and their end users or customers. While some institutions maintain their contact centers in-house, a vast number of domestic and international companies prefer to outsource these tasks to service providers, both domestically and internationally. Over the last decade or so, many of these service providers have placed facilities in various non-U.S. locations, such as India, the Philippines, Canada, throughout Europe, as well as across Central and South America. 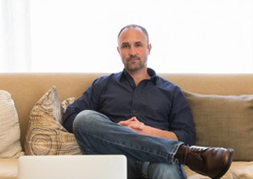 Contact center agents may handle a high volume of customer service interactions on any given day, making efficiency a challenge. Many contact centers place a greater emphasis on first call, or first contact, resolution, with the goal that agents do all they can to resolve cases on the first touch so an individual is not forced to  call in again. The trouble is that, all too often, the quality of the customer experience is jeopardized when service is rushed, quality is compromised, or the interaction is not handled thoroughly. Various studies have shown that customers often feel frustrated with the quality of their interactions with customer service representatives, citing such concerns as agents lacking sufficient knowledge of the subject, being placed on hold for too long, and repeated requests for the same information. Some of these problems can be attributed to either offshore contact centers with different cultural conditions, or large, domestic centers with undertrained or poorly motivated support agents.

FCR, or First Call Resolution, is an Oregon-based provider of outsourced, live agent, contact center and business process solutions, with the majority of its current call center operations located in the Pacific Northwest. FCR offers its customers the highest possible quality services, with none of the problems endemic to many of today’s overseas and/or large call and contact center locations. It serves the high-tech, internet, e-retail, telecom, healthcare, finance, travel, transportation, insurance, and other various sectors of the “new economy,” and its specialty is creatively working alongside its clients’ existing operations and support desks, helping to fill in gaps in their sales and back office services.

Recently, Business View Magazine spoke with Matthew Achak, Co-Founder of FCR. Achak has been involved in the outsourcing industry in some form or another for almost 20 years. Before co-founding FCR, he was the Director of Sales for a $4 billion multinational provider, and prior to that he was the Executive Vice President of Sales for a mid-sized, domestic-based outsourcer. The following is an edited transcript of the conversation.

BVM: Can you talk a little about the genesis of FCR and the early days of the company?

Achak: “FCR was started in 2005 by my partner, John Stadter, and me. He and I had a history, already, together; we had worked for another outsourcer, called 800 Support and, in many ways, the DNA of that company was built into FCR. The overall, overarching methodology and philosophy was to find small towns in the Northwest, towns that maybe had seen better days, towns like Roseburg, Coos Bay, Veneta, Independence, and Great Falls, where the work that we were targeting could be brought back from overseas to these small towns.

“The concept was to pay better wages, provide health benefits, a much better working environment and more fulfilling work, allowing our people to build careers, thus bringing real opportunity to towns where none had previously existed. Many of these towns have been almost forgotten. They have renewable industries that have stopped renewing, such as mining, farming, fishing, and timber. John and I started with one town in 2005 – Roseburg. That was going to be our test scenario to see if we could convince companies, which at the time were moving a lot of work overseas, to bring that work back to the U.S.

“So, we began by looking for companies that we believed would appreciate our focus on higher quality, U.S.-based labor. We looked for programs that were more interesting, where culture was a good match with the cultural philosophies that we were hard wiring into FCR. And John and I got lucky with a few early clients. My partner is an amazing operational and financial wizard, so I knew that if I could bring these companies in, John’s team would deliver and build out successful contact centers and put smart, talented people on these programs to achieve great success.”

BVM: Any other aspects of FCR’s overriding philosophy?

Achak: “It was really built around colleague retention. We wanted to measure our colleagues’ retention in years, not months, as most outsourcers do. You see, in our industry retention is the biggest challenge most outsourcers face. If you build a large call center in a place like Phoenix or Las Vegas or Denver, people are going to turn over regularly because everyone competes for the same labor and thus agents will jump from company to company quite readily. But, what if you built a model where people were encouraged to, and incented to, stay a long time. A place where you paid raises, and provided health benefits with a better, healthier, more inclusive environment to work in. Would they stay a long time? That was the idea and we built from there.

“Roseburg was our first site. Then, we expanded and expanded. We opened up Grants Pass, and we really seemed to strike a chord with many of these companies in the “disruptor space,” companies that are always looking to push the envelope on how business is conducted. These organizations move quickly and need a savvy support team that is capable of moving fast, thinking on their feet, and adapting to new trends in service and support as they evolve.

“After Grants Pass, we opened up our Coos Bay site 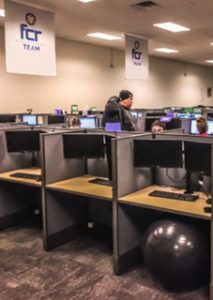 on the coast of Oregon. As Coos Bay expanded, our business really started to take off, so we opened up our Veneta, Oregon site, followed shortly thereafter by our Eugene base camp – our headquarters site. Following that we opened up our Independence site. And then, just last year, we opened up our first out-of-Oregon site in Great Falls, Montana. And that site is really starting to fill up; we believe Montana is, in many ways, a cultural and demographic twin to Oregon.

“Finally we just announced our first near-shore location in Tijuana, Mexico, which is going to help service the growing Spanish support need that many of our clients have been asking for. We have already begun moving forward and expect to officially open that site for business in early April.

BVM: So, how many employees do you have and how many clients do you currently service?

Achak: “We have over 70 clients and we employ more than 1,600 colleagues, and we are growing quickly.”

BVM: How did you build your client portfolio?

BVM: Is there a typical FCR client?

Achak: “There is no typical client or program size. We work with large companies and medium-sized companies across all industries – some Fortune 500 companies, but we also work with small, fast-moving disruptors and tech companies. We look at a couple of things: financial viability of the company, and the cultural fit. Do they match up with who we are as a company? Do they understand our vision and does it match theirs? If those things are aligned, then we think it’s a good fit.”

BVM: Is that what makes FCR different from the competition?

Achak: We really are trying to rethink how outsourcing is done from the ground up. The whole idea of building massive sites is, we believe, an older model from an older time. We think it’s a much better idea to build smaller and more nimble, pod-size contact centers in communities that need the jobs. We believe people want to work in a company where they know everyone, where they recognize their colleagues, where their managers know their hopes and dreams, and where they understand where their career is going. We feel like people get lost anytime the site gets over 500 people. It just becomes a numbers game at that point.”

BVM: So, your model is to offer individual people long-term employment opportunities in areas of the country where employment of this sort is a good fit?

Achak: “Not only that, but where you can work in this job and actually own a house in your small town. We’re one of the few outsourcers that has been organically growing, creating jobs in the U.S., that’s privately held, focused on small towns, and that’s not built to grow massively large contact centers, but instead build manageable, smaller ones that are trying to create careers. I don’t think many companies are doing this. We seem to be one of a kind.”

BVM: But what is the value proposition to your clients? They don’t care about who you hire and what you pay them; they only care about what you can do for them.

Achak: “I disagree. Here is why they do care. If it takes, let’s say, somebody in Manila or India ten minutes to handle a call, but it takes my people, five minutes, is that really the same value? Now, what if their quality is a three and ours is a ten? I’ll go further. If their work is being done by a company that is constantly retraining their agents and my people stick around for years, is the end result going to be the same? The price may look lower, but quality, efficiency and effectiveness are just as important. All of this goes into it; it’s not just an altruistic idea. Yes, John and I like doing good in the world and we love helping our communities, but we’re also businessmen, and I know that in order to be successful, we’ve got to build a model that makes my clients’ businesses more successful. If we can create a model where the quality’s better, where people will retain longer inside FCR, where my metrics are better, and where the price is fair, we believe the sky’s the limit.”

BVM: So, you don’t compete on price?

Achak: “It depends. Price will always be an issue, but what FCR does is focus on quality of work, flexibility, creativity, and the fact that you are doing work with people who are culturally connected to you, who understand your ‘pain points,’ and who understand the challenges that you experience dealing with ever-changing technology. We do our best to provide a fair price for the highest-quality solution. That’s the value FCR brings to the table.”

BVM: Has anything happed recently, or planned for the near future, that will impact the way you do things or that you would want our readers to know about?

Achak: “Opening up our site in Tijuana this year is extremely exciting. This finally gives our clients a high quality, Spanish language support capability that we had previously lacked.  We’ve also opened a professional services silo inside the company that is now doing everything from CRM implementation to training modules development – super exciting stuff.”

BVM: Where do you see your company positioned several years up the road?

Check out this handpicked feature on Specialized Digital Assistants and Bots Expected to Generate Over $600 Billion in Revenue by 2020.

WHAT: A provider of U.S.-based call center outsourcing solutions 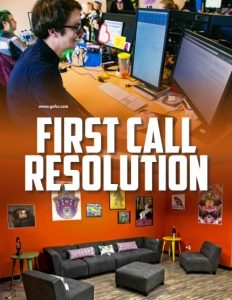