Business View Magazine interviews Derrick Case, owner of DressUp, as part of our focus on best practices in the retail sector.

Derrick and Danielle Case used to go shopping on weekends. They did it as high school sweethearts, they did it when they went to college together in the small north Georgia town of Dahlonega, and they did it in the early years of their marriage. “Dahlonega is about an hour from the closest mall,” Derrick recalls. “My wife loved shopping and we went to the mall every weekend for the first seven or eight years of our relationship.” 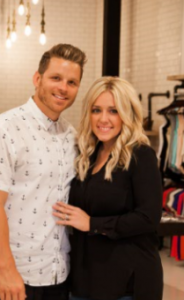 According to Derrick, things changed, though, one day, after yet another visit to the mall’s clothing outlets: “Danielle came out of a store and said, ‘We come to the mall every weekend, and it’s always the same stuff. Nothing ever changes. The stuff that I like is overpriced, it may or may not even be on trend, and it only changes once per season. Let’s go back to our hometown and open our own clothing store. Let’s open a store for women and make it affordable. I want to get new stuff every single week, so that it’s always changing and so that people have a reason to keep coming back.’”

After Danielle’s considered exhortation, things moved very quickly. “That sounded like a great idea to me,” Derrick recounts. “That was on a Saturday. That Monday, I went to a friend of mine about some real estate. He said he may have something by the end of the week – a small space in a basement in Dahlonega. The very next Saturday, we went to an apparel show in Atlanta and found some clothes that we liked. On Monday, we signed a lease for a year and opened up four weeks later. So, in five weeks, we went from the idea to the first store being open.”

DressUp was an instant success. “We did it with our own money,” Derrick adds. “We didn’t take out any loans. After about a year – we both had kept our full-time jobs – I was working in sales for a Fortune 500 company – I finally got to the point where I was tired of working two full-time jobs – running our company and doing the sales job, so I quit my sales career. I took a drastic pay cut – I was one of the top sales reps in the state, at the time and I was only 23 years old.”

How did a scrappy little start-up manage to find a successful niche in the very competitive world of women’s clothes? “Nobody does what we do at the level we do,” Derrick explains. “We get in 60 or 70 styles every single week – a style being a dress or a top. So, every single week it’s 60 or 70 new items. Nobody does that, especially if they’re manufacturing. But we don’t manufacture; we’re resellers. We buy from 40 or 50 different manufacturers from the thousand plus that exist in the market that we’re in, the fast fashion area. And nobody on the local level has the buying power that we do, so we’ve really got a competitive advantage.”

DressUp also has strict criteria when choosing manufacturers for its

brand. First, Derrick says, is the look: it must match the southern style its customers prefer; then there is the price point: affordability has always been a prime differentiator; and, finally there’s the quality of product: it has to be a good value. “So, if you check off those three boxes, great,” he reports. “The fourth thing is can you produce enough for us? Because a lot of these manufacturers produce small runs to keep their risks low. But we buy a lot. That’s what most important in wanting to work with us.”

Of course, bringing in 60 or 70 new items each week means that some inventory will have to go. How does DressUp deal with any overstock? “It takes care of itself,” Derrick avers. “Luckily if you mark something down enough, somebody will buy it. We take a lot of it back to our website, reshoot it, re-image it, remarket it, and put it back online for a heavily discounted price and, normally, it will sell.”

In fact, online selling has become an important part of DressUp’s business model. Its share of company revenue is currently at 10 percent and Derrick would like to see that percentage increase to 50 percent over the next several years. “That’s going to be what we’re working on – software to become what the modern consumer wants,” he says. “It will help us tremendously and make the customers happy, who may want a particular item, that, as far as they know, we have sold out of. Hopefully, in the near future, they’ll be able to access our entire company’s inventory and be able to do that from their cell phone. So, we’ll continue to focus on our website – finding better processes.”

Meanwhile, Derrick says that the company will also continue to expand its physical footprint. “Brick and mortar isn’t going anywhere,” he states. “Maybe not as much as they used to, but people still like to go out and go to stores. So, we’ll keep adding stores over the next several years; probably not as aggressively – a handful of stores a year, probably. So, five years from now, we would have 30 or 35 stores. And we’ll stay regional. We don’t plan on DressUp being a national brand. We’re a southern company and there’s tremendous room for growth in the southeast – Georgia, Florida, Alabama, maybe stretching to Mississippi and Texas. We can have 50 to 100 stores, easily, without going all the way to the west coast or all the way up to New York.”

Sticking to the original idea that Danielle Case had eight years ago of what a clothing store could be has been integral in DressUp’s success. And that’s something that isn’t likely to change. “What makes DressUp special is that we get in a lot of new styles; they’re always on trend; it’s always new; it’s always affordable,” Derrick sums up. “You’re always going to find, either in our stores or our website, the latest and greatest in fashion trends and it’s always going to be of good quality and excellent value for the price. You also get great customer service. That’s why are customers are always repeat customers.”

Check out this handpicked feature on Color Me Mine Enterprises Inc. – Bringing families back together.

WHO: DressUp
WHAT: A women’s clothing store with 20 locations
WHERE: Headquarters in Dahlonega, Georgia
WEBSITE: www.shopdressup.com

LUSH – Based in LA’s fashion district, LUSH Clothing is a women’s apparel wholesale company dedicated to providing clothing for the uncompromising in style. LUSH has spent over ten years designing trendy contemporary pieces that are competitive in quality and style – www.lushclothing.com

Metcalfe Gardens – Breaking The Boundaries Of... 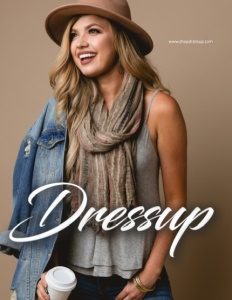