Ripe and ready for development

Prescott Valley, Arizona is a high desert mountain town located about 90 miles northwest of Phoenix and ten minutes from the City of Prescott, in the central part of the state. Nestled between the Mingus and Bradshaw Mountains, the Town of Prescott Valley sits nearly a mile above sea level. In the early 1900s, the area was homesteaded by the Fain family, whose descendants still live, ranch and develop in the area. The town was founded in 1966 and incorporated in 1978 with a population of 1,520. Today’s population tops 45,000. 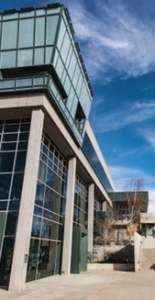 With its wide open spaces, its clear mountain air, its mild, year-round climate, its cultural, recreational, and educational activities, its superior public services, its shopping amenities, its affordable housing, and a secure supply of water for years into the future, it’s no wonder that Prescott Valley, Arizona is often ranked as one of the top places to live in America.

“And our population has been booming,” says Ben Hooper, the town’s Economic Development Coordinator. “We’re the youngest, largest, and fastest growing municipality in Yavapai County and none of those metrics are projected to change. What that means is that between the growing population and the areas of town with new multi-family and single-family home construction, there is a lot of opportunity for new retail and commercial development. We have our existing retail power centers that will continue to go to full build out, and we have areas of town that have 15 or 20 thousand residents without any commercial services currently available and immediately adjacent to them. Opportunities abound for developers, for retailers, for restaurateurs to come in here, open up successful, profitable businesses and fill our retail gaps, ensuring that we are providing adequate commercial services to our residents.”

Hooper believes that the task of attracting new commercial and retail development is made easier due to Prescott Valley’s accelerated permitting process. “I was just talking to a builder who is going to be constructing a new, national chain restaurant in town, and is currently going through the approval process in our Community Development Department,” Hooper recounts. “And he said what has been echoed to me time and time again by developers and builders – that we are the easiest community they have ever worked with, the most efficient community they have ever worked with, and the fastest community they have ever worked with as far as getting permitting done and done well. Our processes are streamlined in a way that makes sure that we can get businesses up and going quickly and bring their products to market as fast as possible. The gentleman said he has worked in communities where it takes six months to get building permits issued. That’s not how we operate.

“In the commercial/retail realm, in the past year, we’ve seen a Dunkin’ Donuts going up; we’ve seen a new Chick-Fil-A; a new Native Grill & Wings; we saw the development of a row of inline shops at one of our retail power centers, called The Crossroads. That inline shop will have a Kay Jewelers opening up in early 2018. We’ve seen a rue21 open in the past year, as well as a Maurices – both of those are women’s clothing stores. A new veterinarian came into another one of our major retail nodes, known as the Glassford Hill Marketplace. The Foothills Bank also located over there, and we’re seeing the continued construction of an Advance Auto Parts in the Glassford Hill Marketplace. And we’ve seen smaller builds like Dutch Brothers Coffee and Rilibertos Mexican Restaurant. We’ve also seen some smaller, locally-owned businesses, such as a café that also has a retail component, called Rafter Eleven.”

Regarding retail and commercial locations, Hooper reveals that the town is eager to work with developers and end users to create individualized incentive packages. “We do not believe that a one-size-fits-all incentive package is appropriate because each deal is different and so we will provide incentives; but we don’t have a pull-off-the-shelf tax abatement or something like that. We try to make sure that the incentive fits the deal, that it makes sense for our tax-paying residents, that it makes sense for the developer and end user, and, of course, for the Town.”

Mike Paredes is the Executive Director of the Prescott Valley Economic Development Foundation, a private, non-profit entity that works closely with the town to attract and retain businesses. “What we are charged with is job creation of ‘base’ jobs, which are those jobs in the manufacturing, assembly, and industrial sectors,” he explains. “The organization is strictly a business attraction, business retention, and business expansion organization. We market outside of Prescott Valley, usually outside the State of Arizona, looking at potential clients in the industrial sector to relocate or expand into our area. The sectors that we go after are aerospace, manufacturing, warehouse distribution, education, and medical.”

“What I go after are those small to mid- 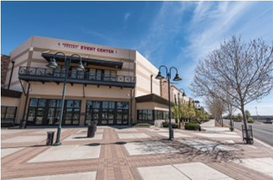 sized companies – from ten to a 125 employees. Most manufacturers in the area fall into that number,” Paredes continues. “That is our niche. We work with the Arizona Commerce Authority, which is our state economic development agency. Also, we are very aggressive in working with national and international site consultants. We work with them to market Prescott Valley as a place to do business; as a place to set up shop. My job is to get in front of these clients and tell them our local story. And we take a proactive approach in assisting those companies that already exist in terms of business expansion – what they are needing today and, perhaps, one, five, or ten years down the line. At the end of the day, we want them to stay, so we work hard on retention and expansion.”

In addition to the ease of doing business in Prescott Valley, Paredes says there are abundant opportunities for developers and companies looking for what he calls “plug-n-play” industrial land. “We have shovel-ready business park lots with utilities and infrastructure ready to go,” he states. “There are a number of industrial parks in the area that they are able to choose from.” Paredes adds that Prescott Valley also offers a pool of qualified and well-trained employees from the area’s high schools, colleges, universities, and technical programs. And, as in Hooper’s department, incentives are offered on the industrial side on a case by case basis.

In order to accommodate Prescott Valley’s explosive growth, Hooper reports that housing construction is booming alongside retail, commercial, and industrial development. “Right now, we have five, master-planned subdivisions that are at different stages of build out,” he says. “And the only thing that is slowing down the single family housing is that there is a bit of a national construction labor shortage issue. But we saw about 470 new housing starts, last year. We’re projecting around 500 new single-family housing starts, this year. We have three multi-family units, totaling about 550 units that will be opening. The permits were approved, this year, so, ideally, they’ll be phased in over the next two to five years. One of them is right in the middle of our central business district.”

One company that has been building homes, commercial retail space and industrial centers in Prescott Valley for years is the Fain Signature Group. CEO, Brad Fain, talks about its work with town: “The longstanding relationship the Fain family has had with the Town of Prescott Valley was established by my father’s handshake ethic back in the 1960’s and throughout his life. Today, we continue to live by that standard; that a handshake and commitment mean something as we work closely together with the Town to make the best life possible for residents and businesses of Northern Arizona’s fastest growing community. Homestead Talking Glass, the Fain family’s newest residential development, is proof that working together with the Town can produce amazing results and an incredible life. This 214 unit apartment complex, complete with 1-2-3 bedroom units, is the region’s only opportunity to live affordably in a downtown environment. The apartments, in conjunction with the multiple commercial – retail – industrial development offerings to businesses that the Fain Signature Group provides, are a result of continuous collaboration with the community and Town leadership. Each day we pursue that vision my father had some 50 years ago as we continue to produce opportunity, shape a community and build a place where families can linger, create memories and a bright future together.”

“I also see a great need for hotels. We have lots of events in Prescott Valley, as well as a tourism scene that brings in visitors,” Hooper adds. “Our Prescott Valley Event Center, which is the home of the Northern Arizona Suns, the G-league basketball team of the Phoenix Suns, is a big draw. We see an estimated 75,000 people per year that cycle through the Event Center, and many of those come from out of town and need places to stay. And while there are hotels in town, they are not able to provide enough rooms for all of the folks coming into the area.

“All of that is to say that Prescott Valley is ripe and ready for new development.”

You can find a past feature on Prescott Valley, Arizona from 2016 here.

WHERE: In the central part of the state, about 90 miles northwest of Phoenix 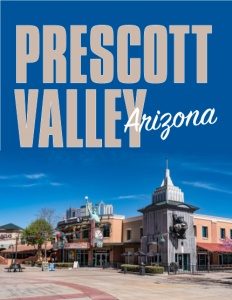