‘Mecca’ for commerce and manufacturing

The City of Freeport, Illinois is a regional center in a rural part of the state. With a population of 25,000, it is the largest city between Rockford, Illinois and Dubuque, Iowa – a definite draw for people from the surrounding area who are looking for employment and entertainment. “We’re a mecca for commerce and manufacturing in the northwest area of Illinois,” boasts Freeport City Manager, Randy Bukas. “We’re approximately 15 miles south of the Wisconsin border and about 45 miles east of Iowa, so we’re tucked right in the northwest corner of the state.”

Freeport’s economic strength comes from its diversity of businesses, including local entrepreneurs who have opened about half a dozen new businesses in the city over the last year. Major manufacturers include Honeywell International, which announced plans to bring about 125 more workers to its Freeport plant in 2019. About 400 people are employed at Met Life Auto & Home Insurance offices, and the largest employer is the Freeport Hospital Network, with about 1,000 people on staff. 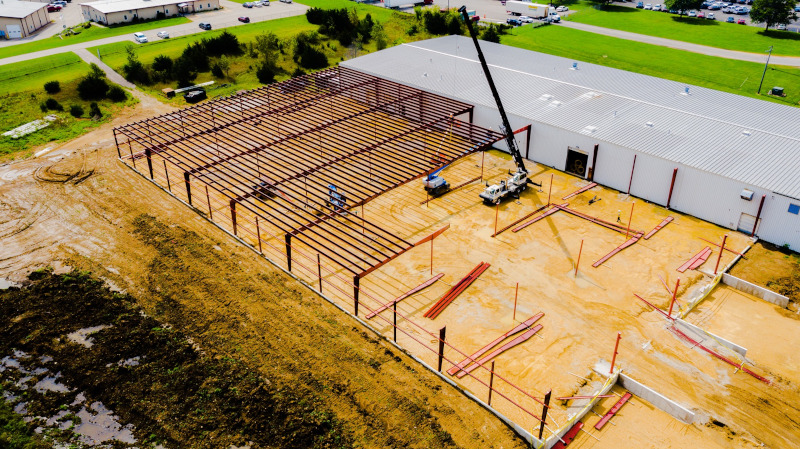 The city itself is investing in infrastructure. Freeport is in the process of a five-year, $54 million water, sewer and street improvement project. In addition, U.S. Cellular is bringing 5G to the community. As it turns out, the City of Freeport also has some pull in the Illinois General Assembly. “I should point out, that our state senator and our state representative that represent our area are both from Freeport,” Bukas reports.

Freeport was founded in 1855 and hosted the second Lincoln-Douglas debate in 1858, three years before Abraham Lincoln became president of the United States. It has been referred to as “Pretzel City USA” because of a popular German bakery known for its pretzels in the 1850s. And the current Freeport High School mascot is a pretzel – a nod to that early heritage.

Today, the city is working toward a bright, sustainable future by encouraging the use of solar energy. Freeport has earned a Gold rating from SolSmart, a national designation program designed to recognize communities that reduce barriers to solar energy and foster growth of solar markets. The city reduced barriers through actions such as creating an online permitting checklist, reviewed local ordinances to address impediments to solar development and allowed solar use in all zones. “We’ve had a tremendous interest and development in solar energy here in town,” says Bukas. “And when somebody brings in a building permit that has anything to do with solar, we make sure that we get building permits issued within three days. So it’s a real quick turnaround time.”

The upgrade to 5G, or fifth generation technology for cellular networks, has already begun. Chicago-based mobile network operator U.S. Cellular is in the process of installing conduit throughout Freeport. “And as part of our agreement with them, they’re also giving us a couple strands of fiber for our use as well,” Bukas acknowledges. “We could either use it for our own community, our own needs, or we can lease it to other businesses. So we’re excited about that.”

In downtown Freeport, the city is spending about $3.2 million on its Chicago Avenue streetscape project. This will involve the replacement of underground infrastructure, as well as repaving the roads and redoing sidewalks to make them compliant with the Americans with Disabilities Act. The Adams Corridor project will expand sidewalks and create bicycle lanes in one of the city’s main thoroughfares. That initiative is expected to cost about $4 million. In other infrastructure updates, a new well is being drilled and a new water treatment plant will be built next to it for a total cost of about $9 million. Some $6 million is being spent on the replacement of about 2,500 old lead service lines leading to people’s homes. The Illinois Environmental Protection Agency is providing a grant for the service line replacement, and a 25% forgivable loan from the agency is being used to help finance the combined well and water treatment plant project. 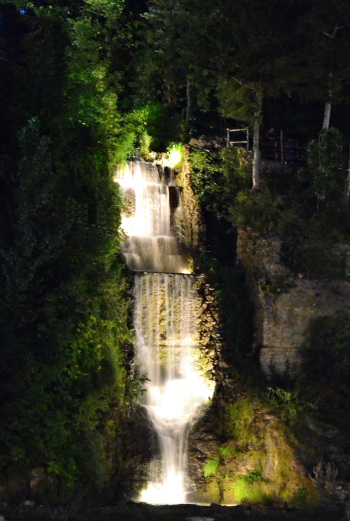 To accommodate residential growth, Freeport is open to new housing developments. The city has an adequate number of apartments and condominiums but could use some more single-family homes. Employment-wise, the local economy has plenty of job opportunities that allow people to progress in their careers while staying settled in the same location. Met Life has been renovating its downtown building and considering increasing the number of people it employs in Freeport. And Tri Star Metals recently expanded its facility by 150,000 square feet. The $3.8 million project coincided with the addition of about 35 new jobs.

“There are some opportunities within our existing companies to climb the ladder, so to speak, and build wealth,” says Mark Williams, Executive Director of the Greater Freeport Partnership. “There are U.S. manufacturing companies that really try to recruit based on that opportunity and create the perfect job and income for somebody to raise a family with. If they come to work for that company, they can stay there and build a career.” One such company is Furst-McNess. Frank E. Furst and Frederick W. McNess founded the company in Freeport in 1908. For more than a century the company has delivered customized commercial livestock feed, feed ingredients and consulting to clients. Today, Furst-McNess is a multinational family business in its fourth generation.

But not every business in Freeport is big and established. “In addition to the larger companies that we have, we have a lot of local entrepreneurs in the community,” explains Kirstin Hinds, Community and Economic Development Director for the City of Freeport. “Just in the past year, surprisingly, even with COVID, we’ve had six ribbon cuttings for small local businesses opening up.”

The city is trying to grow responsibly by taking advantage of its existing infrastructure. This is done by encouraging the reuse of existing facilities, whether that be for manufacturing, offices or housing. “We have all the major tools that are available to redevelop, as well as develop, from the ground up,” Williams reports. “Enterprise zones, tax-increment finance districts for financing, hospitality zone areas, any kind of tool that can help reduce the cost of doing business here. We have industrial sites, as well as commercial and retail sites. Some are existing facilities as well.”

Freeport is also part of the Northern Illinois Land Bank, a government entity focused on helping communities eliminate blight by providing clear titles to new purchasers of property. Land banks are created to strategically acquire problem properties and convert them into assets. They have special powers that enable them to undertake these activities more effectively and efficiently than other public or nonprofit entities. The partnership between Freeport and the Northern Illinois Land Banks is a relatively new one, but two properties have already been sold through the Land Bank. The hope is that this will build momentum and aid in the city’s revitalization efforts over the next few years.

It’s part of an overall plan to keep Freeport prosperous well into the future. “We’re looking at trying to keep our tax base strong with our current manufacturers and retailers,” Bukas says. “And we’re looking to make Freeport a destination for people to come visit. We’ve got lots of great things to do here. And our goal is to just continue to make a strong, strong community. A place where people want to come visit, work, and live.”

Fehr Graham is a leading Midwest engineering and environmental firm and is proud to call Freeport home. Working alongside City of Freeport leaders has been a privilege to help create places and spaces to live, work and play.

Working with the City of Freeport to revitalize some of its water and sewer systems, parks and infrastructure is critical to the health and wellbeing of every resident. It demonstrates the City’s commitment to public health, open space and sustainability. That happens with thorough and thoughtful input from community leaders.

“We’re excited about the possibilities on the horizon for Freeport,” said Adam Holder, one of Fehr Graham’s eight owners and Freeport native. “City officials are providing the foundation on which we can build a thriving town. We have an incredible, decades-long connection with the City that leads to great project results and strengthens our community. Our partnership means an unbreakable trust to make small and substantial decisions together.”

Fehr Graham has been in Freeport since 1973 and has grown exponentially. Firm leaders are happy to keep investing in the community where it has set deep roots.

“We know and love Freeport – we’re invested in its outcome, safety and beauty,” Holder said. “It is very rewarding to see our staff grow and prosper along with the City.”