The welcoming City of Sun Prairie, a suburb of Madison, is the second-most populous city in Dane County, Wisconsin. Sun Prairie’s population of almost 35,000 is strong, resilient, and, remarkably, finds a way to let in the sunshine even on the darkest days. The City’s early history hearkens back to 1837, when a party of 45 men was commissioned by President Martin Van Buren to build a capitol for the Territory of Wisconsin in Madison. The group traveled for two miserable weeks in the rain before emerging at the edge of the prairie where the sun shone down for the first time in days. In testament to the event, they carved the words “Sun Prairie” into a tree. Two years later, Charles Bird returned to the area and became the first settler. The Town of Sun Prairie was first created on February 2, 1846 and incorporated as a city in 1958.

Fast forward to July 10, 2018 – a horrific gas explosion leveled a downtown city block, destroying a bar and a pizza restaurant, as well as damaging the historic old city hall and several other nearby buildings. Bar owner and Fire Captain, Cory Barr, was injured in the explosion and died as a result not long after. Showing true unity of spirit, caring citizens and companies around the area came together with fundraising campaigns in support of the Barr family and the affected businesses. Today, the tagline “Sun Prairie Strong”, a slogan which arose after the tragedy, still resonates as a symbol of the City’s strength as a community.

Neil Stechschulte, Economic Development Director for the City of Sun Prairie recalls, “Two years ago, we had a massive natural gas explosion in our downtown that destroyed six buildings and one of our firefighters lost his life. It was devastating to the community. I live a half mile away, and when it happened I thought a car had gone off the road and hit my house. That’s what it felt like. Since then, we’ve undertaken a major redevelopment project for that area. The planning process is finished and now we’re working on getting some redevelopment started on that site. It’s obviously a huge focus for us. We engaged a consulting planner to work with the community and talk to the stakeholders and property owners to see what they’d like to see down there.” 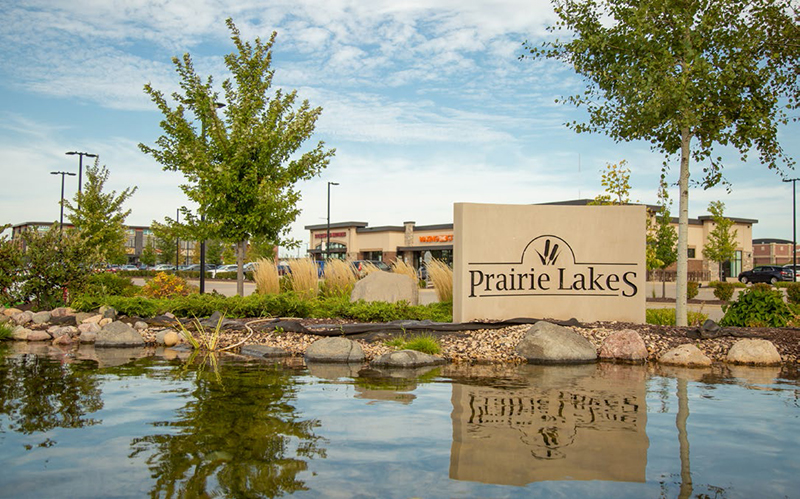 The redevelopment plan is being regarded as a 100 to 150 year decision – whatever is rebuilt there will remain for a long time. The site is a prominent intersection, with a few key property owners in the area. According to Stechschulte, “The explosion happened right across the street from our old city hall, which is on the National Register of Historic Places. The blast knocked the roof off center and there was a lot of external damage to the building. The owner had just bought it a month before the explosion. He’s now kicking off a huge restoration project and we’re evaluating a request that will help restore it to the way it looked in 1912. We’re excited about that, it’s a landmark on that corner. The plan, called ‘Sun Prairie Stronger,’ drives much of the building scaling and the architecture around that historic building and how tall it will be. And we hope it sets the tone for the rest of the area.”

The full redevelopment plan was created with input from the current property owners, and they are encouraged to bring forward a project that matches what is in the document: increased density, more mixed-use, somewhat taller structures – the corner is at the main intersection where the state highway turns and comes right through the downtown. With its location on a highly visible, high-traffic route, the project will be a top community priority for the next several years.

Sun Prairie has also been busy in other avenues. Two new elementary schools were recently built and are now open. And site work is underway on another high school. “Since we first decided to build a second high school, that’s been a big deal for the community,” says Stechschulte. “We’ll be the first community in Dane County outside of Madison that has two high schools within our own district. They made an interesting decision to maintain the existing football field that is kind of historic, and redevelop it for both high schools. So, eventually, there will be football going on every Friday night in the fall.”

Roadwork is always on the list, and a stormwater facility project is on tap but the start has been delayed because the City had to purchase more land than was needed for the pond and they’re trying to sell some of the excess for commercial development. Stechschulte admits, “Working with the developer on that has taken a bit longer than expected, but we have an anchor tenant and we’re just figuring out all the complexities. Normally the City will just buy the land, design the project, bid the project, and build the project. Well, now we have another partner that we have to take care of, too. So there are a lot of details, but we hope it will happen this fall or the spring of 2021 at the latest.” 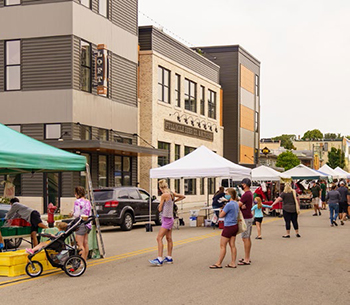 Sun Prairie also boasts a new business park, Park 151, with 700,000 sq. ft of higher-end industrial and office space – a first for the City. A pair of 100,000-sq.-ft buildings are already up and available for lease. One is pretty much full, the second is opening soon for occupancy. An additional building has been sold to Sani-Matic, Inc. – a manufacturer of industrial sanitation equipment. Within the existing traditional Business Park, Imperial Blades was acquired by Milwaukee Tool and is undergoing a major expansion project at their location. The park has had some issues. Of note, Riddell, the football helmet company, acquired a local company for uniforms and built a beautiful 110,000-sq.-ft facility for production. After two years, a corporate decision was made to sell off the business line and the new owner moved the operations elsewhere. As a result, Sun Prairie now has a brand new industrial building right on the edge of town that is available for lease by Riddell.

“That was an unanticipated challenge for the City,” says Stechschulte, “but we’re working with them on it. We’d like to see that building occupied by the end of this year or next spring. In other news, the Hilton Garden Inn is open and offers a great event/meeting space. The new Menard’s Home Improvement retail store is open. And the new Full Mile Beer Company & Kitchen in our downtown has a brewery on the first floor and an event venue on the second floor and a rooftop garden area. It’s open and doing quite well, while under the current COVID-19 restrictions.”

Affordable workforce housing for those making less than 60 percent of the Dane County median income is important to the community. Two projects have been built in the original traditional main street corridor, adding 140 to 150 units of workforce housing. Stechschulte shares, “With the City taking on an increasing interest in affordable housing, we were actively looking for a development partner who could bring us the right type of project with the best chance of being successful. When Gorman & Company proposed their Eleven41 project on Main Street, we knew they had an excellent project resume as a developer, and an equally great reputation as a project manager. Their knowledge, experience, and professionalism was outstanding, and they were great to work with. We are confident that the Sun Prairie housing market would welcome another project from Gorman.” The City is now evaluating another new project on central Main Street as a redevelopment project at the predominate corner of Main and Bird Street for 100 units of senior housing in that same income category.

In addition to Sun Prairie’s unique manufacturing businesses, technology-driven businesses are also producing amazing products. And on the west side of town are all the big box retailers that have opened in the last 10 years. “Growth has been phenomenal,” says Stechschulte. “We’re one of the fastest growing cities in Wisconsin, projected to hit a population of 50,000 in the next five to ten years. Even with the pandemic, our single family home building permits this year are higher than last year. We’ve had a very successful historic downtown for a long time. And despite what’s happening, it’s still doing well. We’ve been incredibly resilient. Those folks down there have had a double whammy the last couple of years – losing the highway for an entire summer of business and the impact of being under construction. Now they’re dealing with COVID-19. Yet, we’re doing good – not a lot of vacancies. And the people are still hanging in. That’s what makes Sun Prairie a great place.”

WHERE: Dane County, northeast of Madison

Town of Hinton – Gateway to the...