The City of Choice

The charming city of Cibolo is located only 30 minutes east of San Antonio in South Central Texas. With a population of approximately 32,000, it’s perfectly situated within the region known as the Metrocom – the northeast corner of Bexar County and the Southwest corner of Guadalupe County. Cibolo has a long and rich history going as far back as the early 1700s when the Comanche and other Native American tribes inhabited the region alongside herds of bison. The city’s name is a remnant from this time, with ‘Cibolo’ being the Spanish and Native American word for ‘buffalo.’

Its first official community was established in 1876 by German settlers. Not long after, the Southern Pacific Railroad constructed a route through the area, connecting to both Houston and San Antonio. The city continued to flourish over the decades, and in October 1965, the community voted in favor of becoming an independent township. Today, it’s a fast-growing suburb offering residents a diverse range of amenities making it the ideal place to live, work, and raise a family.

“Cibolo is a great place to live and it’s one of the safest communities in Texas. We also have one of the top performing school districts, the Schertz-Cibolo-Universal City Independent School District,” says City Manager Wayne Reed. “We’re blessed to be part of the strongest economy in the country since our state has a pro-business environment. We’re growing strong, but we haven’t lost our small-town charm. As a community, our residents have a great deal of pride living here.” Dustin Morris, Business Development Coordinator, adds how he believes the city’s proximity to Interstates 35 (I-35) and 10 (I-10) add to its desirability. He notes, “We have great access and connectivity in all directions. We’re only 16 miles from the San Antonio International Airport and 65 miles from the Austin–Bergstrom International Airport (ABIA). We have immediate access to the Eagle Ford Shale region just to the Southeast. With all these resources, we’re becoming a top contender amongst our peers.” 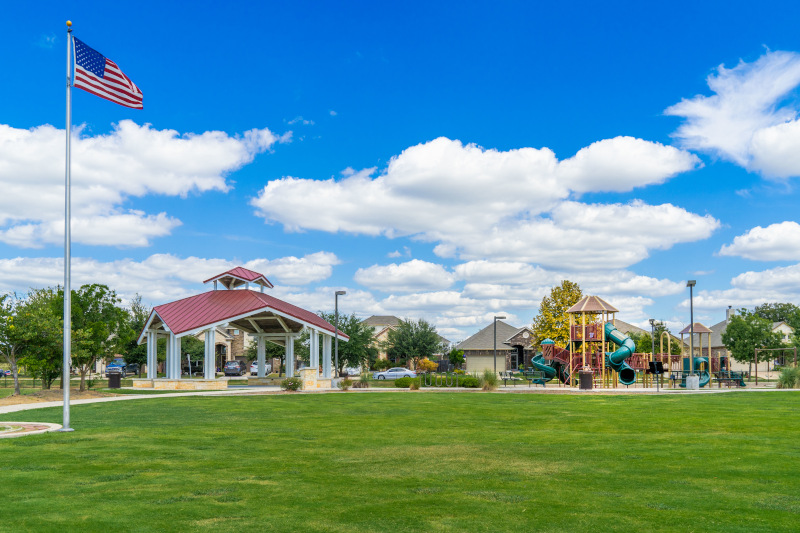 A strong sense of community is another appealing factor – citizens choose Cibolo for its quality of life. Christine Pollock, Cibolo’s Public Relations Manager, shares, “People move here for that hometown feel, but with the closeness to big city amenities like our retail and restaurants. We still maintain that small-town charm where you can walk down the street and see your neighbors.” This friendly and welcoming atmosphere helps keep the housing market competitive, especially for single-family detached homes.

So far, Cibolo has been able to keep up with demand, adding about 369 new dwellings each year. Currently, there are about 200 in various stages of completion. Recently finished is Trophy Oak; an apartment complex with 324 units. Equipped with a state-of-the-art fitness center, resort style pool, and dog park, it’s especially appealing to young professionals looking to grow their careers. Dorado at Cibolo Crossing is another large apartment development that should begin construction by the end of 2021. It will be the residential component for Cibolo Crossing, a large mixed-use development, which has sections still under construction. “We’ve seen a lot more commercial growth there with Magnolia Pancake Haus and Willie’s Grill & Icehouse, which have been busy every day,” Morris explains. “Another big win is that Living Spaces, a higher-end furniture store, will also be opening in December.”

Cibolo Crossing isn’t the only area where business is booming. The city’s historic downtown area has also had several businesses open recently. Morris cites how over the last year, the downtown core has changed for the better with more restaurants and bars popping up. There’s even been an influx of food trucks, a popular draw for families. He adds, “We’re also seeing some businesses open earlier instead of just in the evening. It’s now more of an all-day crowd. The business parking lots are always full, which is a nice sight to see.” Quality-of-life businesses like an acupuncturist, yoga studio, and CrossFit gym are even moving in, helping to diversify the area. Pollock reports, “Recently, an old feed store was revitalized, becoming Ernie’s Patio Bar. The owner is a descendant of a Cibolo founding family that we have parks and streets named after. So, it’s cool to maintain that legacy. Residents can enjoy and interact with our history.” 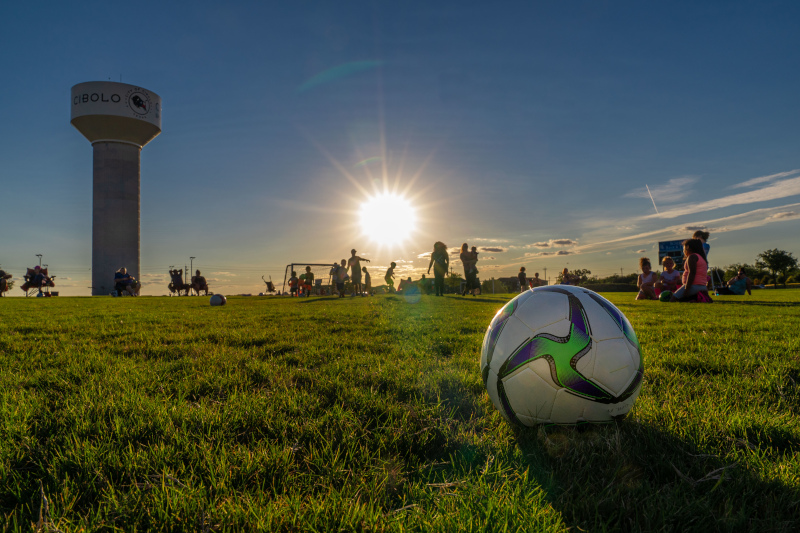 The community is proud of its highly acclaimed school district that emphasizes educating the future workforce. The City of Cibolo along with The Cibolo Economic Development Corporation (CEDC) partner with the school district’s career and technical education advisors. According to Morris, “Our Career and Technical Education (CTE) programs are very well structured. We ensure that each graduating class has the best opportunities offered to them; whether it’s going to college, military or directly into the workforce. We’re very proud of that fact.” The city also maintains strong ties with Northeast Lakeview College. It’s one of five community colleges in the Alamo Community College District. Cibolo partners with the satellite campus, located in a neighboring community, that is involved with the school district’s CTE program. Being part of the Alamo Community College District is a huge advantage because if a specific program isn’t offered at Northeast Lakeview College, a student can easily transfer to one of the other colleges within the district.

Along with education, Cibolo’s infrastructure is diligently maintained. Recently, the Cibolo City Council planned its 2022 fiscal year budget and capital improvements dominated the discussion. “The American Rescue Plan (ARP) Act of 2021 provided an infusion of cash,” says Reed. “Extending fiber internet is top priority. The north side of the city has good broadband infrastructure, but the south side is underserved with either slow or non-existent connections. Water and sewer infrastructure is another main priority.”

Cibolo has also updated its plan for the 5-year Capital Improvements Program. The categories include public facilities, public safety, quality of life, drainage, transportation, and utilities. Reed elaborates, “Across those categories, we’ve identified approximately $370 million in infrastructure needs with transportation being number one. To be successful, we need partnerships so, our Mayor Pro Tem, Joel Hicks, has been our representative on the Alamo Area Metropolitan Planning Organization (AAMPO). He’s advocated strongly to expand the FM 1103 roadway from two to five lanes. The request is going for final approval.”

Sustainability is another key concern. The Cibolo Unified Development Code (UDC) Review Committee recently added some items to its document, which includes electric vehicle (EV) charging stations. New developers are now considering adding universal charging stations in parking lots. “Cibolo wants to get ahead of the game in terms of the electric vehicle industry,” says Morris. “We’re pushing for these accessible charging stations, because currently there aren’t many.” Other than EV chargers, Cibolo secured funding from the AAMPO to create more hiking and bike trails to connect the city. “All of our new residential and commercial developments will now fit our master plan for trails, making sure everything connects,” says Pollock. “We have dedicated parkland credits that developers can receive by donating those green spaces. It helps keep everything open, offering places for our citizens to exercise and walk their dogs.”

In three to five years, Reed would like to see a hotel equipped with a convention center open and ready for business. He adds, “We’d also like to attract more industrial and manufacturing businesses to increase primary jobs along with expanding our retail businesses. And we want to diversify our housing products to include different types of single-family homes.” For Morris, he is looking forward to seeing how the EDC’s recent land purchase of 16 acres develops. Not only could it serve as the location of a hotel, but it could also incentivize commercial and retail businesses to move to Cibolo utilizing that land. The EDC’s goal is to eventually create another industrial park along the I-10. Regardless of what progresses, Pollock maintains the importance of welcoming change, acknowledging, “As a city, we’re changing. We have new leadership for the first time in over a decade with Mr. Reed. He has a fresh perspective, and as a result we’re revamping our processes to ensure our goals come to fruition. We’re ensuring Cibolo remains the City of Choice for current and future residents.”

What: A fast-growing city with a ‘country-style’ way of life; population 32,000