The Borough of Phoenixville, Pennsylvania

Business View Magazine interviews representatives of the Borough of Phoenixville, Pennsylvania for our focus on Economic Development in U.S. Communities

The iconic bridge in the 1946 Christmas film classic, It’s a Wonderful Life, was built with steel from the Borough of Phoenixville, Pennsylvania and the Borough’s leadership has taken that sentiment to heart by working toward offering community members the most wonderful quality of life they can possibly provide. 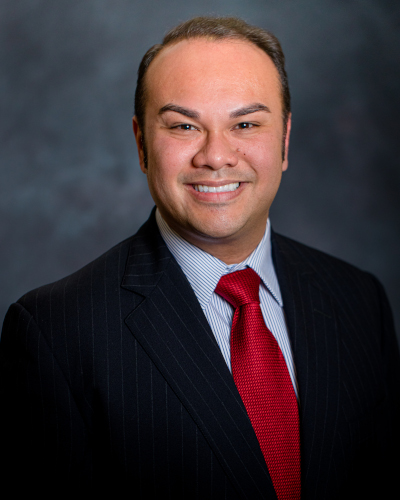 The administration has spent decades building a community where all of its members feel safe, loved, and heard. They’ve done this through redeveloping downtown spaces, creating a trail system connecting most parts of the Borough and ensuring it is one of the most walkable communities in the state. According to Borough of Phoenixville Mayor Peter Urscheler, “Phoenixville is an extremely dynamic community. I think it has historically been a very welcoming and open place. We’ve really been built off of people from all over the world, from all different backgrounds, who have come and shared their thoughts, and their dreams, and their ideals to help build a really strong community that cares about people, and cares about one another.”

Phoenixville is also miles ahead of other communities when it comes to battling the housing crisis. They are also putting environmentally sustainable practices into play at a quicker pace than many other forward-thinking communities. Urscheler acknowledges that there’s no one person responsible for the Borough’s achievements. He notes, “We ve seen this significant revitalization due in large part, to not one single person or entity, but the fact that everyone in the community, the public sector, the private sector… have all been working together. I wouldn’t say there’s been one key element that has led to revitalization. What I would definitely say is that it’s been a community working together to push itself forward.”

Phoenixville is known for its historic steel industry, which provided steel for bridges and buildings all over the world, but since the foundry’s closure in the 1980s they’ve moved to a more residential and entertainment focus. The Borough is also home to 65 non-profit organisations. Located in Chester County, Pennsylvania, at the junction of the French Creek and the Schuylkill River, the Borough of Phoenixville is about 28 miles northwest of Philadelphia and is still considered part of the metro area. 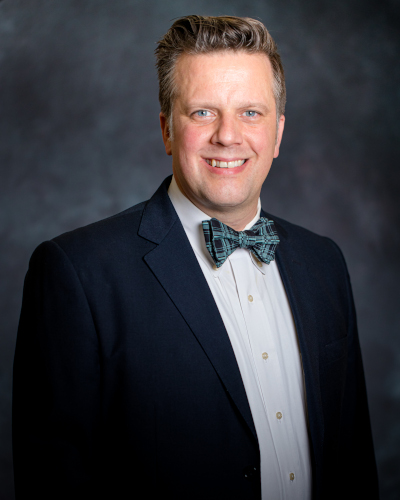 Council President Jon Ewald says the Borough’s proximity to the U.S. east coast and particularly New York make it attractive to many people. With a population of 20,000, Phoenixville is the 14th fastest growing municipality in the state and in the top two percent for population. Mayor Urscheler reports that the two groups making the move to Phoenixville are millennials who are working in the nearby pharmaceutical and financial services industries, and retiring baby boomers who crave that walkable lifestyle. He adds, “What is really special from a business perspective of our community is that we have this incredible kind of walkability. Our walkability score is through the roof. We have lots of trails, so there’s a lot of connection to other communities. In fact, if you hike the Schuylkill River Trail, which is 27 miles – the distance of a marathon – you would be in Philadelphia.”

Most residents travel a short distance outside of the Borough to work, as there are not many industries located Phoenixville. Rather, the Borough has chosen to focus on residential growth and peace for residents without the addition of loud or environmentally unsustainable manufacturing.
Ewald points out that people who live in Phoenixville have many natural wonders at their fingertips including French Creek, the Schuylkill River, 16 parks, recreation facilities, and more. “You can go mountain biking and kayaking, basically any sort of recreational sport in town,” Ewald says. “You’re literally on the water, you’re on a canal, you are literally able to do any outdoor activities where we are.”

Phoenixville prospered throughout the COVID-19 pandemic and didn’t lose a single business, due to the leadership that ensured they expanded the downtown businesses footprint to within two major blocks. The conscious decisions from leadership also helped to attract people to downtown and to make the Borough their home. Urscheler emphasizes, “Now, it’s really more of an attraction to bring people into the community. People love our downtown, it’s like our community living room. It’s where people go to see one another. They see their friends; they see their family and it’s just a great place for people to gather.”

The national housing crisis hasn’t quite been a crisis for the Borough because about 20 years ago the County Commissioners took out a $50 million bond and saved half to give to the 16 urban centers that were accepting density. As a result, Phoenixville has been building homes for years and still has more than 2,000 in the pipe to come. With those funds from the County, they’ve been able to replace aging water and sewer lines, redo many of their roads, and upgrade both water and wastewater treatment plants. 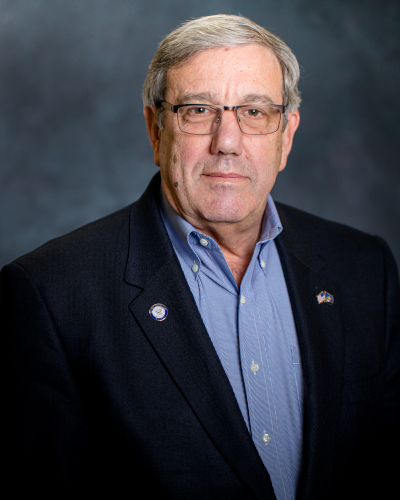 The Borough has also benefitted from other environmental advancements, including the installation of 16 electric vehicle chargers. Borough Manager Jean Krack states, “We set a self-imposed goal of getting to 50 EV chargers by the end of 2023. By the end of this year, we should be at 32.” Urscheler adds, “We were also the first municipality in Pennsylvania to pass full renewable energy in all of our municipal buildings by 2035 as a resolution.” As part of its sustainability program, the Borough self-funded the upgrade of over 1,400 streetlights and all lighting in its numerous buildings to LED. Phoenixville also has top notch internet access, which is attracting those with remote working positions.

When it comes to new projects, the Borough recently celebrated the grand openings of both their new 38,000 square foot recreation centre and gymnasium and a new six bay fire station, which is more centrally located and will make call times shorter. Gorski Engineering developed and built both in tandem. Krack recounts, “The Borough worked with them from the site development all the way to the roof.” Both buildings were started at the same time and finished within three months of each other. “Working with Gorski Engineering has been fantastic,” Ewald adds. The company exceeded his expectations in many ways, but he is overjoyed that both buildings were finished on time and on budget during a pandemic plagued with supply chain disruptions, which is “difficult to do in any timeframe, by making strategic decisions to secure all of the steel before disruptions took place.”

Ewald is also impressed with the company’s knowledge and expertise when it comes to building fire halls. He explains, “This is not a specialty most development companies have, so there are specialised details they know to do, that they know to suggest, that have really helped bring the building into some place where we’re not going to have to modify it in a few years because we forgot to do something.”

Phoenixville is ahead of its time in more ways than one. It will soon be the first municipality in North America to upgrade its wastewater treatment by looking to turn off its anaerobic digestion for wastewater treatment and move toward a hydrothermal carbonization process. Through that process a fuel source will be generated that will power the wastewater treatment facility. The system will also be able to process food waste which Ewald says, “is a huge landfill problem globally.” The Borough hopes to be able to use the system regionally once it’s up and fully functional.

In the near future Krack wants to focus on improving the quality of life in the municipality even more by adaptively reusing existing buildings without creating a “gap tooth scenario” where a building is torn down without a plan to reuse the space. He states, “What’s significantly important is investing even more into the parks and trails systems because that’s quality of life. If people feel safe and they’ve got great things to do, that’s a continuum that you can’t underestimate financially in a budget. You’ve got to devote the financial will to keep that going.”

Ewald believes they’ve wholly embraced progress, despite its difficulties and hopes to continue on that path. He admits, “It can be uncomfortable at times and it’s easy to second guess yourself, but we’ve set a path here for residents, for our businesses, and for the community at large that we’ve been following for the better part of 15 years… we’ve been leading the way, and being progressive, and taking risks, all while being mindful of keeping the high quality of life and improving the community.”

As for Mayor Urscheler, he hopes to see the Borough of Phoenixville continue to grow responsibly and flourish. He shares, “The most special thing about our community is the people. It’s dynamic, it’s energetic, it’s exciting, the best way I can describe it is there is a vibe. You come here and you can feel this energy coming through all of the people in the community.”

The Borough of Phoenixville, Pennsylvania

What: A wonderful and dynamic community; population approx. 20,000

in Collaboration with Bluescope Construction,

ConstructioneeringTM is the process used by Gorski Engineering to successfully deliver projects that enhance the operations of local governments. During this trademarked process, Gorski Engineering, a national award-winning contractor, meets with municipalities, learns the project requirements and desired outcomes, prepares plans, project scope, budget, and procurement, all while utilizing a design-build approach.

Sixty-eight years of construction experience allows Gorski to perform efficiently and cost-effectively to the benefit of our communities. Performing at the Associated Builders & Contractors’ Platinum Level of Safety, the Gorski Engineering team is proud of its role as an OSHA Strategic Partner since 2008. Its safety program is at the core of its operations and is site-specific to each project.

Through Sourcewell, Gorski contracts with Bluescope Construction, and the two are tasked with delivering public buildings at or below the average cost standard recognized by the federal government for the project type. The program works for both new building and renovation projects.

Bluescope’s national reputation as a government construction expert has been honed over the past 30 years.  An integrated supply chain gives Bluescope the ability to control a project’s steel procurement, design, detailing, fabrication, delivery and building shell erection, with the added advantage of a one-stop warranty program. Though national in scope, Bluescope is able to execute each project at a local level with

contractors, such as Gorski Engineering, who are from the local area and are familiar with a community’s specific needs and codes. Bluescope named Gorski Engineering its Government Services Builder of the Year in 2021.

Butler Manufacturing has been a go-to for pre-engineered projects across the country for years. Butler buildings and construction services can be purchased through its sister company, BlueScope Construction, and its contract with Sourcewell for state and local governments, education K through university, and nonprofits. Butler Builder® dealers also are eligible to work on the GSA Federal Supply Schedule projects. Gorski was named a Butler Manufacturing Career Builder in 2000.