Investing for the future

Progress, pivot, planning, preparedness, and perseverance are tenets usually lauded by municipal politicians to attract votes and residents but, often, nothing really changes. In Shelbyville, Indiana, municipal staff and politicians put those words into action to bring a city that was floundering into the limelight and attract companies offering jobs with livable wages. They invested millions of dollars and hours of manpower to create educational programs for people of all ages to help fill these positions and bring residents the best possible quality of life.

And that dedicated municipal staff didn’t stop there. They completely redesigned the entire city and historic downtown to become more walkable, with a focus on allowing everyone to enjoy the city with unencumbered access, from mothers pushing strollers, to the elderly, and people with mobility issues. Even while focusing on creating a more walkable city, the municipality was investing in valuable infrastructure – fixing roads, curbs, drainage and more.  And Shelbyville invested in sustainability and green projects to reduce their carbon footprint and reduce the city’s electric and gas costs, while creating trails and outdoor recreation for residents to enjoy. Most of these projects were done with either full or partial grant money from state programs and year over year, while completely reimagining the city in every way, Shelbyville’s taxes remained the same or were even lowered by a few cents. 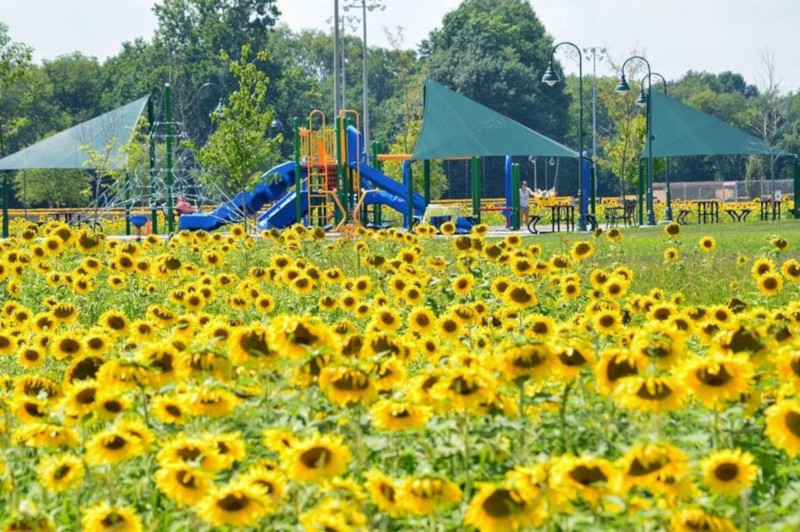 The city has a population of 20,000 in its 11 square miles and is conveniently located just 26 miles southeast of Indianapolis. Mayor of Shelbyville, Tom DeBaun, spent 20 years as the city’s director of planning before deciding to run for office in 2011 and has spent nine years spearheading initiatives. Taking the time to plan and managing to stick to that plan to accomplish the city’s goals on budget. “Shelbyville is currently seeing a resurgence,” says DeBaun. “We are in the middle of a significant public investment project where we are totally rebuilding all of our public infrastructure. It’s about a $23 million project, where we are demolishing all of the downtown infrastructure and replacing it with brand new – and moving from an automobile-centric culture to a pedestrian and gathering space culture.”

The downtown revitalization is a project very close to the Mayor’s heart because it is something residents and municipal staff have been talking about since he started with the city almost 30 years ago. It was so important to him, he undertook what could have been an inconvenience to residents and employees during an election year and was still returned to office. Before the downtown revitalization started in May 2020, the public square was mostly roads dedicated to cars; it left very little room for pedestrians and what room there was left pedestrians in a dangerous situation. Now there are four public green spaces lined with trees and traffic control measures including a traffic table, which is a small incline that makes drivers more aware of pedestrians.

The revitalization also includes redesigning the public square with intricate, multi-coloured brick walkways. The Joseph Fountain was fully restored as the focal point and a historical landmark residents can take pride in.

Sidewalks and plaza spaces were changed for merchants and business owners to establish temporary or permanent, small outdoor dining areas. Mayor DeBaun jokes, “Our town motto is ‘pride in progress’ and we thought we’d actually try to add a little credibility to that. I feel good about it.”

After the 2008 recession, Shelbyville was having a hard time springing back. In 2012, DeBaun and other staff noticed that mid- and high-level management employees in the city were choosing to commute rather than live in Shelbyville; that there was a gap in education for adults in terms of the economic drivers in town that had retooled automotive equipment to produce other goods, like medical equipment. There was also a gap in early learning and kindergarten preparedness. DeBaun admits, “We knew we had to do something and so we spent a lot of time looking at the ugly in our community and we identified those barriers to suitable labor, to just workforce attraction in general.”

The city went to work forming committees and doing research to close these gaps and brought representatives from the local educational sector and local businesses to make changes that had measurable outcomes. DeBaun explains, “We were told that there were concerns for quality-based education, for lack of daycare, lack of amenities. We were told that they had concerns about higher education opportunities and so we spent a significant amount of time looking at other communities who had tackled these issues. We travelled to Tennessee, to Oklahoma, to Kalamazoo, Michigan and Washington, DC… and spent a lot of time doing our groundwork before we actually constituted any of these programs.” 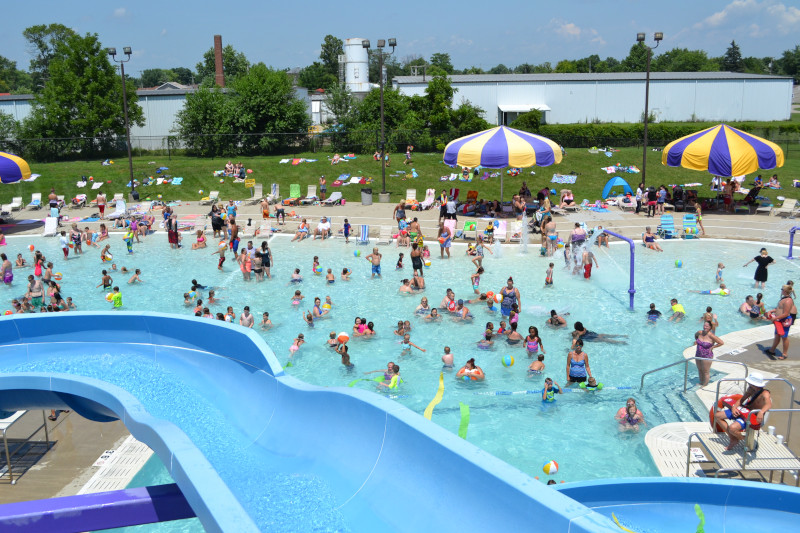 Behind the scenes, the city engaged industry, education, and government in a collaborative effort. The Mayor adds, “If we didn’t have everybody at the table we knew it wasn’t going to work, so we spent a lot of time on the front end with this and identified partnerships. We identified best models, and then we identified funding, and went after the funding because what we didn’t want to do was say, ‘well here’s your problem, figure out how to fix it.’ We wanted to holistically look at all aspects of our community and have solutions available and have the players at the table and the funding identified. I think that’s how we’ve accomplished all these things.”

Shelbyville started ‘Project Impact’ with the Rose-Hulman Institute of Technology as part of Advantage Shelby County to provide programs for high school graduates. They started with four curriculum paths, including advanced robotics, and now have 17. And they’ve raised their post secondary numbers by nine per cent in four years. To close the gap in early learning, they brought in early learning specialists and are creating a facility with a mixed daycare and preschool. Another barrier to growth for the city was a lack of housing stock – that issue is being addressed with almost 1,000 new single family homes being added in the next three to five years.

The population has boomed so much that DeBaun thinks the city may commission a special census. He relates, “Our city has been fortunate to watch other parts in Indiana grow and learn from their mistakes. We’ve become pretty strategic in our comprehensive planning and our land use mapping, so we’ve been able to do a good job of determining where those things are best suited and planning for the future. We’ve done a lot of work in planning where public infrastructure should go and making sure we have capacity to handle that growth, so that it’s orderly and were not caught unprepared.”

The city has also invested in green initiatives with solar panels on almost every municipal building to offset electric costs, methane gas collection to power generators, UV water treatment, energy efficient LED street lights, and more. All of these measures have helped the city gain businesses that are expanding and new foreign direct investment from Japan, Germany, and now Canada with Greenleaf Foods Ltd. That company in the vegan and vegetarian market is starting a $40 million project to build their North American headquarters in Shelbyville, which will create 600 jobs in a 300,000 sq ft facility.

Looking to the future, DeBaun hopes to stick to the comprehensive plan and ensure that the programs they have fostered continue to grow and thrive in the community, and to keep the quality of life on the rise for residents and businesses. As well as continuing to keep the city in a stable financial situation. He shares, “We’ve really had a good year fiscally, we’re as sound as we’ve ever been, so we’re not overextending ourselves on these projects. In addition to the logistical work of identifying and organizing the projects, we also spent that time getting our fiscal house in order. We’ve gone from having a general fund balance of $177,000 in 2012 to a general fund balance at the end of 2020 of $6.5 million – and we’ve been able expand services without increasing tax rates.”  Indeed, Shelbyville is destined for a very positive future ahead.

What: A wise and progressive small city; population 20,000

Where: 26 miles southeast of Indianapolis, Indiana

American Structurepoint creates projects that people and communities value. We specialize in delivering innovation and vision in Architecture + Interiors, Engineering + Infrastructure, Planning + Economic Development, IT Solutions, and Investigative services from concept to completion. Collaboration and teamwork comprise the foundation of everything our firm does. Using the expertise of 500 in-house professionals and consultants working across 11 disciplines, American Structurepoint strives to deliver the best design solutions—one business, one community at a time.