Growing in a positive way

Business View Magazine interviews representatives from Sherwood, OR, as part of our focus on best practices of American towns and cities.

Sherwood is a city located in Washington County, one of the fastest growing and most dynamic counties in Oregon, some 15 miles southwest of Portland. Prior to the arrival of immigrants from the eastern U.S., the Sherwood area was inhabited by the Atfalati band of the Kalapuya nation, who ranged across the valley as hunter-gathers. Sherwood was first incorporated as a town in 1893, and was originally named Smockville after its founder, James Christopher Smock. It was given its current name by a local businessman, Robert Alexander, in 1891, who likely named it after his hometown of Sherwood, Michigan. The main industry in the 1890s was a pressed brick yard which closed in 1896, a victim of the deep recession of 1893. The Klondike Gold Rush of 1897 revived Sherwood’s economy.

For most of its history, Sherwood grew slowly – by 1960, its population was only 680, doubling to around 1,400 by 1970. During the last decade of the 20th century, Sherwood experienced a real boom in population and expansion – by 2000, there were almost 12,000 residents in the town. In the early years of the 21st century, Sherwood was the fastest-growing city in Oregon, a pace which slowed considerably when the housing bubble burst in 2006-07.

Today, Sherwood is a bedroom community of approximately 20,000, on the edge of the Greater Portland metro area, with an average household income of $120,000. Single-family and multi-family homes comprise 79 percent of the city’s assessed value, and the vast majority of its citizenry commute to work. Its major employers are the city government, the local school district and YMCA, large retail outlets, and a few industrial firms, such as Allied Systems Company, an engineering and manufacturing firm with a focus on cranes and material handling equipment for commercial applications and the US Navy. 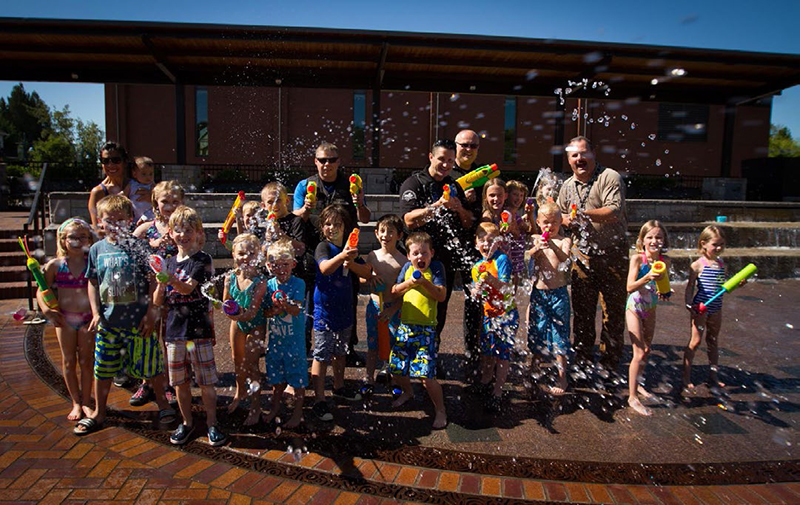 Bruce Coleman, Sherwood’s Economic Development Manager believes that Sherwood’s proximity to Portland, Interstate 5, and two area airports make it very attractive place for development, so the city does not need to offer a slate of economic incentives to potential new arrivals. Sherwood also has a very robust fiber optic network, which provides high speed internet and service reliability. That being said, he maintains that the city works hard to get projects approved in an efficient manner. “We dedicate resources, in particular, to these large job-creating projects,” he states. “Developers know, with confidence, that they can build projects here.”

Indeed, a pair of ongoing projects in Sherwood is under the purview of two major national development companies. The Trammell Crow Corporation of Dallas, Texas is developing property at the T-S Corporate Park, and the Phelan Development Company, based in Newport Beach, California, has begun construction of three new speculative industrial buildings in the new Cipole Industrial Park. Together these two projects are creating over 770,000 square feet of new. manufacturing and industrial spec space in the City of Sherwood – demonstrating the market opportunities in this area of Greater Portland.

“And we’ve got some other developers that are working very hard to begin the process of pursuing even larger employment park opportunities,” Coleman adds. “We are in the ‘Silicon Forest,’ so we are a logical location for technology companies as they continue to expand here in Greater Portland. We’re also the Gateway into the Oregon Wine Country, which is a vast area immediately south of us. It’s a part of the food and wine culture that helps to foster our very high quality of life and is attractive to new businesses and residents.”

“Employers look to Sherwood because their employees very much want to live here,” Mays notes. City Manager, Joseph Gall, agrees: “We have consistently been ranked as one of the top small cities, not only in Oregon, but across the country in terms of quality of life,” he asserts. “People move here because it’s a safe city; we’re consistently in the top five safest cities in Oregon and we’re very proud of that. And our school system is one of the better ones in the state, as well.”

Making downtown a destination where people want to live, work, and play has also helped make Sherwood a preferred place to open a business and raise a family. “Ten years ago, we invested heavily in our downtown area,” Mays reports. “We redid all the streets, sidewalks, installed street lights, replaced and undergrounded all the utilities, to make it a walkable downtown. It attracts locally-owned and run businesses – restaurants, bars, and retail, and there’s opportunity for more investment. We have lots of festivals and events throughout the year that utilize these fantastic streets. And with things that we’ve done to improve safety during this pandemic, it’s still a busy place. We also have a fairly extensive trail network through very wide stream corridors and we’re expanding that. This fall and winter, we’ll be building the next phase, which is the Cedar Creek Trail. That will be a wonderful addition of a couple of miles. Eventually, we’ll link to our National Wildlife Refuge that we helped establish on the northern border of the city.”

The Tualatin River National Wildlife Refuge is one of only a handful of urban national wildlife refuges in the country. Situated within the floodplain of the Tualatin River, the Refuge comprises less than one percent of the 712-square-mile watershed. Yet, due to its richness and diversity of habitats, the Refuge supports some of the most abundant and varied wildlife in the watershed, and is home to nearly 200 species of birds, over 50 species of mammals, 25 species of reptiles and amphibians, and a wide variety of insects, fish, and plants.

“Another unique thing about Sherwood is that pretty much all of our development is outside of the flood plain, which has allowed us to preserve those stream corridors,” adds Director of Community Development, Julia Hajduk. “You don’t see that in other jurisdictions – at least in our area. So we have quite a lovely network of natural areas, because we were smart when we developed them.”

In addition, the city has roughly 300 acres on the industrial side and over 150 acres on the residential side of its UGB (Urban Growth Boundary) available, so it possesses the ability to grow, if necessary and/or desirable. ““The next step is another 600 to 1,200 acres of what we call Sherwood West, that will become part of the UGB (Urban Growth Boundary) in the not-to-distant future,” Mays adds. “We’re working to Master Plan that area for a good mix of jobs and housing.”

Smart and forward-thinking development is a hallmark of Sherwood’s future growth. In concert with 3J Consulting, a civil engineering company based in Beaverton, Oregon, the city launched its Sherwood 2040 Comprehensive Plan vision in 2018, the first phase of an update to its Comprehensive Plan, last updated in 1990. The Visioning Process engaged community members to develop a shared understanding of Sherwood today and set goals for policy development, anchoring a planning process that will address key issues for the future. Sherwood’s updated Comprehensive Plan and the process to develop it will be organized around six core areas: A Thriving and Diversified Economy; Strong Community, Culture, and Heritage; Strategic and Collaborative Government; Attractive and Attainable Housing; Coordinated and Connected Infrastructure; and Healthy and Valued Ecosystem. 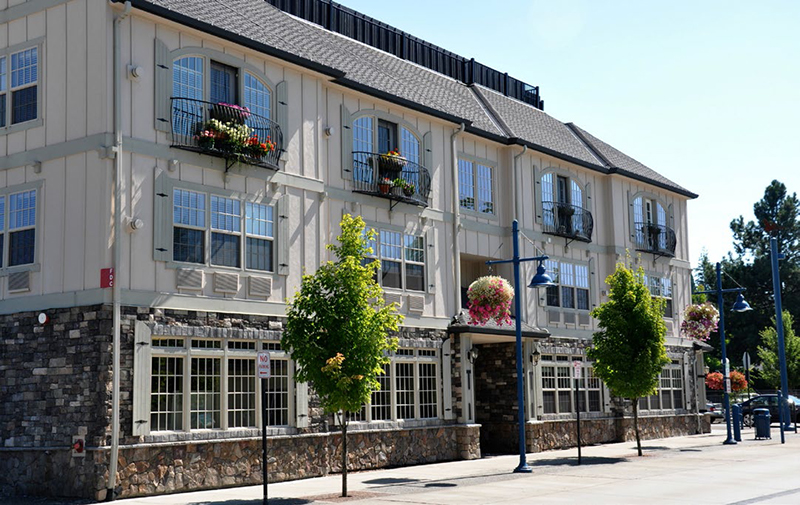 Meanwhile, the city is not ignoring some of its nuts and bolts infrastructure needs. “Underway, right now, a brand new High School is nearing completion,” Mays shares. “It will accommodate 2,400 students when it’s done. We’re also doing some significant road improvement projects. We’re widening roads near the new highschool, and our major east/west connector through town is going from two to four lanes starting this fall. Other major widening projects will improve connections to the nearby interstate, I-5. We are doing some studies on what additional work is needed on our major north/south connector, which is State Highway 99W. It splits our community and we know we need some improvements there. As part of that, we are planning to do a pedestrian crossing over the highway that will connect both sides of our town – the area near our YMCA and the area of our new highschool. On a different part of the State Highway, we’re planning a tunnel, expanding our residential trail network that goes through our community.”

Gall sums up Sherwood’s current state of affairs and its outlook, going forward: “Things have not slowed down with the pandemic,” he states. “We continue to see new construction in our city, and we see folks that are interested in investing here. We have very stable political leadership. Mayor Mays has served for many years and our council works well together. I think that stability is very important in a variety of ways, including to the investment community. I feel that for the foreseeable future, the city is going to continue to grow in a very positive way.”

WHERE: In Washington County, 15 miles southwest of Portland