Montrose, Colorado — The City of Montrose is the county seat and the most populous municipality of Montrose County, in southwestern Colorado. It is located in the upper Uncompahgre River Valley, on the western slope of the Rocky Mountains, and is an economic, labor, and transportation waypoint for the surrounding recreation industry. In fact, in 2010, Montrose made Outdoor Life Magazine’s list of “Top 200 Towns for Outdoorsmen,” because it is surrounded by vast stretches of prime scenic lands, including Black Canyon National Park, the Gunnison Gorge National Conservation Area, and the San Juan Mountains, where visitors can enjoy an endless variety of outdoor activities throughout the year. 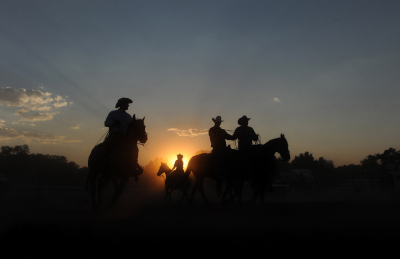 “The most exciting thing, right now, is the Montrose Urban Renewal Authority (MURA) that we have formed along the Uncompahgre River on the northwestern edge of town,” says Chelsea Rosty, Director of Business Innovation. “What we’re attempting to do is create an outdoor manufacturing park, and we’re hoping that the outdoor manufacturing businesses will be attracted to it. We have our first anchor tenant, Mayfly Outdoors – there, they manufacture fly fishing reels under the brands Ross and Abel Reels, as well as other outdoor recreation products. Their building should be completed by the end of 2019.”

Rosty says the City’s efforts to attract more businesses to the area have become a primary focus moving forward. With infrastructure like high-speed broadband internet already in place, Montrose, CO is able to provide digital services no other Western Colorado community can offer.

“We’re going to have Gold Medal water fishing at the river. There’s also a lake where people can come and try out some of the outdoor products. We’ve got all the infrastructure in, and now we’re just working on filling it with businesses. We’re also hoping to bring in a large restaurant and hotel for the area, as well as housing along the river. So, we’re taking an underutilized asset that we’ve had in Montrose, CO and turning it into something that locals and visitors, alike, can enjoy.”

Rosty says the city is also working to satisfy the needs and desires of its approximately 20,000 residents. “We did a citizen survey in 2016, and at the top of the list, the citizens of Montrose, CO said that they were interested in improvements to the roads, and that traffic was a major concern,” she reports. “So, we have put millions of dollars back into our local infrastructure, improving some of the roads, and we’re creating some more north-south thoroughfares for our residents to utilize as they travel back and forth. We have a thriving downtown with recent improvements to the infrastructure; we’ve done some traffic calming; and we’ve created downtown events to promote the heart of our community.”

The city recently received a $2-million grant for the Connect Trail Initiative, a project designed to connect the MURA development on the city’s north side, to the southern areas of the city via a concrete trail that will allow residents to traverse the city free from vehicle traffic. 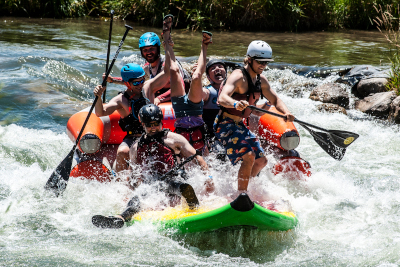 “We have a walk/bike path that already exists in the heart of Montrose, but we’re going to extend it out north into the new outdoor sports park, and it’s also going to extend all the way to the south to our new recreation center, which is a world-class facility that was built two years ago and is a really great asset to the community,” Rosty adds.

Montrose, CO also works to retain and support the town’s small businesses, many of which occupy its historic downtown. “We have a small business incentive program that’s really been picking up here,” Rosty explains. “With the addition of broadband, we are now a 1GB community and our internet has been localized; our local power cooperative actually owns the new fiber internet service here, which is very fast and efficient. It will be in every residence and business by the end of next year. That’s something that we’ve tried to capitalize on for small business attraction. We have job creation incentives; we have capital improvement initiatives; we can help with things like relocation expenses. And what we like to say to our small businesses is: ‘If you don’t see it on our list of things that we offer, just ask. We will be happy to accommodate and make a custom package for any business interested in the Montrose area.’”

Another creative initiative the city has pursued is a partnership with a private company called Proximity Space, a nationally renowned co-working business. “We’ve revitalized a downtown space, and turned it into a co-working facility,” Rosty explains. “The City invested $250,000 in capital improvements in that building and then the business came in and cultivated this whole co-working culture. It’s actually revitalized an entire block; there are no empty storefronts on that block and that’s an example of how the City partnered with a local business for a vibrant downtown.”

Rosty adds that the City has also implemented a mixed-use building incentive program to incentivize downtown building owners to build residential units in the upstairs of their buildings in order to attract younger generations of people who prefer a walkable community where they’re able to be close to their work, shopping, or dining. “We have kicked off our first project and it’s almost complete,” she states. “There are five residential units on top of a downtown restaurant and bookstore. We’ve also partnered with the building owners to ensure that there is storage for outdoor recreation items like bikes and kayaks because we’re really being mindful about the type of people we’re trying to attract to downtown.”

Rosty reports that the population of Montrose, CO is growing at a rate of two-to-three-percent a year, riding on the coattails of the State of Colorado’s current population explosion. But the City, itself, has many attractive features. “The community really sells itself,” she avers. “We have over 300 days of sunshine and we have a fairly diverse economy. Tourism is the main industry driver because we have access to all sorts of outdoor recreation, but we also have a bit of agriculture, construction, healthcare, and government.

“On top of that, we’ve got a forward-thinking and business-minded Manager and City Council, so it’s a very attractive place to do business. We’re mindful for creating an economy that’s sustainable even through another economic downturn. And we have access to amenities like shopping and medical and dining, so that people don’t have to travel outside the community to have those things.”

“Montrose focuses on quality of life,” Rosty says, in conclusion. “We’ve really established ourselves as the base camp to all outdoor recreation. It’s an enjoyable place to be.”

WHERE: In the upper Uncompahgre River Valley, on the western slope of the Rocky Mountains