A gem within a state renowned for its natural beauty

An abundance of outdoor beauty, available jobs and new investments in both the community and its infrastructure are what make Hermiston, Oregon a desirable place to live, work and play. And it is why Hermiston, as its tagline indicates, is where “life is sweet.”

The growing city of Hermiston with a current population of more than 19,000 according to the 2020 US Census has a historically strong agricultural industry. While that industries still thriving, Hermiston has built a reputation of employment opportunities in the logistics and data center sectors in recent years, according to City Manager Byron Smith. But to attract new workers, the community has also made investments in the local school district, its parks and recreation department, and an expanding retail center downtown. 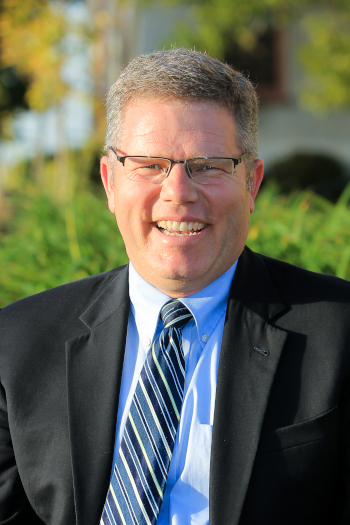 “We’ve made decisions to help attract new employers and residents here,” Smith says. “Whatever it takes to support families is what we want to do.”

What it has taken are the brand-new Loma Vista Elementary School and rebuilt and expanded Rocky Heights Elementary School, needed to address the growing population of young families. Additionally, other voter-approved infrastructure and technological upgrades have been made throughout the district.

Perhaps more than anything Hermiston has highlighted what really makes the community so special-its outdoor natural wonders-one of the driving reasons behind its growth and popularity. It is the largest city in eastern Oregon, nestled perfectly in the heart of the beautiful Columbia Basin, perhaps best known for its diverse agricultural bounty and expansive hydropower generation.

More than 10 city parks comprise Hermiston, Oregon, but one of its most popular suffered tragic damage from a fire in 2019. With fundraising help from the community (which raised about half of the $2 million needed for the project), the new Funland Playground is a “destination attraction,” with three accessible zones including Wild West, Adventure, and Farmland along with a locomotive, wagon train, stagecoach, and even a 6-foot watermelon slice. Funland is a thrilling place for play, education, and engagement for children of all ages and abilities.

There are nearly three miles of paved trails near the Umatilla River with more being added in the years ahead to make a larger loop adjacent to the river. The Parks and Recreation department, in conjunction with schools, has created year-round youth sports leagues and a growing number of adult leagues covering a variety of sports from flag football and soccer to volleyball.

The lack of affordable housing has become a statewide issue in the wake of the pandemic with increasing home values and consumer demand. Hermiston is actively taking steps to ensure there are options for current and new residents. One housing development is Prairie Meadows, located in a part of town that previously hasn’t had access to water and sewer infrastructure, Prairie Meadows will be an attractive option for all income levels. The 353-acre site is in the city limits near the intersection of Highway 207 and Feedville Road.

The project is being led by developer Monte Vista Homes, a company that has worked with the city on multiple projects for more than 20 years. It is expected to include 1,300 new housing units with options for homeowners at a variety of income levels. Public and private partnerships are in place for financing that supports water and sewer access and other utility additions.

Chrisman Development is a second development partner that is working on a 60-unit affordable housing project to provide opportunities for some residents who may otherwise have a difficult time affording a new home.

“Housing is something we need to make sure is available because so many people are struggling with it,” Smith says. “If we invest in public infrastructure, it makes it more affordable for developers to build housing.”

While Monte Vista Homes and Chrisman are two of the city’s most valuable partners, Umatilla County has proven to be just as important because of its ability to support infrastructure developments as well, including for housing, retail and industrial. One major project was a water tower that serves residents on the northeast side of the town. Umatilla County was also a partner in the construction of Hermiston’s new city hall in October 2022, which helps his team more efficiently support the needs of its residents and bring the majority of departments under the same roof for the first time. 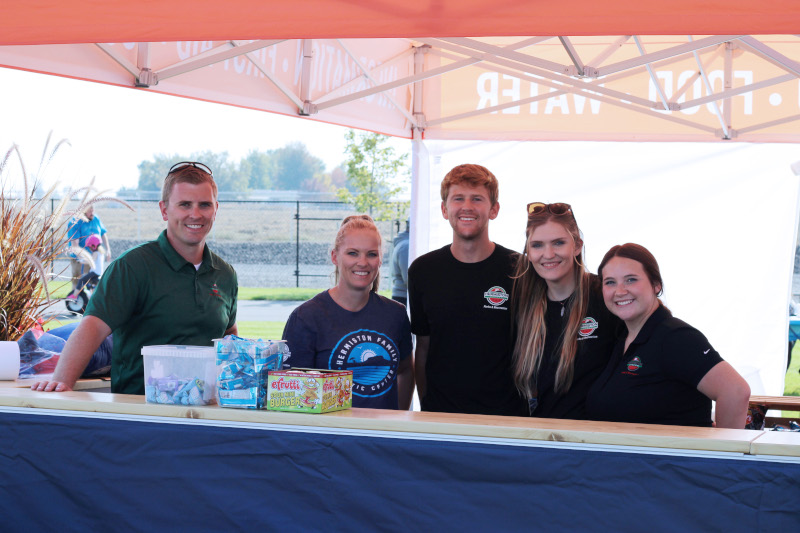 The Hermiston Parks and Recreation staff during the 2022 Faith & Blue Weekend at the Eastern Oregon Trade and Event Center.

“We have seen an increase in the number of housing units we offer,” Smith says. He also adds that new investments made in the school district have helped to attract new residents.

The South Hermiston Industrial Park was completed in the fall of 2021 to address the need for new industrial opportunities for employers. Many of the current sites have been secured with build-outs starting as of early 2022. The city was able to pay for roughly half of the development’s $2 million expansion and infrastructure costs through a grant from the U.S> Department of Commerce and with the help of many other local partners.

The creation of the South Hermiston Industrial Park was important because no other sites provided road access along with full water, sewer, and electric hookups, the city manager added. The land is available for interested employers in 5 to 10-acre lots.

Smith says, “It’s exciting because we are already seeing new businesses move in. That area provides plenty of opportunities for future growth that is attractive to new businesses.”

Hermiston recently completed the creation of its 2040 vision plan which includes actively seeking community input. One of the common examples of resident feedback received was a desire for more retail. Smith says the city is on the cusp of having a population and employment base that is more attractive for large regional and national retail brands.

The city created a downtown urban renewal district, which in Oregon allows for a tax increment financing discount. Hermiston can freeze the value of its urban properties and use property tax revenue to reinvest in the city’s downtown development. In addition to attracting and working with local and larger retailers, Hermiston has revamped multiple downtown parking lots and created façade grant opportunities for business owners up to 50 percent of their costs with a cap of $10,000.

CIty hall was rebuilt downtown, making it a staple of the community, and providing business owners in the district with direct access to city contacts.

“We want our downtown to be a vital part of this region,” Smith says. “It is becoming a destination community for new business activities as well.”

As part of the creation of the Hermiston 2040 visioning plan the city is hoping to find the right balance between steady growth and residential comfort. Adding sustainable infrastructure is important given the relatively remote location compared to large cities in Oregon like Portland, Eugene, and Salem. The new city hall, for example, includes a solar array on its roof that can power that building for the majority of the year, save for some unseasonable hot days. New EV charging stations were added to some of the renovated parking lots downtown that are being used daily, Smith says.

Future plans include the construction of an indoor aquatic facility, likely in conjunction with the nearby city of Umatilla. Other investments to preserve yet provide reasonable access to outdoor attractions will also continue. “We have the perfect mix (of outdoor beauty and convenient amenities) for our residents and employers but we have to continue to maintain that balance,” Smith says.

What: Thriving town with economic projects in the pipeline