Moving in the right direction

The City of Palm Bay, Florida was on a steady growth path in the early part of the new century. In fact, for three consecutive years – 2003-2005 – Palm Bay was a finalist for the All-American City Award, and its future looked bright. But then came the housing crisis of 2008, followed by the Great Recession, both of which dealt a severe blow to the city’s economy. “We were hit pretty hard during the Recession,” said Andy Anderson, Palm Bay’s Director of Economic Development and External Affairs, when he first spoke to Business View Magazine, a year ago. 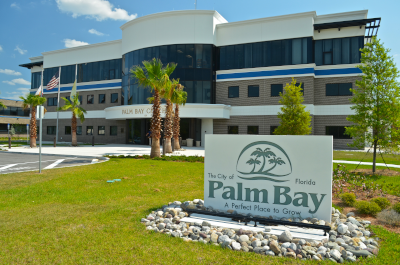 “The shuttle program went out of business at the same time as the housing bubble hit, so we had a double whammy and we were hurting,” he explained. “Up until then, our economy was a successful residential development-based economy and the city had set aside very little in the way of commercial property. But it’s very difficult to sustain a city on residential taxes, alone.” That was particularly true in the case of Palm Bay, which experienced one of the state’s highest foreclosure rates.

Anderson then recounted that he and several other development specialists were brought in a few years back by a new city administration to help repair the damage. “We went to work right away, changing ordinances, and getting some of our properties re-zoned and adjusted to make it easier to increase our commercial base,” he added. With those alterations in place, the City began to work with developers eager to commit to new projects, and today, there is an abundance of construction activity taking place in several key areas of town.

We spoke to Anderson again, recently, and he offered us an update on the current state of development in the City of Palm Bay. “Last time we talked, we said that we were trying to set a three-year goal of $320 million in new growth – 20 percent commercial and the rest, residential,” he begins. “As of March, we surpassed that goal, already; we’re at $220 million of new development, exceeding our commercial growth goal by nearly $40 million.” 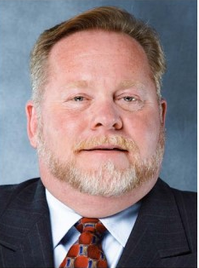 “In the southern part of the city, where a new I-95 interchange is currently under construction – the main developer there has submitted all its conceptual plans, and has gotten all its land use approvals,” Anderson continues. “They’re going to move forward, so we’ll probably finish that interchange within the next sixteen months, along with a connecting road that the city is building.  The area around that new interchange is going to take off; they’ve been marketing their product pretty heavily and are moving forward with a plan to do mixed-use, multi-family residential, and commercial. In addition to that, another developer, who is adjacent to the interchange, is closing with D.R. Horton Homes for 2,400 homes. Combined, the two projects will have nearly a million feet of commercial space. So, where we were just talking conceptually, last year, now there are shovels in the ground and earth is moving.”

Another construction project is planned for the west side of the city, near the St. John’s Heritage Parkway, a new road being built by the City, Brevard County, and the Florida Department of Transportation, between Palm Bay and Melbourne. “Lennar Homes is negotiating with the city to get their final plans approved,” Anderson reports. “Right now, we’re in the stages of getting a utility agreement because, obviously, we have to get utilities out to them. They have three phases set up and they’re ready to roll. That’s another half-million square feet of commercial in that area.”

The City is also moving forward with its plans for the Bayfront Community Redevelopment District, a 1,070-acre area on the Indian River Lagoon, primed for residential, office, commercial, and industrial development. “Raytheon Corporation has just started a huge expansion in that area with two phases,” Anderson notes. “The first phase is in construction, right now, and that’s going to total about 500 new, high tech jobs in cyber defense. Just down the street from that, they’re getting ready to clear 25 acres to do a 340-unit apartment complex and retail. And that apartment complex will serve as new housing for Raytheon employees. The same developer has just put contracts out on adjoining properties to do hotel/mixed use. That’s an approved project; the permits are issued, so it’s no longer conceptual.

“We want to make a multi-lane boulevard down there, eventually, and the contractor that’s doing the huge apartment complex has bought into that; he’s doing some agreements with our Bayfront Redevelopment Agency to start the first phase of that new multi-way concept in front of his development. So, instead of us doing it ourself, it now looks like it’s going to become a private/public partnership to get this done. 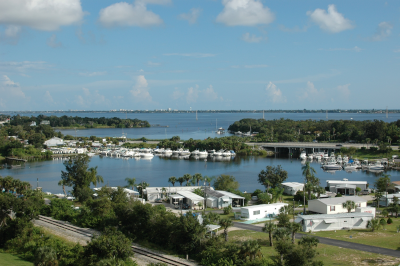 “We’ve had one large hotel/mixed-use developer come in since we talked, and they’re doing a $35 million project off I-95 and Palm Bay Road. That’s going to be an activity center, because already located in that area is Bass Pro and Harley-Davidson who have almost weekly events. We have another hotel brand that has an old property in our Malabar/I-95 corridor that it is getting ready to demolish to put in a brand new hotel. It’s G-6 Development; they own the Hotel 6 and they’re going to tear it down for a new concept. They’re trying to rebrand themselves and we’re their pilot program in the United States. They’re trying to get away from the low-end spectrum and move up to where the other nicer travel hotels are at.”

Keely Leggett, Palm Bay’s Community Information Coordinator, elaborates, “Here in South Brevard, we have a huge tech base and business sector. So, their goals are lining up with ours. We both want to be able to appeal more to that business class clientele. With their rebranding, I do think they’re trying to attract more people who might be here for work, and I think that’s part of the reason that we were selected to be part of their proving ground for this new concept.”

As Palm Bay continues its most recent growth spurt – the city’s population has just exceeded 115,000 residents – Anderson is optimistic, once again, about the future. “We’re either meeting our goals, or exceeding them from an economic development standpoint,” he exclaims. “Everything is moving in the right direction.”

Check out this handpicked feature on Sunrise, Florida – A very busy year.

WHERE: In Brevard County, on Florida’s Space coast

If you are selling your home, come close with us !  We are “Your Neighborhood Title Company.”  Our first commitment is to Customer Service.  We are a full service independent title insurance company specializing in commercial, lender, residential, developer and for sale by owner real estate transactions.  Our company has a cumulative sixty years of title experience and our title examiners and real estate closers are all professionals providing “quick” turnaround, inexpensively.  We have been providing title insurance & the best closing experience since 1999. 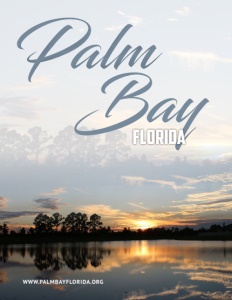