In 1960, Iowa-born developer, Norman Johnson, paid $9 million for 2,650 acres of land in western Broward County, Florida. In order to lure prospective buyers – mainly retirees from the northeastern U.S. – to the community he called Sunrise Golf Village, Johnson and his partners built an “upside-down house.” The home was completely furnished, and the carport featured an upside-down automobile. The structure became a national attraction that drew thousands and was featured in LIFE Magazine. People came to stand on the ceiling – and many stayed to make their home in the community.

In 1961, Johnson was appointed by Florida Governor, Farris Bryant, as the first mayor of Sunrise Golf Village, and in 1967 it became a chartered city, with a 1.75 square-mile footprint. The city changed its name to Sunrise in 1971, and experienced significant growth during the ensuing decade.  As Broward County began pushing west, Sunrise annexed more and more land, eventually encompassing more than 18 square miles. 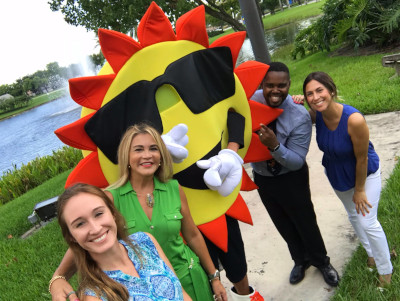 Since that time, the City of Sunrise, Florida has become one of South Florida’s economic powerhouses, built on a foundation of business, tourism, and entertainment. It’s a diverse suburban/urban community with an estimated population of more than 93,000 – a number that’s expected to increase substantially over the next 20 years. This growth is due to Sunrise’s convenient South Florida location, as well as City leaders’ commitment to creating a vibrant economic climate that continues to attract new businesses and upscale housing to the area.

Last year, Business View Magazine spoke with Richard Salamon, Sunrise, Florida’s City Manager, about its strategic location as the center of the region, its business-friendly approach to high-quality development, and its huge draw as a tourism and business destination because of the 600+-acre Sawgrass International Corporate Park, the Sawgrass Mills mall, and the BB&T Center arena.  We also talked about planned future development and the City’s own re-investment in the community.

Recently, we caught up with Salamon to find out what has occurred in the city since that time. Here’s his report on what he described as “a very busy year!”

American Express has moved 3,500 employees into its new 400,000-square-foot, regional headquarters, located in the Sawgrass Business and Entertainment District. 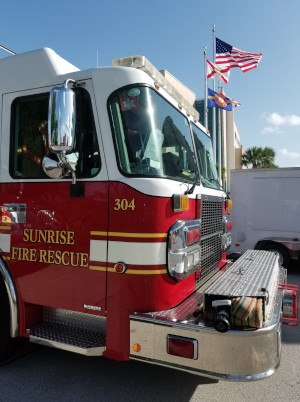 Sawgrass Mills has continued its multi-phased expansion, adding a 1,700-space parking garage and new restaurants such as Yardhouse, Texas de Brazil, and Matchbox. They are working on the next phase of expansion, which includes another 1,400-space parking garage, a 173-room AC Hotel by Marriott, a Seasons 52 restaurant, and other improvements. Even without the upcoming expansion, with more than 2.4 million square feet and 40 million visitors annually (including 25 million visitors from out of the area), Sawgrass Mills already holds several distinctions: The largest outlet retail center in the world, the largest single-floor retail center in the world, and Simon Property Group’s No. 1 retail center in the world.

The $1.5 billion Metropica mixed-use development is well under way.  The first residential tower is nearing completion later this year with 293 condominium units, constructed at a cost of $72 million. Site work has started on the 20-acre commercial phase of the project, which will include 400,000 square feet of restaurants, retail and entertainment, 350 luxury rental units, and 300 hotel rooms. The developer is actively engaged in discussions with potential tenants for the remaining 10 acres, which is planned for 450,000 square feet of office.

Broward County, which owns the 140-acre BB&T Center Arena site (home to the NHL’s Florida Panthers Hockey club), has initiated its development plans for approximately 100 acres of surface parking lot. It has:

Our office vacancy rate sits at below 8%, the lowest in decades, and our commercial industrial space is even tighter, at under 5% vacancy.

To give you an idea of the intensity of development in Sunrise, Florida, in 2017 our Community Development Department processed more than 8,000 building permits with a construction value of approximately $200 million.

The City is investing heavily in its parks and recreational facilities, with a dozen projects either completed or under construction, and another half dozen in planning/design.  By the time we are done with these projects, we will have spent more than $80 million and transformed our recreational offerings across the entire City. 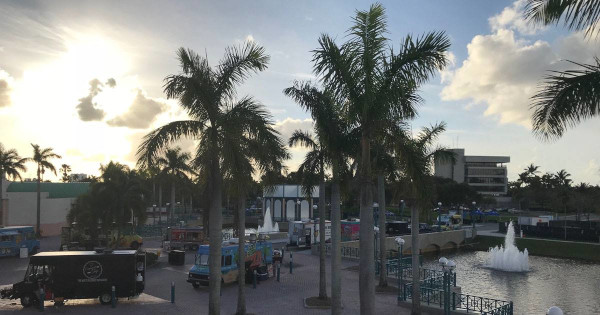 Over the past 8 years, the City has invested more than $200 million improving its water, wastewater, natural gas, and stormwater utility infrastructure, and we are looked to throughout the region for our expertise and best practices in utility system management. The investment continues, with another $175+ million of investment programmed in our five-year Capital Improvement Plan.

Working with our partners at the State and County, Sunrise, Florida is aggressively looking for opportunities to improve our transportation network through Complete Streets initiatives, the addition of bike lanes, construction of traffic calming measures, and improved access to highways.

In just the past year, we have completed one Complete Street project and one bike lane project.

We have a 2nd Complete Street project under construction and are working on the plan for a grant-funded joint bike lane project with our neighboring community of Weston.

We are also working with the Broward Metropolitan Planning Organization on an additional ten Complete Streets projects, including joint projects with four neighboring municipalities.

We are working with the Florida Department of Transportation for improved interchanges at six State expressway locations in Sunrise.

In 2017, Sunrise, Florida kicked off its “Celebrate Sunrise” initiative to revitalize and energize its original neighborhoods.  Our consultant is nearing completion of our master plan for this area, and although this will be a multi-year program involving work with many public and private sector partners, we are already working on numerous improvements, including:

In 2018, the City refinanced $89 million in utility bonds, saving our utility customers $12 million.

Going forward, in addition to the City’s growth, economic development, and reinvestment efforts, we are actively engaging with property owners to encourage/incentivize redevelopment projects.  As land values increase and land becomes increasingly scarce, this will be particularly true for commercial and retail space that is under-utilized or may no longer meet today’s needs and markets. We are already seeing successful outcomes in Sunrise:

The City Commission and staff have committed themselves to developing public art installations throughout the community, with funding added to current year and future year budgets.

“There are very few communities of similar size, anywhere in the United States, that welcome the millions of visitors that we do here in Sunrise, or that can boast about the amount of regional assets found here,” says Salamon. “The residents of this community are fortunate to have local elected representatives that for more than 20 years have consistently committed themselves to creating a highly desirable and attractive community with world-class amenities and a diverse economic base.  By continuously investing in the future and managing the City to the highest standards, we are creating something very special that we believe will sustain this community for decades to come.”

Brown and Caldwell is a nationally recognized, full service engineering and design firm with an outstanding record of delivering successful projects for a wide range of clients. For over 70 years, we have been building a nationwide reputation for delivering innovative and economical solutions that are both highly effective and responsive to each client’s needs. Brown and Caldwell employs a staff of over 1,600 in more than 50 offices nationwide. 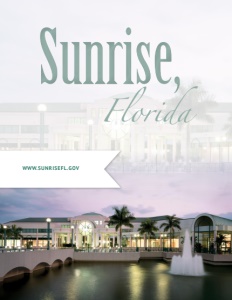