The Southern Wisconsin Regional Airport – Land to grow on

Land to grow on

The Southern Wisconsin Regional Airport is a public airport located in the City of Janesville, in Rock County, Wisconsin, and has served the southern Wisconsin/northern Illinois region since the late 1940s. The Airport is approximately 60 miles southwest of Milwaukee, 90 miles northwest of Chicago, 30 miles north of Rockford, and 40 miles south of Madison. Formerly known as Rock County Airport, it is owned and operated by the Rock County government, and managed by the Southern Wisconsin Regional Airport Board. Through affordable fuel prices and competitively priced land leases, the Airport offers vital air connectivity — ranging from air cargo to corporate aviation and charter services — at costs far below those commonly associated with larger commercial airports.

Southern Wisconsin Regional Airport provides on-site maintenance and rescue that canvass the property’s 1,300-plus acres. The Airport also maintains a portfolio of available T-hangars, corporate aviation, and air cargo development sites. Two runways serve as the primary approach, and one as the secondary. All three provide the support to accommodate the landing and take-off operations, and the many pounds worth of freight that flows through the Airport annually. Midwest ATC operates the on-site control tower, operated daily from 6AM to 9PM. FAA Technical Operations provides maintenance support to Midwest ATC and various navigational aids located on the airport. 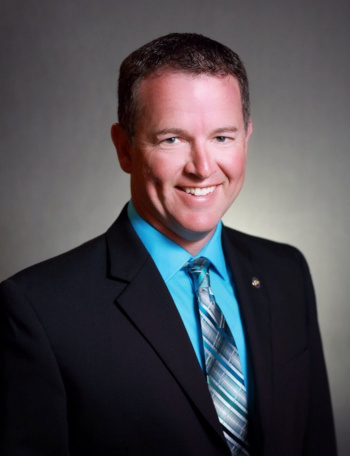 A rather unusual tenant for an Airport is the Glen Erin Golf Course, an 18-hole course with a driving range, pro shop, and restaurant. “They just built a brand new reception hall that seats over 400 people,” adds Airport Director, Greg Cullen. “It’s beautiful and overlooks their 18th green, and they’ve been booking weddings, and workshops, and golf outings.

In addition to the rent paid by the golf course, the Airport also receives some revenue from several hundred acres on-field agricultural land. “We also rely on the county to help pay the bills. However, we did do an economic impact study, last year, and we have about a $63-million a year impact on the local economy.”

Cullen recounts that in the 1950s and early 1960s, the Airport was mainly used for cargo, specifically for the General Motors Corporation, which had a plant in Janesville. “About the late ‘60s, early ‘70s is when it became a commercial airport for TWA,” he notes. “It changed to Northwest and they had a couple of flights a day; 1989 was the last commercial flight this Airport had. Since then, we are considered a large, general aviation airport. However, we are certified with the FAA as a Part 139 Airport, which means we abide by, and comply with, all of the FAA regulations to have the ability to have commercial service here, once again.”

Today, the Airport is home to about 74 GA aircraft – a combination of corporate and privately owned single- and multi-engine planes and jets. “We have about 40 T-hangars, right now,” says Cullen. “About half of them are newer buildings, and half are older. There’s no waiting list. The newer buildings are full; the older style buildings are about 50 percent full. Our T-hangars are all county-owned. We would like to see our hangars get closer to that 100-percent occupancy, and then we would consider building. We have a nice site to build brand new facilities with more amenities, but the demand hasn’t been there, yet. We do have some construction going on right now, though; one of our corporate, land-lease owners is building a bigger hangar; we have another private owner who’s building a brand new hangar; and I’m meeting with two other people who want to build hangars out here. Any time you can have hangar construction at an airport, it shows growth and that you’re headed in the right direction.”

Part of that direction, according to Cullen, is the Airport’s six-year plan, which outlines several upcoming projects. “We are in the process of improving one of our ramp areas, where our FBO is located,” he reports. “We had some drainage issues, and there’s some severe cracking in the asphalt, so we’re tearing all that out and getting a brand new ramp. We’re also in the process of developing our east corporate ramp area. It’s still in the initial design phase, but on the east side of our Airport where one of our larger tenants sits, currently, we want to develop that ramp area to attract other businesses and other tenants. That’s in the works. We’re in the initial design phases for resurfacing our runway 4/22. That will be a major project about two years out.” 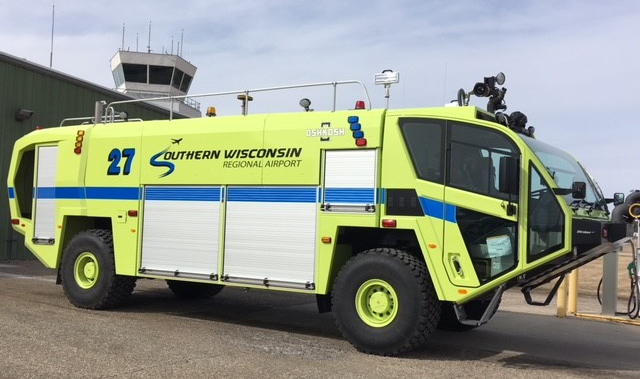 Regarding competition with other area airports, Cullen believes that Southern Wisconsin Regional has some advantages, not the least of which is its Part 139 certification. “We’re a little unique because we maintain those higher FAA standards,” he explains, “yet we don’t have commercial planes in and out. That makes access in and out, easier. And because we do have a control tower, I think that gives us a very distinct advantage over other general aviation airports that are un-towered because of that safety factor. I also feel that our surface areas are in very good condition. I’m proud of my staff; we only have four maintenance guys who take care of about 1,300 acres. They do a really good job with the paved surfaces, the Airport lighting, the grass mowing in the summer, and the winter snow removal operations. For the area that we have to cover, I think we do an exceptional job.”

“Another advantage for us is that we have our own Airport Rescue Firefighting (ARFF) vehicle,” Cullen continues. “My guys are also cross-trained as firefighters and first responders. That gives us a very distinct advantage to those corporate entities looking for a place to house their multi-million-dollar jet, knowing that, for safety reasons, we do have that response capability. We have a three-minute response to any part of the airfield.”

Going forward, Cullen believes that Southern Wisconsin Regional will continue to be less suited for commercial aviation than as a hub for cargo operations. “We’re very close to Rockford; close to Chicago O’Hare; Milwaukee is not that far; Madison is not that far. So, I find it unlikely that any of the big commercial airlines would want to build here, but what I think is a good possibility is some of those cargo hubs that need locations to fly cargo in and out – I think we’d be a prime location for that. Based on our proximity to southern Wisconsin and northern Illinois, I think it could be a very positive thing. We have, probably, about 500 acres of agriculture land and almost all of that could be developed differently. So, let’s say a company wanted to set up a large ramp and building to maybe bring in and ship out via air, some cargo; we do have some areas that could be developed. The interstate system isn’t that far from us, we can handle an increase in operations, and we have the ARFF, the tower, and the good surface areas. So, I think we provide a solid foundation to get things started relatively quickly and inexpensively for a good company to build on our land and grow here. Rock County is excellent to work with, as is the City of Janesville. Both of those governments are willing to work with people to help them build and grow their business.”