Business View Magazine interviews Bill Reichert, CEO of the Champlain Cable Corporation, as part of our focus on best practices in the manufacturing sector.

The Champlain Cable Corporation is America’s premier innovator, designer, and manufacturer of high performance wire and cable that consistently outlasts and outperforms the competition. The company’s specialty is providing solutions to the toughest problems in the world’s most extreme environments, developing customized products that meet power, signal, and data transmission needs, while exceeding standards for quality, durability, and safety. For example, Champlain has emerged as the world leader for high speed data cables for U.S. Navy warships and low emissions high voltage cables for automobiles, trucks, and buses.

“The company was founded in 1955 in Winooski, Vermont, as American Super‐Temp Wires,” recounts President & CEO, Bill Reichert. “It was all to support aerospace ‐ mostly the Mercury, Saturn, and Apollo missions as those programs matured throughout the decades. The Hercules Corporation bought American Super‐Temp in 1963, and we went from a small, old mill building to the building that we are in now in Colchester, Vermont, which is 200,000 square feet. Right about the early‐mid ‘70s, was when Champlain Cable became what we are, today, where we utilize compounding, chemistry, and the physics aspect of a radiation beam to cross‐link our materials. That really gives us an advantage and separates us on how we can utilize wire and cable for applications and markets to solve problems. It’s a process that very few others do. This radiation technology created a new industrial market for us.   Appliance and motor manufactures were looking for a wire that would last longer than the inferior wires they used in the past and Champlain Cable had the solution.” 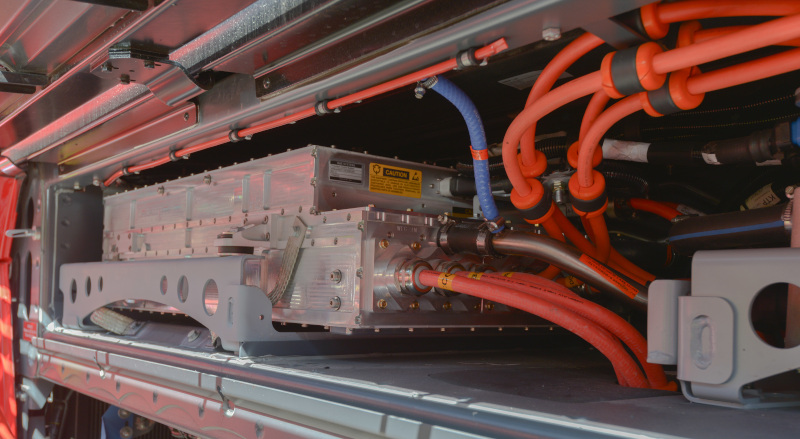 “As the ‘70s matured into the ‘80s, we also added data communication and telecommunication cables to our mix,” Reichert continues. “So, now we had an aerospace product line; we had an industrial product line; and a data and telecommunications product line, which was there to support the movement towards local area networks (LANs). As that marketplace exploded, in the mid‐late ‘80s and into the early ‘90s, we were there to capitalize on our initiative. Also, as the NASA programs matured, we had a fair amount of business with the commercial aircraft business.

“We made a decision in the 1990s to do two things: we exited the aerospace and commercial aircraft business and we entered the automotive market. The reason we did that was we saw a need and an opportunity for OEMs that were starting to look at hotter engine compartments and smaller spaces, where they wanted to add more accessories and more wires. And what was becoming very obvious was that traditional wire and cable solutions did not allow for some of those changes to take place without either rerouting wires to avoid hot spots, or not being able to put as many wires into the same or smaller space. So, with the materials that we have, and the processes that we have to manufacture wire and cable, we were well-positioned to move into the automotive industry.”

In 2003, Champlain Cable was sold to its current owner – the American Industrial Acquisition Corporation (AIAC). The company maintained its same three markets: automotive, industrial, and data communications, while adding commercial entities, such as buses, agricultural, and heavy equipment vehicles to its portfolio.  In 2008, the company opened its first facility outside of Vermont, with a factory in El Paso, Texas. A second El Paso plant opened in 2015, and, today, Champlain Cable has about 450,000 square feet under roof, 200 employees, and over $100 million in yearly revenue.

While not disregarding the company’s success, Reichert says that, nonetheless, competition in the cable industry is pretty significant. “Truthfully, we’re so small compared to those large companies that are in the billions of dollars of size,” he admits. “Where we try to separate ourselves is staying in those engineered cable areas, the environmentally‐challenged applications, utilizing our material science and irradiation beam technology, which not everybody has. It’s a significant investment into research and development, and not everybody is willing to do it. A lot of our competition wants volume ‐ they just want to keep moving cable through their plant. We don’t look at it that way. We certainly want to sell cable, no question. But we will look at where we can solve a problem; we will look at where we can utilize our technology to solve that problem. And in many cases, we may end up with a sole source position, or at least minimized competition, because we developed something for a particular application, or we’ve developed an expertise in processing, or we just happen to have the right look in a particular niche that other people may not want to go after.” 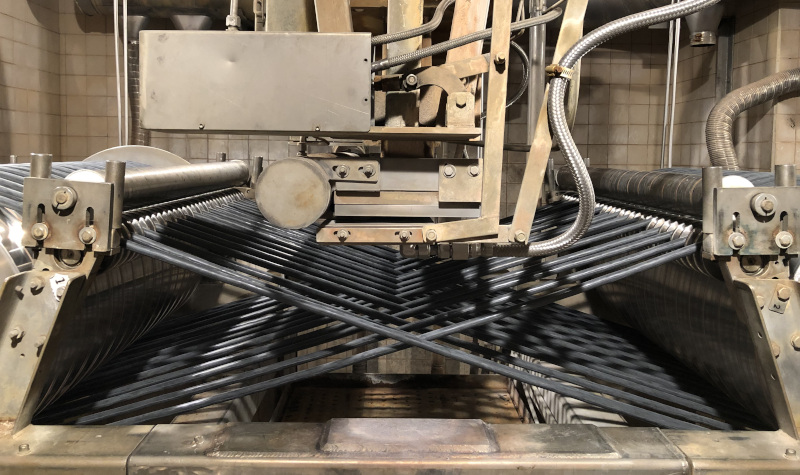 Interior shot of an irradiation machine

Speaking of going after, Reichert reports that Champlain Cable also goes after other companies that might help make the firm more vertically integrated. “We boil it down to three main areas that we look at from an acquisition standpoint,” he notes. “We want to be able to make sure that we add talented people ‐ our business is very people‐intensive; we don’t succeed if we don’t have the right folks, and we believe we do have the right folks. So, whenever we look at an acquisition – Point 1: will it add to our skills and our talent level to continue the culture that we’ve established here? Point two: is it a technology that we would be acquiring that we don’t have right now? It can be anything in the wire and cable space that we don’t have. Point 3: does it give us additional products or access to a new market? And if it doesn’t tick all three of those boxes, we will not look at that acquisition. So, we’re very particular about what we go after and what we want to try to bolt onto Champlain to continue the work that we’ve done over the years.

“The beauty of being part of a large organization like AIAC is that with that ownership comes opportunities for us to get involved in a lot of other things. For example, Champlain Cable also owns a copper tubing manufacturer and we also own a slit steel manufacturer. So, we’ve tried to both broaden and balance some of the ebbs and flows of some of the products and some of the markets that we serve into. We’re very process oriented, and it doesn’t matter to us what that process is; we like to keep it along the lines of material science and/or metals, so the fit of copper tubing and the fit of slit steel fits in very nicely with us. And we’ve used our model of how we go to market, and to what areas we want to go to market, and how we look at potential new customers and new products to take advantage of some of these other companies within the AIAC fold to see if they make sense to be with Champlain.”

One of Reichert’s long‐term concerns is just how vertically‐integrated he wishes the company to be. Currently, all of its raw materials are purchased. “We do not manufacture compounds and we do not make our own copper,” Reichert explains. “We buy from many different companies. But, do we want to make all of our materials here? Do we want to manufacturer our own copper stranding? What technologies and what materials do we want to have more direct access and control over? Because if we don’t have that control, we run the risk of losing some of the business to our competition. So, we’re looking at how we take a step back in the supply chain and say, ‘Do we want to own something that makes us a little bit more self‐sustaining?”

“We’ve also started to look at the other side of the supply chain,” he adds. “Our vision within Champlain Cable is to deliver innovative, value‐added solutions for our customers. Are there things that we can do to add value to what we’re selling? Right now, we sell bulk cable on small to large reels; we sell it in barrels, we sell it in drums; we sell bulk cable, and that’s currently all we do. But, some of our customers may need things done a little differently and we’ve been paying attention to them. Do we need different packaging? Do we need cut lengths? Do customers want some assembly work done ahead of just buying bulk cable? Can we be a little bit more of a supplier to our current customers or additional customers, and will that add value to what we’re doing?”

Finally, Reichert shares that one of the company’s main concerns, going forward, is finding the right people to fill the large gap left as current employees near or reach retirement. “How do we fill up all of that knowledge and achievement that we’ve had over the years?” he queries. “It’s an issue that we pay a lot of attention to. We have to make sure we have the right skill set, the right mindset, and the right people in the right environment. For some of the markets that we serve, we have to have the best minds to do what we do. We’ve been the beneficiaries of the people that made this company what it is for the past 65 years. So, what’s our role in making sure that we maintain that same mindset and attitude in the next 65 years, so we hand it off better than we received it? That’s the culture that we’ve established here. And it works.”

WHO: The Champlain Cable Corporation

WHAT: A manufacturer of high performance wire and cable