Located in South Central Indiana, the city of Martinsville is located between Indianapolis and Bloomington, and is in what Gary Oakes, Director of Planning and Engineering describes as “the pretty part of the state”, with rolling hills, ponds, lakes, and trees dotting the landscape. Once known as the “City of Mineral Water”, the rural community was famous for its mineral water sanitariums, drawing many prominent people to the area between 1888 and 1968, to relax and rejuvenate in the healing baths. Today, Martinsville is a community of close to 12,000, on the brink of expansion and open to possibility.

A project to bring Interstate Highway 69 to the edge of the city has been in the plans for decades and is finally coming to fruition, bringing new opportunities to the community. Oakes recounts, “It was started almost three years ago now, but planning goes clear back to the 1980s. Everybody has known this was coming for a long time. It is finally here, and although there are many issues to be addressed with that, there are also lots of possibilities. Notably, because of the interstate now being completed, we recognize that the city of Martinsville is a community where the quality of life is very good because of our geography, and the access to amenities.”

Another major undertaking for the City of Martinsville is a project to address ongoing floodplain issues. “The city of Martinsville is actually in a bowl,” says Oakes. Stormwater is another issue that we address as we do our planning. As part of this effort, FEMA is revising the flood map of the city, which Oakes admits can be frustrating for residents. 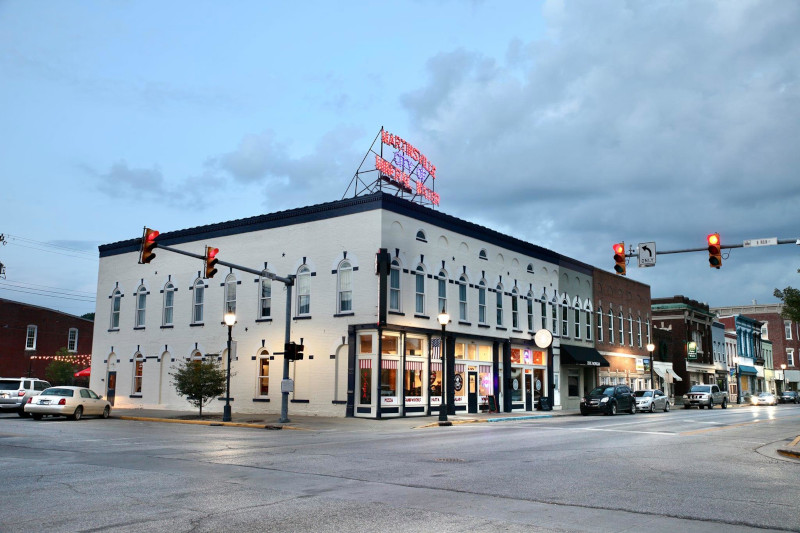 “We have people who thought they were not in a floodplain, who are now in a floodplain, and those who thought they were protected by a levee are now going into a floodplain.” The city is also investing in a new 8000-foot-long levee to address the flooding issue, at a cost of approximately $20 million. Another $5 million is going towards the rehabilitation of an original levee that belongs to the state, bringing it up to meet current standards and codes.

In other infrastructure projects, Oakes reports that Martinsville is bringing water and sewer into a major housing development in the city, a $3 million investment. Carrying those utilities under I-69 to the city’s east side is also in the works, opening that area up for future development.

Stormwater is another issue that we address when doing our planning. Oakes relays that the city has multiple projects on the go, in the form of both dry wells and piping.

He adds, “We also have a sewer lining project, some of our original sewer lines in the older area of town need to be properly lined so that we don’t have leakage from those. We had a state mandate to get rid of phosphorus leaving our wastewater treatment plant to the river. So, just this year we became operational with a phosphorus removal plant that cleanses our water and sends it onto the river.”

The highway access has brought growth to the community, where currently there are 450 new homes platted and ready for construction. With housing costs being 30% less than Bloomington or Indianapolis, Martinsville is an attractive option for those who work in those cities. “There are some real advantages to living here besides the tax advantages we have as a small town. We are a bedroom community, we don’t like to call it that, but that’s in reality what it kind of becomes,” acknowledges Oakes. 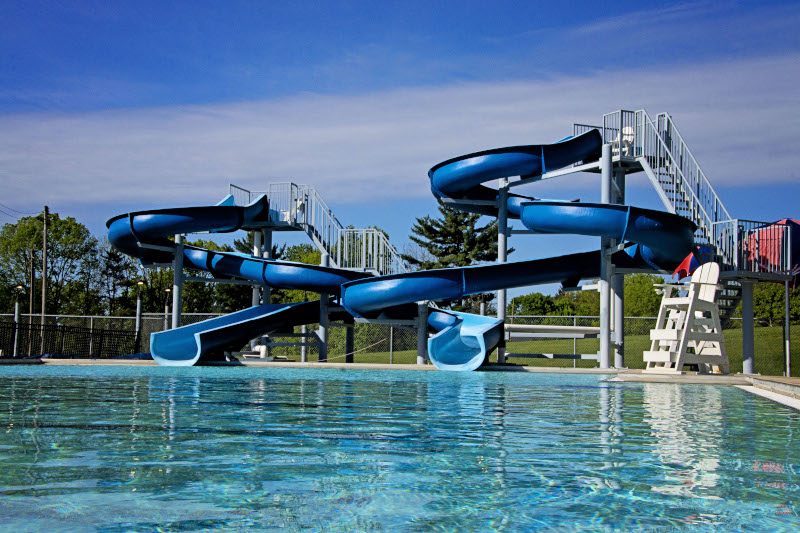 Although much of the city is equipped with fiber, Martinsville is working to bring it to 100% of the community, adding to the attractiveness for those who wish to live in the city and work from home. “We have the people that want to live here, and that’s what’s a little different than what it used to be,” he conveys. “You used to find a job and live there, now you find a place that you want to live, and then you commute to a job. We are less than 20 minutes from both of those potential employers, and we think we’re in a very enviable position at that point.”

He notes that the community has a large rental population, with the inner part of the city made up of approximately 50% rental housing. There are also several senior housing projects throughout the community, including Ken Mar Apartments, a 101-unit assisted living facility.

Maintaining strong partnerships with developers is important for the continued growth of the city, as Oakes reports, “We have three different developers involved in housing projects that are going on right now, and we’re hand in hand with them.” He adds that the Metropolitan School District of Martinsville is another valuable partner, and an important resource for the city, sharing, “They are upgrading and replacing a 20-year-old turf field for football right now, along with putting in turf fields for baseball, softball, and soccer. So, they’ll all have first-class athletic facilities and that goes along with the quality of life for our town. When people are looking for a place to live or move, sports is important amongst young families.”

Although the community hospital is a satellite of the Indiana University Healthcare System, they are converting the third floor into a detox treatment facility. This will be used by Pinnacle and Obsidian, a for-profit drug rehabilitation facility, providing another valuable resource for the community. “That goes from entry level all the way through transitional housing, doing the initial detox at the hospital on the third floor, before moving into their facility,” describes Oakes.

As the county seat of Morgan County since its founding in 1822, Martinsville is home to a historic county square that was recently the subject of a revitalization project, encompassing $15 million in building upgrades. One of the most historically intact commercial districts in the state, the county square is also a gathering place for the community, hosting many festivals and events throughout the year, including a Thursday evening car show with a live music stage.

An annual event known as “The Fall Foliage Festival”, brings 5 days of celebration to the downtown, ending with an impressive 100+ participant parade that draws hundreds to the area. A brand-new park, named Performance Park, will be added to the downtown, to be a community gathering space and an extension of the square. This new community area will have an open green space, an amphitheater, and an attached parking lot with EV charging stations. Remodeling a Morgan County courthouse building that was built in 1859 and is the anchor to the city’s commercial district is also on the agenda, part of a $72 million project that will include a new county administration building. “It’s a big project, every bit of it is on city property, so we are working hand in hand with them. We have just taken out nine homes for a new parking project for them that will accompany the expanded office building for administration and courts,” says Oakes.

To complement Martinsville’s 12-year-old fire station, a brand-new police station is currently in the bidding stages and is expected to be completed within the next 24 months. As for what else the future holds, Oakes sees a continued focus on stormwater management initiatives. He stresses, “The levee project is a huge project. Just for the new section which is about 8000 feet long, takes 162,000 cubic yards of clay, and we’re talking about cubic yards, not cubic inches or cubic feet. This is a lot of materials to bring here and to be placed into what’s currently agricultural ground. Once a new levee is built, everything on the landward side of the levee becomes commercial property at that point.”

What: A growing community in South Central Indiana