The Pennsylvania Convention Center – Combining the old and new 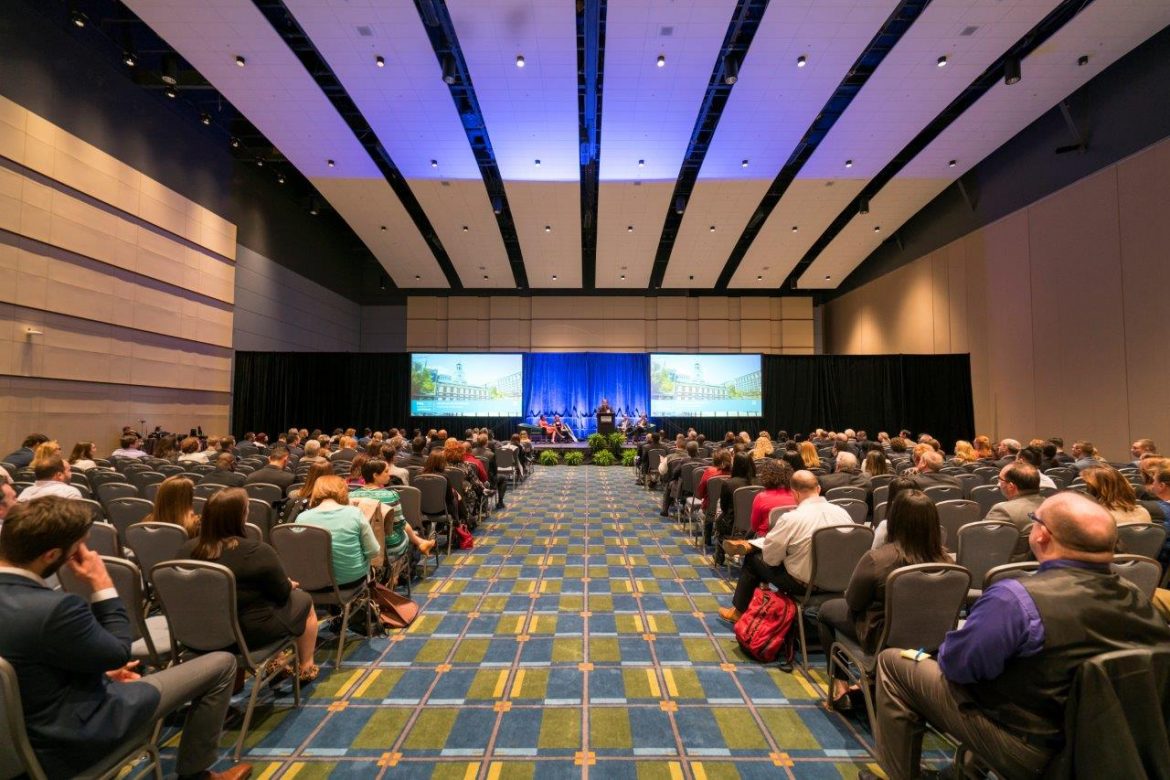 Business View Magazine interviews representatives from the Pennsylvania Convention Center as part of our series on North American convention centers.

The Pennsylvania Convention Center is a multi-use, public facility in the Market East section of Philadelphia, Pennsylvania, designed to accommodate conventions, exhibitions, conferences, and other events. The “L”-shaped complex, owned by the Commonwealth of Pennsylvania and managed by the SMG Corporation, occupies four city blocks, and with seven exhibition halls and 73 meeting rooms, offers a total of one million square feet of saleable space.

The Center’s exhibit hall building first opened in 1993, and the following year, the trainshed building of the former Reading Railroad terminal was renovated and added to the facility. “At the time, we did have a small convention center out in University City, called the Civic Center,” recounts Stephen Shepper, Director of Engineering & Capital Projects. But, by the 1980s, the smaller building could not accommodate larger events, so regional and state leaders began to plan for a new convention center in the heart of the city. “The idea was to get a convention center in the center of town to rejuvenate the area,” Shepper adds. “So, the politicians and the local people got together and the city constructed the original exhibit hall building and renovated the existing trainshed with the Reading Terminal Market, below.”

In 2009, the Center embarked upon a $700,000,000 expansion, which, when completed in 2011, nearly doubled the facility’s size. Shepper relates that along with the expansion came the creation of a funding mechanism that began providing for even more improvements to the Center. “Starting in 2012, we developed an aggressive capital program with technology at the top of the list, along with a $13 million roofing project, which we’re finishing up in September. We have a design for new restrooms throughout the facility; we just updated our Wi-Fi a year and half ago, put in a new server room, and upgraded the cabling of our AV system. We’re doing façade renovations of the exhibit hall building and the historical trainshed. We’re going to do new exterior entrance doors and new carpeting. And we’re going to start renovating our escalators and elevators in the original building. We’re in the midst of finishing a lighting control upgrade; we’re starting to convert to LED lighting, and we’re upgrading our HVAC systems. The expansion is a LEED-certified Gold Building, and eventually, with these modifications, we’ll be looking to get LEED certification on the older building.”

Today, the Pennsylvania Convention Center averages about 250 events a year. The Convention Center Authority, which oversees the operation and maintenance of the Center, employs about 13 people, and SMG, which runs programming, has about 120.

Janet Mitrocsak, SMG’s Director of Facilities, touts some of the advantages of holding an event at the Center: “We have a very large building; we have the robust floor space to conduct very large conventions. That’s an important selling point. We also have the largest ballroom in the northeast – it’s the size of a football field. We’re situated right in the heart of downtown Philadelphia, one of the few convention centers woven right into a city’s landscape. We also have a fantastic train system and all lines lead to the Center. We’re very close to the airport; we have more than 10,000 hotel rooms, hundreds of restaurants, shops, attractions, and cultural institutions, all within walking distance of the Center.” Shepper adds that Philadelphia, which, at one time, was the nation’s capital, also offers a host of historical buildings, most of which are also within walking distance of the Center.

The Center also advertises its sustainable practices which, nowadays, is another reason why some groups choose to hold their events there. “We are a green building and I know that’s important to a lot of meeting planners,” says Mitrocsak. “We have a fairly robust program with waste and recycling from single stream to construction and demolition streams. We have a biodigester in the kitchen area that takes all food waste and turns it into an effluent waste stream. So, we’re doing a lot of different things on the recycling side. On the energy side, we track energy in real-time – electricity, natural gas, water consumption – and we have been trending down for the last couple of years. A lot of that has to do with the upgrades in the building, the lighting retrofits, the HVAC upgrades, and now a new roof – that will certainly help some of our heating and cooling loads.”

The Pennsylvania Convention Center is a testament to the notion that retaining the old, while combining it with the new, is definitely a recipe for success.

WHO: The Pennsylvania Convention Center
WHAT: multi-use, public facility for conventions, exhibitions, conferences, and events
WHERE: Philadelphia, Pennsylvania
WEBSITE: www.paconvention.com 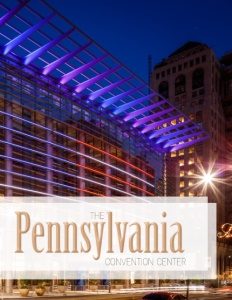