Named after French explorer Rene-Robert Cavelier, Sieur de La Salle, LaSalle Ontario captures attention with its beautiful natural surroundings, making it an ideal community in which to live, work, play, and visit. In fact, in 2017 LaSalle earned a #26 ranking as one of the Best Places to Live in Canada, out of 417 communities. French settlers were enamored with the picturesque surroundings of what is now known as Essex County when they first established roots in the area in the mid-1700s.

Nestled amid the bordering waters of the Detroit River, the area was once a harbor destination for trade ships. While LaSalle’s history and that of Essex County were very much interlaced when they were identified as part of Upper Canada in 1792, LaSalle wasn’t officially designated as a town until residents of the Township of Sandwich West chose to become incorporated in 1991. That makes LaSalle one of the largest communities in Essex County. 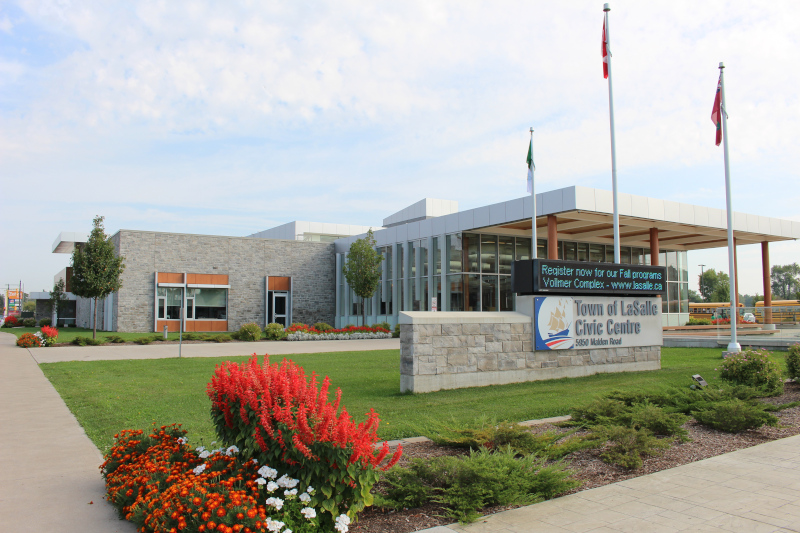 Today, LaSalle is home to over 33,000 residents who benefit from a robust collection of industries and small businesses that provide a varied assortment of wares. The town is close to St. Clair College and the University of Windsor, and with a network of trail systems, parks, and waterfront amenities, LaSalle continues to ensure all aspects of life are respected and fostered. “We really have created that walkable area for our community,” shares Mayor Marc Bondy. “We do hear from some of our consultants that what we have created in our area is something to be proud of and folks are very envious of us.”

LaSalle is a watchful steward of its natural landscape and bordering waters, so quality of life and connectivity to the land are always at the forefront when it comes to planning for the future. CAO Joe Milicia explains, “About two years ago our council had authorized the acquisition of property along the waterfront to augment our existing holdings, and it is almost at the completion phase. We’re in the design stage at this point. The project is between $45 million and $50 million dollars of investment that we’re making down at the waterfront that is going to expand our existing holdings from about 25 acres up to 65 acres.”

The waterfront project is the community’s pride and joy. Mayor Bondy enthuses, “It will include a new boat launch and some sort of marina, some buildings, a park, a play water feature, and waterfront shoreline protection. I would say that it will be green as well because we are going to have some solar panels in there for lighting and signage. And it will be environmentally friendly because we are dealing with the Essex Region Conservation Authority; we’ll be working hand-in-hand with them on how we can protect the shoreline and maybe put some fishing activities in place.”

A portion of marina that was included in the purchase will be repurposed into a large event centre, and a heritage home on the property will be used in a heritage or museum capacity. In addition to shoreline protection, flood prevention measures will also be undertaken. Milicia notes, “The site is quite unique in the sense of the location along the Detroit River and we’ve partnered with the University of Windsor. They conduct fish research out of a multi-use building , and the idea as part of this project is that they are going to expand their footprint and take more of our space.”

A number of commercial opportunities will also be made available, thanks to access to Essex County Rd. 20, the Town’s major connecting artery. “We’re creating a number of commercial pads along that space to augment what we have right now,” Milicia adds. “That road is heavily traveled with about 20,000 cars a day, so we see that as a great commercial opportunity. It is really going to be a bit of a flagship as we anticipate that restaurants, shops and commercial enterprises will be relocating or locating to that area. And, as a result, will drive some of the population from a tourism or economic development perspective.” 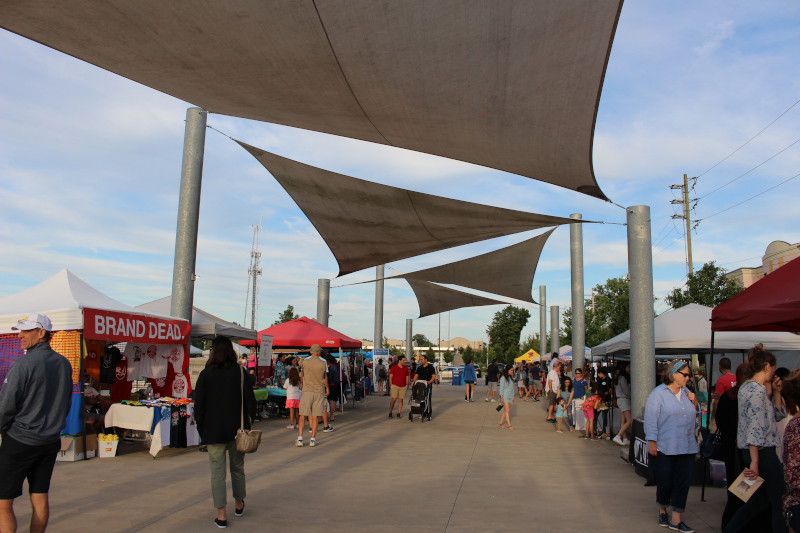 The waterfront initiative is expected to take up to 20 years with funding coming mostly from the municipality. Corporate Communication and Promotions Officer Dawn Hadre acknowledges, “Community engagement is essential as the project moves forward. Having the community be a part of the process is very important to us, to get their feedback, to get their ideas of what they think would work down there, and to give us some new ideas of concepts, of how we can build it so that it becomes a real destination point for our residents and for residents outside of our municipality. It could be a destination spot for people to come and enjoy the outdoors and take part in the riverfront for those kinds of activities that we have not had in the past, or not had in great amounts in the past.”

Another significant infrastructure project dubbed The Big Dig, will cost about $50 million from start to completion over the next five years. It will help the municipality better control flood waters in the centre of Town to open the area up for more residential development. Milicia reports, “The project is to construct a large drainage corridor that leads to an extremely large pond, about 25 acres or so. The corridor will transmit water from low-lying areas to the pond, where it will be treated back to a natural base and then released back into the river. We are dealing with a number of landowners as we go through this project and we anticipate we will be able to effectively house about 20,000 to 25,000 people once this infrastructure is complete.  This project will open up about 535 hectares of development lands.”

The construction timeline will run about two years for the design phase with another three to five years on the construction phase. “It’s a bit of an all-or-nothing schedule and we need to have the entire project operational, so that when folks are building homes, and eventually moving in, they can be assured to the best degree possible that they are not going to flood during heavy rain,” adds Milicia.

Investing in the natural surroundings has taken many forms over the years, including the construction of about 30 kilometres of trail systems that connect neighbourhoods through natural areas. “A decade ago or more we started acquiring environmentally sensitive lands, mainly woodlot or prairie grass areas, and we continue on with that project,” shares Mayor Bondy. “We’ve spent in excess of $10 million and that’s probably been our single largest investment and program that we have with sustainability. We have roughly 600 acres of provincially significant wetlands and over 400 acres of ecologically significant Carolinian Forest, so that’s 1,000 acres that we’ve purchased. We’re really just acquiring them to hold them in their current state to ensure we are doing our part to pay back to the environment.”

LaSalle is primarily a bedroom community bordered by the Town of Amherstburg to the south, the Town of Tecumseh to the east, and the City of Windsor to the north. LaSalle’s largest employer, CenterLine, has a workforce upwards of 750 people, while most local residents work in major employment areas in Southern Ontario, Southeastern Michigan, and Northern Ohio due to easy access to Highway 401, Highway 3, and other major roads.

That being said, LaSalle is an attractive base for small businesses as the downtown core becomes more of a central hub, mingling old and young, seasoned and new. “We have one of the highest per capita income municipalities in Ontario. With the highest per capita and disposable incomes, there are opportunities for successful investment and development ,” says Mayor Bondy. From the time of its early beginnings to the present day, life has been good for the residents of LaSalle – and they know, in this special town, there really is no place like home.

What: An attractive, growing town; population 33,000

CenterLine’s corporate vision is to develop innovative solutions that enable their customers to exceed their operational, customer, and profit commitments while minimizing their risk and stress. CenterLine has been awarded over 80 patents and has numerous North American and international patents pending.

Their main customers include OEMs and Tier suppliers in the automotive, mass transit, aerospace, and defense industries. Aside from its corporate headquarters in Windsor, Ontario, Canada, the company has a global presence in the USA, Mexico, Brazil, Germany, Romania, India, and China to support their international clients.

A recent recipient of the prestigious National Manufacturing Leadership Award in the USA, CenterLine continues to deliver state-of-the-art technologies and processes that help their customers maintain a strong competitive advantage.