With panoramic views of the snow-capped Sierra Nevada Mountains, plenty of sunshine, and a quiet, small-town vibe, the City of Farmersville, California is a community ready to embrace change. Located in Tulare County in the San Joaquin Valley, Farmersville offers affordable living for many who commute to the larger neighboring cities including Visalia and Tulare for work. Incorporated as a city in 1960, the history of the community goes back to the 1860s, when the first school was built in the area to educate the children of local farmers. Over the years, Farmersville has experienced a slow and steady growth and now has a population of close to 11,000. 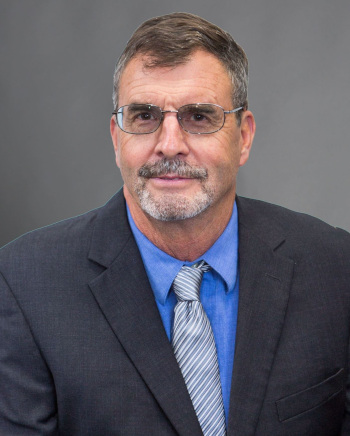 Mayor Paul Boyer has been a proud resident of Farmersville for 42 years. He shares, “One thing that attracted me to Farmersville was the small-town feel. I’d say in a lot of ways we are family oriented. We have a lot of mom-and-pop businesses, we do have some franchises, and that’s a plus too, but we have a lot of enterprising local people that have their own businesses, making places for people to shop. We are what you would call progressive, in a lot of ways that people wouldn’t expect from a small town.”

An example of this progressive attitude is the recent updates at the Farmersville entrance to State Highway 198, which included changing a 2-lane undivided road into a 4-lane divided road with bike lanes and sidewalks, along with a double roundabout. The double roundabout is the first of its kind to be added to a state highway entrance in California.

With residents travelling to other communities for many of their everyday shopping needs, Jennifer Gomez, City Manager, believes the city is ready to address this issue. “Farmersville has been growing slowly over the years, it is now at the point where I think it can support other retail/commercial type businesses. It’s really hard for small towns to break out and be able to support a retail industry, but I think Farmersville is at that cusp of being able to attract larger chains, whether it’s hardware or shoe stores, things of that nature, we are going to be working to try and attract that here.” Bringing new, larger businesses to the community will also add local employment opportunities.

“We need the services here for the residents, but that also provides work opportunities for them. It’s all connected. Our location right off Highway 198 makes it convenient for people to jump off and on the highway as they are passing through up to the national parks, but it’s also good for people that are looking for a quieter town to live in, who are commuting to one of the neighboring cities for work. We are at that point where we are making a lot of improvements here so that we will be able to attract businesses and new residents,” Gomez adds.

A large majority of Farmersville’s working population commutes to nearby Visalia, Tulare, and Exeter for work, although there are some who work in the area farms. “We have a lower percentage of farm workers than when I moved here 40 years ago,” Mayor Boyer reports, “but there’s still a number that work in the surrounding ranches and farms. There is still employment there.” The city’s largest employer is the Farmersville Unified School District, with 249 employees in six area schools. For those looking for employment, job training, or skilled workers, workforce development programs are available through the Workforce Investment Board of Tulare County. 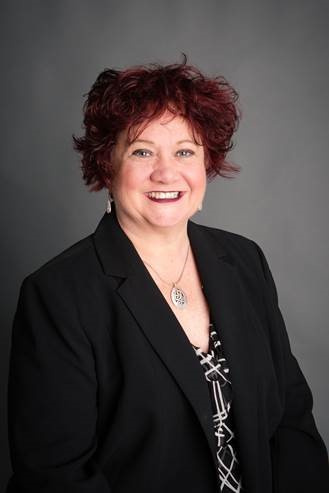 Non-profit agencies such as Community Services Employment Training (CSET) and Proteus, also connect potential employees with work opportunities in the community. “They try to hire people from our community to work on projects, so they get the job skills. We use them a lot for our park projects, for work on irrigation, tree planting projects, and things like that. I know that CSET will try to find local people to work our local projects,” describes Gomez. Students of Farmersville Highschool can also enroll in various pathway programs, gaining knowledge and job skills in areas like building and construction, agri-science and welding.

Over the next few years, Farmersville will see an increase in their housing inventory, with 100 acres of land slated for development into single family residential units. There are also plans to add a multifamily housing complex with over 100 units. That development will bring a lot of people – those new to Farmersville and current residents that are looking for an opportunity to purchase their first home. With industrial land zoned and ready for additional infrastructure, there is also space available for industrial expansion in the community. An Opportunity Zone in the northern part of the city is another area of focus, with land being sold for commercial development.

Gomez acknowledges, “We have a local developer that did acquire a large corner parcel. I know they are looking at adding a grocery store, restaurant, and gas station. That will be great, being in that Opportunity Zone they will be able to get some tax credits for any work that they do there.” To support future growth, Farmersville has just completed an expansion of their wastewater treatment plant – the largest capital project the city has undergone to date. The new facility, which is operated by Central Cal waterworks, was built with future expansion in mind. “It is increasing our capacity quite a bit, to where we can support new subdivisions, new businesses, and industrial users. So, we are not going to have any concerns about that for many years to come,” Gomez asserts.

The introduction of two Cannabis dispensaries has been a welcome revenue source for Farmersville. At the two-year mark, the city is expecting to receive $1.4 million annually in revenue from these operations. Gomez shares, “In 2017 the residents had a ballot measure where they approved a business tax on any cannabis businesses here. A 5% tax was established for the dispensaries; they pay us 5% of their gross sales and we get the sales tax on top of that.” Situated away from schools and residential areas, Gomez feels the city did an excellent job of choosing locations, making them accessible to both residents and customers from other communities.

After reviewing a large selection of permit applicants, there was a lengthy vetting process, with the city finally settling on two ideal candidates to open dispensaries in Farmersville. “They are people that are from the Tulare County area,” says Gomez. “So, they are local, they care about Farmersville and want to have successful businesses here. Both have expressed interest in expanding their floorspace because they are doing even better than what they originally projected. We have a good relationship with them. It hasn’t brought anything negative to the community at all. In my mind, it’s been a win, bringing additional revenue for us.” 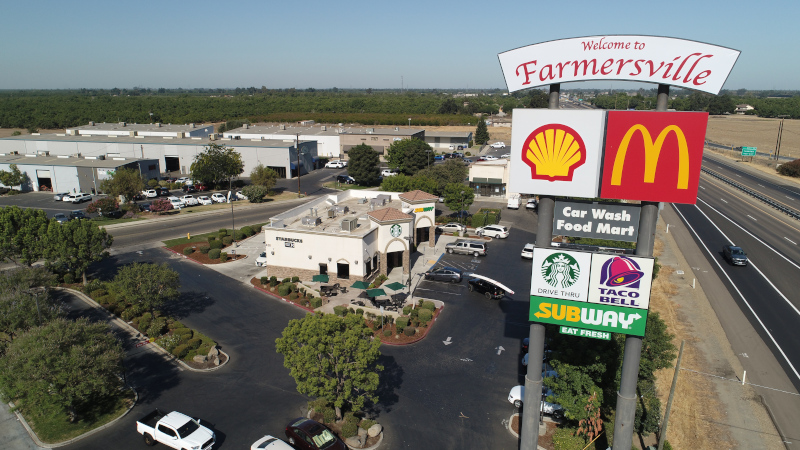 Downtown Farmersville is a typical “country downtown”, ready for a dose of Main Street charm. One revitalization project includes what Gomez describes as a “road diet”, which would mean altering a four-lane road, down to two lanes. She explains, “It gets traffic, but vehicles travel a little bit faster because it’s multiple lanes. To give it more of that downtown feel we want people to slow down and see the businesses and not just fly past them. This will give us an opportunity to widen the sidewalk areas, so it’s more pedestrian friendly, and add designated bike lanes. It is going to be an opportunity for us to really beautify the downtown and make it stand out from other ends of the town. We want people to realize, yes, this is where we want you to stop and shop and do business.”

While a lot of emphasis in the city is on attracting businesses to the Highway 198 area, Boyer emphasizes, “We don’t want to forget about our downtown, we really want to revitalize it as much as we can.” Although this major project will be long term, the city is also looking at short term improvements, such as installing decorative signposts, lighting, and benches to create an area that will stand out and that feels like a destination.

With a focus on quality-of-life improvements in the next five years Gomez is looking forward to continued investment into existing parks and the development of new parks within the community, something she hopes will create space for residents to come together for festivals and celebrations. Street improvements in residential neighborhoods in need of repair is also high on her wish list. Looking to the future, Mayor Boyer shares, “My dream is that we’re going to have more businesses in town, revitalize our downtown, look at quality of life. I think now we could go beyond just saying we have water, sewer, and public safety. We need these other things that people can enjoy in life, and we’re getting there.”

What: A small town on track for growth and revitalization: population 11,000

Where: In the San Joaquin Valley situated between Visalia and Exeter, California