The Rural Municipality of Hanover, Manitoba – All about sustainability

The Rural Municipality of Hanover, Manitoba

Business View Magazine interviews representatives of the Rural Municipality of Hanover, Manitoba for our focus on Economic Development in Canada

With its roots firmly planted in agriculture and its sights set on a bright future, the Rural Municipality of Hanover, Manitoba is following a strategic vision for sustainable growth based on a fiscal, environmental, economic, and residential development perspective, while also focusing on the importance of maintaining the region’s local culture and history.

The local government of the RM is accomplishing this through thorough planning, careful execution, partnering with other municipalities, and lobbying the provincial and federal governments to make investments in infrastructure for the future. But in case those plans don’t work out, they’re already making moves on plans B and C. 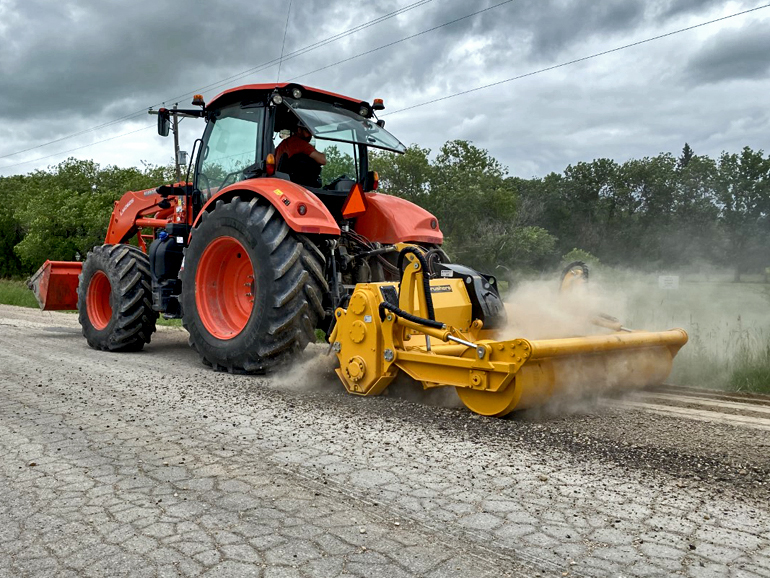 That kind of forward thinking when it comes to sustainable construction, environmental awareness, and future opportunities is bringing the rural municipality into focus for businesses all over the world – making it one of Manitoba’s premiere places to set up shop. Reeve Stan Toews believes that is one of the reasons for their popularity. He notes, “We’ve had good growth for many years in a row now,  I guess it’s because there’s always something happening in Hanover.”

Hanover has been gaining traction over the last 20 years with immigrants, and more recently, with COVID-19, they’ve seen an influx of people moving into the RM to get away from the hustle and bustle of nearby Winnipeg. Wanting to bring more recreation and outdoor activity and a healthy work/life balance into their lives, while still maintaining their office job. The feasibility of working remotely during the pandemic has allowed those people the option to relocate from the city and they are seizing the opportunity.

Economic Development Consultant Gordon Daman has an immense appreciation for how the RM is planning to move forward. He explains, “Hanover is taking a profound lead in relation to recognizing the importance of long-term sustainability – not only economic but ecological, as well. From an environmental perspective, recognizing the importance of being responsible, we have planned and managed growth with the three neighboring municipalities; having the opportunity to do more together than one can do alone. Also, from a fiscal perspective, it’s more efficient to work together on that basis. But most importantly, its going to be addressing the impact, the footprint, we create. We’re going to manage development in a responsible way, so it’s affordable for residents and commercial business partners in the municipality.

“Looking at the downstream effect of climate change, as well as stewardship of Manitoba’s numerous waterways, it is extremely exciting moving forward. We have a particular state waste water treatment facility project right now before the provincial government, in consultation with the federal government, to look at sustainable, long-term growth for the community. It is also extremely important for the region, as we move forward in a post-pandemic environment.”

Hanover has a population of just under 20,000 and is about an hour drive to the centre of Winnipeg, the capital city of the province. Hanover is also the most populous RM in Manitoba, made up of five communities including Mitchell, Blumenort, and Grunthal – the more urban communities –  while New Bothwell and Kleefeld are smaller villages.

Today’s RM is a little larger than the area set aside as a Mennonite reserve in 1873, referred to as the East Reserve. In 1880 it was named Hespeler, after the man who brought the first settlers to the area in 1873. On May 25, 1881, the municipality of Hanover was created and the east reserve was separated into two municipalities. In 1890 the municipalities of Hespeler and Hanover were amalgamated into the RM of Hanover. The area was settled mostly by families from Western and Eastern Europe and the RM continues to draw people from those countries today.

In the early years, over 50 communities were established but many did not last long. Much of the land in Hanover was not ideal for grain farming. The area had coarse textured soil and was largely wooded. It also had drainage problems. Although some grain farming was possible, the topographic challenges had a positive side effect and led to what is now a very diverse agricultural economy which includes dairy, hogs, poultry, honey, potatoes, and sugar beets. That diversity has made the RM a leader in the production of these products in Manitoba, today. Hanover has produced hogs since the 1940s, but over the last 20 years the area has begun to specialize in pork and poultry production. This uptick in the industry created the need for agriculture-related services like feed mills, hatcheries, transportation, farm implements, and other agriculture services that make up the economic base of the RM today. A prime example is a poultry processing plant that employs more than 800 people in a village of just over 2,000 residents.

The RM has built 12 new commercial shovel-ready properties for light industrial businesses this year and has already pre-sold 10. A private developer has recently built another near the provincial highway. The municipality received over $941,000 from the province to support the community through the COVID-19 pandemic and has put most of those funds into commercial land development to help small businesses expand. In addition, a lot of the money was given to local recreation groups. According to Luc Lahaie, CAO of the RM of Hanover, “Some of the money will be used to invest in upgrades for the municipal infrastructure and 90 percent of that money will go toward small business land development. When it comes to commercial and retail land development, it’s very high risk so most developers don’t want to dip their toe into that. While residential land is very profitable, sometimes they have to sit on those commercial lots for a while before they can sell them off, so the municipality is hoping to reinvest into that.”

The developers in the RM have also invested in housing with a new residential development including multi-family homes, single family homes, and townhouses. But the growth in the last decade has come too quickly, leaving the five wastewater lagoons nearing capacity, despite their original intended 25-year lifespan. Every community in the municipality will outgrow their lagoon within the next two to five years.

To address the issue, the RM joined forces with Tache, Ritchot, and Niverville to form the Red-Seine-Rat Wastewater Cooperative (RSRWC). The cooperative will create and maintain a regional wastewater collection system and plant that will improve wastewater management to meet environmental standards and will also include affordable utility rates for customers in the four municipalities. The facility is projected to cost $110 million, but is dependent on government contributions of about $43 million from the federal government and $36 million from the province. The remaining funds would come from the four municipalities based on their population.

The wastewater treatment plant will allow the municipality to continue to grow and thrive for the benefit of residents and businesses… without it, there is no growth. Daman believes this project will drastically change the face of Hanover and the surrounding communities for years to come. He explains, “Without the opportunity to expand wastewater treatment and provide that facility in concert and collaboration with Hanover’s neighbors, we wont be able to move forward. On that basis, at the heart of the story, it’s that this is the responsible way to move forward; this is a prudent way to move forward; this is a visionary way to move forward and, ultimately it’s critical for the long-term sustainability of the municipality and the region as a whole.”

In the event that those plans fall through, Toews notes, “We have already purchased farmland to expand the wastewater lagoons, but we are hopeful the government will see the value and the way forward in the plan.” Daman agrees, stating, “A wastewater treatment facility like this on a regional basis is a legacy project; a project that will effect multiple generations to come because it’s being constructed in such a way that it can actually be added onto. Expanded so that we’re not always looking for new space. Without this it will just be a profound missed opportunity, so we’re hopeful into the future that the provincial government and the federal government will join a regional effort that is for the common good of everyone in the province.”

The Rural Municipality of Hanover, Manitoba

What: An agricultural-based community; population