The heart of Sand Mountain

Affectionately known as ‘the heart of Sand Mountain’, Albertville, Alabama takes pride of place on a plateau of the Appalachian Mountains. The city is the largest municipality in Marshall County and is home to a wealth of rivers and hidden natural treasures. Despite challenges from inclement weather in the past, Albertville has reinvented and reimagined itself and welcomes improvement with each passing year.

Since 2010, the city’s population has grown steadily from under 20,000 to just over 25,000. One of the reasons for that growth is the municipality’s recent investments in the future – for residents and business owners – with massive improvements to its infrastructure, attraction plans for industry, and the addition of quality of life assets to ensure that future is as bright as possible. Jerry Cofield, Chairman of the Albertville Commercial Development Authority and  Albertville Regional Airport Director, believes those investments will help the city grow. He explains, “We’re kind of the metropolitan area of Marshall County. As a result, we have great opportunities for retail and restaurants and we capitalize on that by, first of all attracting industry and manufacturing to create jobs. But in addition to that, from a quality of life standpoint, we have better schools, better recreation – the kind of things that people enjoy other than working. And we’ve done very well in that aspect.” 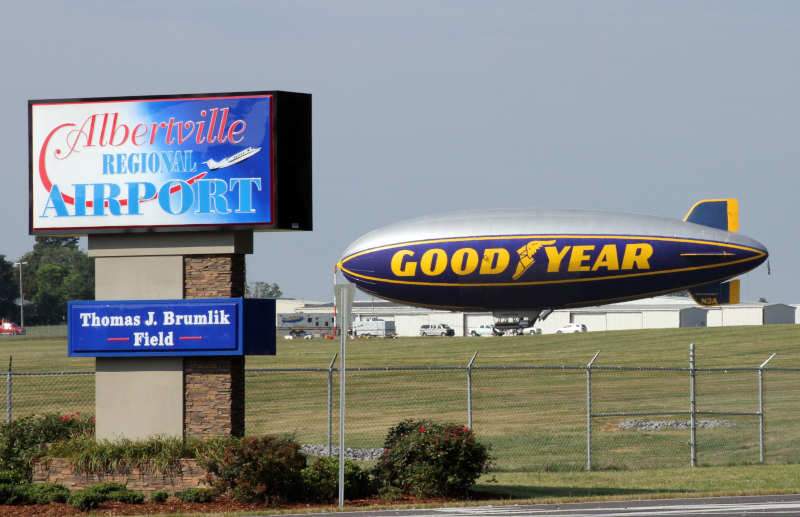 The municipality has worked hard to attract industries that offer higher wages to residents; to help raise the median income and improve quality of life through offering many amenities, including the use of the Albertville Regional Airport. The airport currently houses 60 planes and runs about 10,000 take-offs and landings every year. According to Cofield, “We know business people are busy and need access to their manufacturing sites easily, which is why an industrial and 25-acre innovation and technology park is adjacent to the airport. We’ve got six corporate jets based here, those are part of the manufacturing industry area of Albertville. The airport is not here, solely, to make money, it is here to attract those people who fly jets and who create employment for the area. If we’re doing our job, then we have jets, and we have the corporate people who use them doing business out in the park. These are industry and manufacturing jobs, great for the local economy.”

Albertville Regional Airport employs many people through its subsidiaries, including an aircraft maintenance company, and an aerospace engineering firm with 40 employees in a 100,000 square foot space. The airport has 43 hangars and they are in the process of building eight more in the next 18 months. The intention is to continue building, but they’re using up existing land quickly enough that the FAA and the Alabama Department of Transportation approved a plan to move the state highway about a quarter mile away to give the airport more room to grow. More hangars are important so we can grow on the other side of the airport,” says Cofield. “In actuality we’ve got half an airport now because we can build on only one side. Once we get the highway moved, now that it’s an approved project, we can build inside the loop that’s created.”

Albertville Regional houses The Aviation College at Snead State’s aircraft maintenance program, a two-year certification program that trains students to navigate mechanical, electrical, and technical problems with aircraft, as well as welding and much more, with plans to expand in the near future. Cofield is very proud of the junior college for being ahead of the game with community needs. He states, “What’s driving that is the workforce development, not just for north Alabama, but for all of Alabama. Two-year college systems are under the gun now to improve technical training, to expand those courses that are non-academic but are skill based. And this school falls right into that category as a workforce dependant program because the skills that are taught in aviation maintenance carry over to so many other job skills. For instance if you can do sheet metal on an airplane you can certainly do it in a heating and air situation in a building; if you can do electronics on an airplane, you can do it in the automotive world; if you can do welding on an airplane, you can do it at some kind of mechanical facility, so the skill levels taught there carry over to a lot of other different things.” 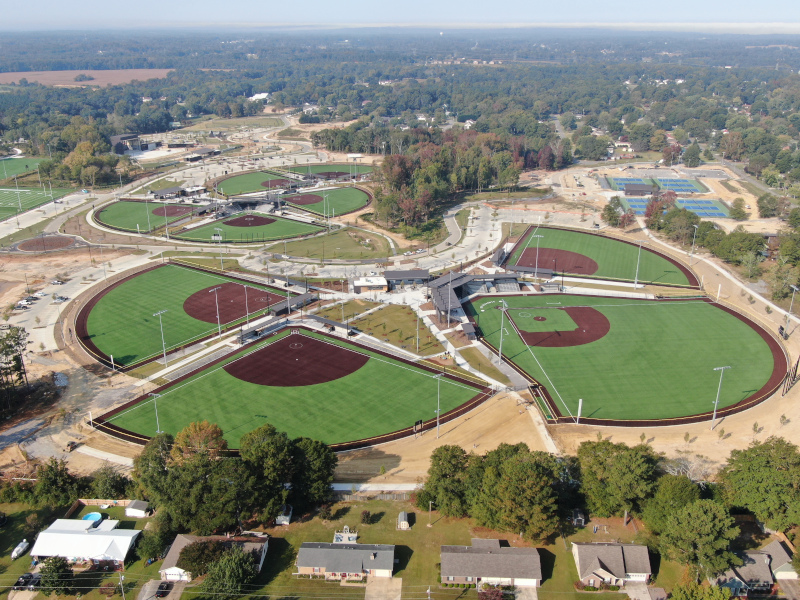 The city has also invested more than $80 million into a new recreation complex and amphitheater designed by Chambless King Architects. The 129-acre recreation facility, The Sand Mountain Park and Amphitheater, has almost everything a resident could want for themselves and their families. It’s a sports, leisure, wellness, and entertainment park that includes 14 outdoor turf fields, 16 tennis courts, a 103,000-square-foot community recreation center with hardwood basketball courts, a two-story fitness centre, an eight-lane indoor competition pool, and locker rooms. Along with an outdoor water park, a 7,500 person amphitheater, playgrounds, an RV park, and conference or party rooms. There are also concessions, a dog park, batting cages, a disc golf course, beach volleyball courts… the joys are endless.

Cofield couldn’t be happier with the results from the park, which is expected to fully open in the fall of 2021. He explains, “When you build something of that scale in a community, what that’s done for us already is attract two new hotels. And we currently have three new restaurants going in, so that’s been a really great promotion for the city from an economic standpoint.” The Sand Mountain recreation center also serves as an additional athletics facility for the city’s public school system. The high school team, the ‘Aggies,’ have just started their own competitive swimming team thanks to the aquatics centre. Albertville also invested more than $50 million into its public school system five years ago to improve the buildings and facilities, which in turn is attracting more students and residents. There are now about 6,000 students attending from kindergarten to Grade 12.

In more good news, Hutton, a Chattanooga-based commercial real estate, investment, and development company, is leading the charge to build a 54,000 square foot Food City in the Albertville Marketplace plaza. Cofield shares, “It’s the first Food City store in Alabama. They’ve built in Tennessee and Georgia, but this is the first Alabama centre and it’s going to be their show piece; it will be their largest store. If you’re familiar with Publix Super Markets, it’s on that level as far as a grocery store. We’re very excited about that.” Infrastructure-wise, Albertville has repaved about 40 percent of the streets in the city and plans to finish the rest within a five-year timespan. COVID-19 has slowed the progress this year, but the municipality hopes to remain on track with the project.

Looking to the future, Cofield hopes the city can continue to diversify their industrial base and further boost the median household income. He acknowledges, “After attracting the Japanese automotive company, Newman Technology, in 2012, I think there’s other opportunities in the automotive sector. There is room for second and third tier suppliers in that facility, which is huge and, so we think we can capitalize and get some of those industries in here to create high-tech jobs. Once again that raises the median family income and that attracts new retail.” Speaking to the best attributes of the community, Cofield adds, “This city is diverse, forward thinking and community oriented. I was born and raised in Albertville and it’s absolutely a nice place to put down roots.”

What: A diverse, forward-thinking community; population 25,000