Winter Garden, Florida – A charming little city with a juicy past

A charming little city with a juicy past

If you’re looking for a place that is as warm as the weather, family friendly, diverse, modern, yet full of small town charm, look no further than Winter Garden, Florida. The city is thriving with plenty of economic development, public works projects, entrepreneurs and young families moving in to call Winter Garden home. City officials and staff strive to exceed the needs of residents and businesses – and it is working brilliantly. In fact, so much so that Winter Garden was ranked in 2019 as one of the top 10 places to live in the United States by Money Magazine.

Tanja Gerhartz, Winter Garden’s Economic Development Director, knows just how valuable the city’s friendly demeanor is and that it sets it apart from nearby locations. She boasts, “We have a lot of people that want to live here because it reminds them of the small town where they grew up, or visitors who come to see a slice of old Florida, or visit our historic downtown, or cycling enthusiasts that want to ride the trail. We are truly an authentic piece of Florida, when you compare our city to the theme parks and tourist-themed entertainment. We definitely have a unique destination in our downtown.” Winter Garden’s population of just under 50,000 enjoys the small town character, while being only a 15 to 20 minute drive from downtown Orlando and other major venues, like Walt Disney World and Universal Studios. 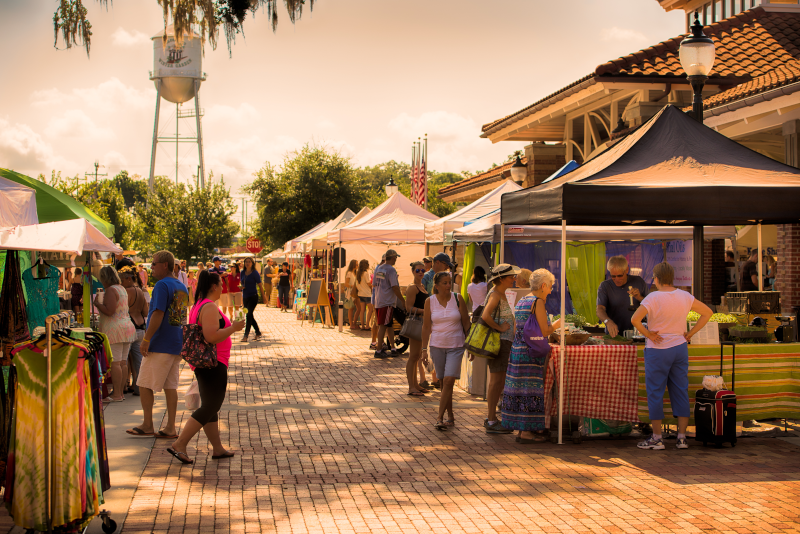 Bordered by the town of Windermere on the South, Ocoee on the east, Oakland on the west, and by Lake Apopka on the north, Winter Garden has a rich history in vegetable and citrus farming – hence their fun slogan with a play on the town’s history with citrus, ‘a charming little city with a juicy past’. Settlers arrived in the Winter Garden region in the 1850s to farm the fertile ground around Lake Apopka. The end of the 19th century saw the city’s business district boom alongside two railways. Winter Garden was officially established in 1903 and incorporated in 1908, under its first mayor, A.B. Newton. By that time, the city’s population was just over 1,000 and by the roaring ‘20s it became the centre of commerce and agriculture in West Orange County. The citrus industry continued to grow and so did the commercial district, until the late 1960s when construction of major highways drew business away from the downtown.

Despite many challenges, Winter Garden’s architectural heritage remained intact and an important part of the city. When the West Orange Trail was established it attracted thousands of cycling enthusiasts to the community and they supported new shops and restaurants that moved into the historic downtown. In 1996, downtown Winter Garden was listed on the National Register of Historic Places and, today, Winter Garden’s Historic District is very successful – a shining example of historic preservation that brings infill development, redevelopment, repurposed buildings, housing, and businesses together to create a vibrant downtown that draws people from around the world.

Gerhartz shares, “Our history, with its roots in farming, is an important part of the city today. The name, Winter Garden, supposedly came from people being down here in the winter and writing back to their friends and relatives that you can plant seeds in the winter and grow a garden. Hence the name, Winter Garden. The other tagline we like to use is, “where good things grow”, because a lot of good things have happened in our community over the last 30 or so years. Winter Garden is considered a very desirable place to live and work.”

One reason it’s such an enviable place to live is the city’s strong leadership and continued strides to build upon successes and keep up with the needs of residents and enhance quality of life. Infrastructure projects like the Dillard Street redesign; in the planning world it’s called a complete street. It has bike lanes, sidewalks, and will link up to the West Orange Trail, which is going to be part of the Florida Coast-to-Coast Trail that links the eastern most part of the state to the western most part of the state. The trail will run from Titusville, all the way over to St. Petersburg, Florida. Winter Garden is located right in the center of that 250 mile trail. In addition to linking the bicycle trail to both coasts within the state, the Dillard St. redesign is eco-friendly with regard to stormwater and sewer system, lighting, and more. The city plans to begin construction on the publicly-funded project during 2021 and is scheduled for completion the beginning of 2022. 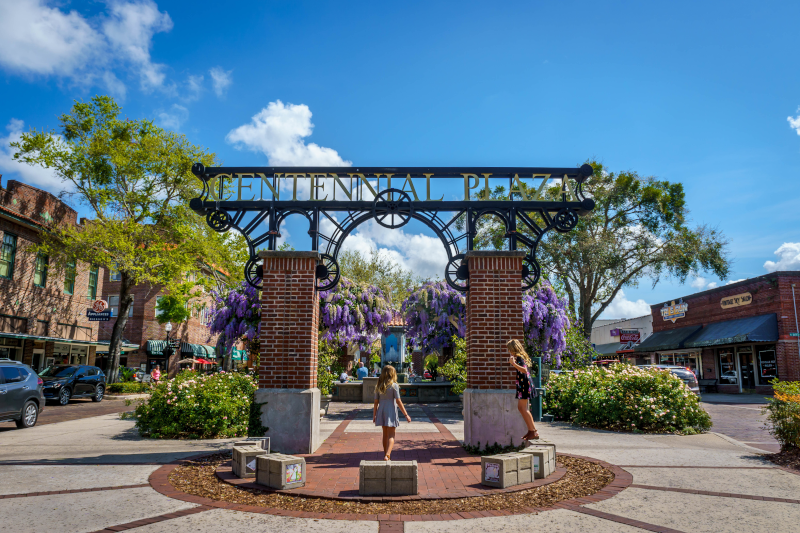 The City of Winter Garden is also putting the final touches on the plans to develop Tucker Ranch – a holistic health and wellness park and farm that the city is building in conjunction with the West Orange Healthcare District. When completed, it will be a great regional asset for West Orange County. Gerhartz is excited about the project, stating, “It’s a beautiful piece of old Florida. We received a grant from the state to help purchase the land and now we’re in the process of completing the designs for the park and the farm.”

In other good economic news, the city has recently become the home of many corporate headquarters, like Schmidt Construction, Dackor, Johnson-Laux Construction, VMG Construction and Riegl Laser Measurement Systems. All headquarters are under construction or were completed in the last few months.  In Downtown, the city is seeing one of its largest buildings come to fruition. The Exchange Building is a three-story mixed-use project being built by RC Stevens that spans almost an entire downtown block. The first floor will have retail space for lease while the second and third floors will contain office spaces.

Winter Garden is also aiming to attract new businesses to an area near State Road 429, which is a bypass, around Interstate 4. There is a large mixed-use activity centre in the works now, with the first building almost completed. Gerhartz notes, “We’ve been master planning this area and preparing for growth for probably the last six or seven years, and we are just about to complete our first building on Winter Garden’s side of the 429.  It is exciting to see the area start to develop since a lot of planning has gone into it.” The city has its first residential project in this area under construction as well. Gerhartz acknowledges they are looking for mid-sized corporate businesses that wish to locate near the SR 429.

While the city doesn’t necessarily publicize its economic development incentives Gerhartz reports, “The City is able to be very pliable because of good leadership.  We can partner on a case by case basis on incentives – all driven by quality of life and quality of place.  The City invests in projects that compliment and enhance our community.  City staff works very closely with the business community to grow those critical industry clusters and steps in to help move important projects forward.  The City does what is needed to create a very business-friendly environment.”

Advanced Drainage Systems is a leading provider of innovative water management solutions in the stormwater and on-site septic wastewater industries, providing superior drainage solutions for use in the construction and agriculture marketplace. For over 50 years, the Company has been manufacturing a variety of innovative and environmentally friendly alternatives to traditional materials. Its innovative products are used across a broad range of end markets and applications, including non-residential, residential, infrastructure and agriculture applications. The Company has established a leading position in many of these end markets by leveraging its national sales and distribution platform, overall product breadth and scale and manufacturing excellence. Founded in 1966, the Company operates a global network of 63 manufacturing plants and 32 distribution centers. To learn more about the ADS, please visit the Company’s website at www.ads-pipe.com.

Internationally recognized as a leading provider for cutting-edge technology and continuing innovation in 3D within the LiDAR industry, RIEGL joins the Winter Garden community with an all-new North American headquarters and training facility.

Madrid CPWG believes in a team approach to assist municipalities in designing their infrastructure needs necessitated by growth. Working together, we develop and deliver practical solutions to maintain and improve all of your infrastructure assets. Our designs improve the quality of life of citizens and the economic growth of businesses, now and into the future. Madrid CPWG serves our public clients with an extensive array of professional consulting services.