Riding a crest of innovation

“St. Catharines is a 21st century city that is poised to be one of the great cities in North America!” Or so declares its Mayor, Walter Sendzik. It’s a bold statement, and one that invites scrutiny. But, when one does see what this city, situated where the Niagara River flows into Lake Ontario, has done in redefining and reinvigorating itself for the new century after a period of relative decline, it would be difficult to argue with Mayor Sendzik’s perspective. St. Catharines is, indeed, “a city that’s on the move.”

St. Catharines, Ontario has always been known as “The Garden City” due to its many acres of parks, gardens, and trails. But the city has always been an important regional center for heavy manufacturing, as well – after all, its official motto is “Industry and Liberality.” But times have changed for this municipality of some 130,000. “We had a very robust manufacturing sector that was driven by low energy costs for the better part of the last hundred years,” recounts Sendzik. “But the bottom started to fall out in the 1980s. By the early ‘90s, most of the larger businesses in manufacturing were gone. We had GM (General Motors). And at one point, we had over 12,000 GM employees in our community and the supply chain that fed into three GM factories created thousands of additional jobs,” he laments. 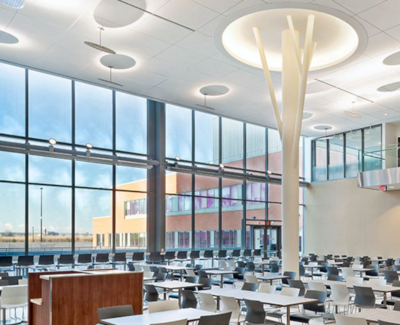 While a much reduced GM still has a footprint in St. Catharines, and the city also has a decent range of high-tech manufacturers and service companies, Sendzik says that over the last several years, transitioning out of manufacturing while attempting to replace those lost jobs via another economic engine that could power the city’s economy, was a major area of focus for the city administration, nearby Brock University, and private developers.

The mayor talks about some of the civic building projects taken on, and recently completed, by the city: “Within the past two years, we opened up a 5,000-seat spectator sports facility that’s home to the Niagara IceDogs, an Ontario Hockey League team, built in the heart of the downtown,” he begins. “We built it in an area that was underutilized and that had been vacant for 30 or 40 years. And through ingenuity and design work, built this facility that connects right into the heart of our downtown core. It’s built with no parking lot, so the parking is on the main downtown streets and two parking garages. It was designed as a walkable, spectator sports facility. It’s a definite showpiece for our downtown community.

“Right next to it, there is the new Marilyn I. Walker School of Fine and Performing Arts at Brock University. The school moved its performing arts school to the downtown area, refurbished a century-old textile factory, and turned it into a creative arts hub that is now home to 600 students who study the arts in our downtown. It is arguably one of the best conversion blends of old and modern in all of Ontario, when you look at how it’s been designed.

“Adjacent to that is the recently-opened, FirstOntario Performing Arts Centre that has four theaters in it, two of which are used by Brock University’s Fine and Performing Arts School. So, now you have connectivity with a school. And the city has built the theater space so that during the day, they’re used as theater practice spaces and at nighttime, they’re used for professional performances and community groups.

“So we’ve really developed into a ‘creative cluster’ – the downtown being the hub. We’ve attracted theater groups to open up their spaces in downtown; we attracted Norm Foster, one of the best-known, Canadian playwrights. He is launching a summer festival starting this year in the downtown area and he’s moved his office into our city. And now, you have creative groups who are opening up incubation spaces so that they can prepare the performances that will grace the stages of the theater. We have the Niagara Symphony Orchestra – its home is now the theater; it’s never had a home, before.

“And what we’ve found is that when you create this energy around the creative arts, it does attract investment opportunity, young people, and creative minds. We’ve seen it in communities like Portland; we’ve seen it in communities in Canada, such as Kitchener/Waterloo, where you make those investments in the creative side and it does create a lot of energy around it, attracting other people to the community.

“So, you’ve got this vibrant energy that has been created because of the three public buildings, one of which was the University’s, and we have completely transformed how people see the downtown – which at one point was a largely vacant, run-down downtown, much like any mid-sized town in North America. And, these investments, totaling close to $300 million in public dollars, have now attracted private sector investment into the area. You’ve got developers buying up property along the main street and there are two apartment buildings being built just down the road that will house students and young professionals who are looking for that urban experience. And it’s the first two apartment complexes have been built in downtown, in more than 30 years.”
While the rapid growth of this new economic engine is stunning in itself, what is equally remarkable is that all of St. Catharine’s public investments were made during the time of the greatest economic downturn in generations. And yet, while the most of the world’s economies were reeling, funds were being made available from the Province of Ontario and Canada’s federal government of Canada. “During the Great Recession,” says Sendzik, “there was an infrastructure project approved by the government which said to the municipalities, ‘Show us what your major projects are to re-position your cities and we’ll come in as willing partners.’” 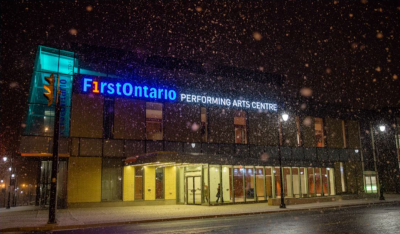 Based on this initiative, both the Brock University school move and the FirstOntario Performing Arts Centre were underwritten by joint federal, provincial, and municipal funds. And while the new spectator facility is a project wholly mortgaged by the city, alone, yet another multi-million dollar construction project – a brand new, mixed-use development, consisting of a LEED-standard parking garage and retail space – was recently constructed downtown with a combination of federal and city funds.

“So we’ve done that,” says Sendzik, referring to the completion of the major downtown building projects. “But there’s still a lot of work to go.” And key to St. Catharine’s continual rejuvenation, according to its mayor, is attracting the types of businesses that will employ the city’s next generation of workers, because bringing a younger demographic into the city is essential for any growth it may wish to achieve.

Sendzik explains: “We have a population that is older – well into its retirement years. What essentially happened is a majority of those who got out of manufacturing were bought out. They were close to retirement and were able to get bought out as part of either a closure or a downsizing. So, they stayed in the community. Where we’ve lost over the past 20 years is the out-migration of young people and families who went to other communities looking for careers that didn’t exist in our community. The replacement factor is the one where we have tripped up for the better part of the last 15-20 years.”

The good news is that the city’s rebranding has already begun to show results. “And so, only now, are we starting to see the young families moving back,” Sendzik relates, happily. “We’re getting a more diversified economy; we’ve got more IT in our community; we’ve got more knowledge-based businesses: bio-science, bio-medical, nutriceutical. They’re the ones that are now attracting the next generation of employment opportunities. We’ve turned the corner and we’ve got the momentum. The goal is to keep the momentum building.”
That momentum to which the mayor alludes is encapsulated in St. Catharine’s blueprint for its next phase of growth. “We’ve got a strategic plan that’s been approved for the next ten years that talks about where we need to invest our resources and energy,” he says. “It’s built on the four pillars of sustainability: environmental, cultural, social, and economic. And under each pillar it talks about how to strengthen our community and what we need to do to strengthen neighborhoods, how to create additional jobs, how to be open for business, and how we’re marketing ourself as a great city in North America.”

“So, we’re very much taking the leading edge,” Sendzik continues. “On the environmental side, we have a $50 million project that has been approved to build a hydro-station on one of our major rivers. That’s going to start construction in the next year, and that project, alone will generate additional revenues for the city, moving forward, that will be able to offset things like property tax increases.

“Our next major push is to get a GO Train (Ontario’s inter-regional transit system, linking Toronto to the greater Toronto area and beyond.) “We’ve been pushing for a GO Train connection for the better part of the last couple of years. We have a case in front of the provincial government and our goal is to secure that as a means to create the connection to employment markets that will allow people to live in our community and enjoy all the amenities that we have and, at the same time, be able to go and work somewhere else, then come back and raise a family.”
As St. Catharines continues on its path to becoming “one of the great cities in North America,” Mayor Sendzik is clear about his administration’s objectives. “Diversifying our economy is our focus; connectivity to neighboring economies is our focus. We realize that the future of the economy is the mobility of companies and of the workforce. If we can get people to and from different places of economic opportunity they will come back – because St. Catharines is a great place to live.”

St. Catharine’s Ontario. Riding a crest of innovation into the 21st century.

WHO: St. Catharines, Ontario
WHAT: A city of 130,000
WHERE: On the southeast shore of Lake Ontario
WEBSITE: www.stcatharines.ca 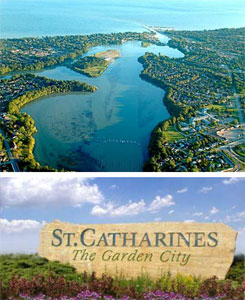