Anderson-Jenkins strives for expertise in its own niche.

Some homebuilders aim for territorial dominance. Others covet chart-blowing production.  And while those approaches are all well and good to Jeff Jenkins, the president of Anderson-Jenkins Signature Homes takes a significantly different tack when it comes to steering his own company.
Rather than trying to be all things to all people, he said, the key to nine years of Texas success for he and partner Shayne Anderson has been finding a market, understanding a market and servicing a market to the point where the tagline “Exceeding Your Expectations” is more reality than hyperbole.

In other words, map-driven imperialists need not apply.

“We’re kind of happy with the size company we are,” Jenkins said.

“We can still see all the houses on a regular basis and know what’s going on with everything. Once you start getting to that 70, 80, 100 houses (per year) level you really kind of lose control and become one of those big corporate builders that we were trying to model our business different than. We’re in our little niche and we like being here in the New Braunfels and the Kerrville markets. We’re pretty content to stay where we’re at and stay around the same numbers and just keep getting better.” 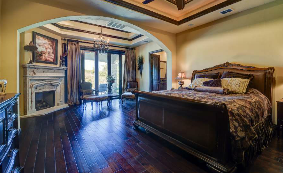 The seeds for that ambition were initially planted when Jenkins and Anderson were roommates at Texas Tech University who shared a common – if not precisely similar – industry background. Jenkins’ father ran a homebuilding company that worked in several markets over a 25-year stretch and gave the son a chance to get his feet wet on the business side of things, while Anderson’s initial experience came on the construction side and sprang from his stint as a builder with a national organization.

Following graduation, Anderson had climbed the ladder to become vice president of construction for a custom builder in New Braunfels – a city of 60,000 about 30 miles northeast of San Antonio – when an imminent change in that company’s leadership prompted him to give his fellow Red Raider a call.
“I was in the Dallas area and he called me and told me the guy who owned the company he was at was looking to get out of the homebuilding industry,” Jenkins said. “He told me we could pretty much just take over. I had a wife who was pregnant at the time and convinced her to move to the Hill Country, and off we went.”

The new operation’s main task as it grew, he said, was to take everything its leaders had learned during their time with mammoth homebuilding conglomerates, and simply strive toward the contrary – specifically as it related to the bait-and-switch techniques they’d seen employed in model homes.

“We really hated the games that the national builders we worked for played,” Jenkins said.

“They’d have model homes that were decorated with hundreds of thousands of options, and then they’d show the price to the customer with apartment-grade finish-out – never telling the customer what the house actually cost the way they saw it – and it just caused a lot of frustration.

“We decided to price our homes with the exact finish-out that we show in our models, so there are no surprises. What you see is what you get. If you like this house, I’m pricing this house to where you can recreate this level of finish. We just find that honesty and discussing what things actually cost up front is a lot better than trying to trick a customer, showing them a low price knowing it’s not what they want. Then they feel like you’re trying to reach into their wallet every step of the way.”

The business still runs with a relatively small staff at the New Braunfels headquarters, with a primary territory that also includes nearby Boerne and Kerrville – though the overall corporate reach extends for the length of the 80-mile Interstate 35 corridor that connects San Antonio and Austin.

Yearly building volume is between 20 and 30 houses, Jenkins said, and the client base is almost exclusively made up of retirees who are envisioning their final homes, with all the bells and whistles.

“They know what they want. They want the good stuff in their house – good appliances, good roof, good finish-out,” he said. “They know the Lexus costs more than the Camry. They get that. And they want to talk to the owners throughout the process. They don’t want to go to some national builder where some 22-year-old kid is learning how to build on their forever house.”

And while such clientele may be challenging in some respects, they’re also easier in others.

“They know what they want and they’ve got money to get what they want. They’re great,” Jenkins said. “Loans aren’t a problem. They’ve had four or five houses. They want a house with a nice finish-out. We try to accommodate that on the front end. We get an idea of what their budget and help them maximize designing a floor plan.”
A more pronounced lean toward energy efficiency is among the frequently repeated recent mandates from customers, which has prompted the company to include variable-speed air conditioners, open-cell spray foam insulation, tank-less water heaters and Energy Star-rated windows in all its base-model houses. A new community going up in Kerrville, in fact, will have solar shingles on all homes.

And, in terms of corporate efficiency, Jenkins said that while the company didn’t suffer the same depth of impact that others felt during the Great Recession period, it still 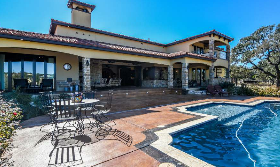 was forced to learn lessons about pricing and profit-management whose benefits are paying off on today’s margins.

Toward that end, Anderson-Jenkins is part of the 23-member Texas Custom Builders Guild – a regional component of CBUSA – which creates collective commodities purchasing power on the level of major national builders, while its local members are still able to run their businesses on a personalized scale.

“Everybody was clawing to keep the ball rolling,” Jenkins said. “Now things are coming back and prices are coming back. We were able to re-circle the wagons and make sure that we were buying materials correctly and running our company as efficiently as we could. It was a good education.”

The quest for more learning continues frequently in New Braunfels.

Jenkins said he, Anderson and their collective teams sit down together after every batch of three or four houses – usually every eight to 10 months – to assess company processes and timelines and examine all other aspects of the business, with an eye toward maintaining their intelligent progress.

“We look at where we picked up time, where we lost time, what’s working, what’s not,” he said. “We’re always striving to be more effective homebuilders. I focus 100 percent on the business aspects of things, and Shayne knows a lot more about building houses than I do. If we both were experts in the same thing, we probably wouldn’t be very good business partners.”

Destination Living – From creative designs to... 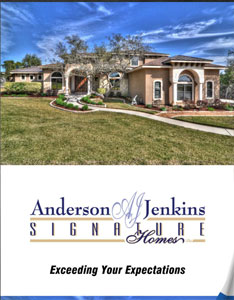