The Aircraft Owners & Pilots Association – Your freedom to fly

In 1939, when the Aircraft Owners & Pilots Association (AOPA) was founded in Wings Field, just outside of Philadelphia, by five intrepid aviators who were concerned about their “freedom to fly,” there were only about 12 or 13 thousand private airplanes in the U.S. and a little over 30,000 pilots. Today, with over 200,000 general aviation airplanes in the country, and about 300,000 members, AOPA is the world’s largest community of aviation enthusiasts, representing more than two thirds of the country’s general aviation pilots – those who fly non-airline or non-military-based aircraft. 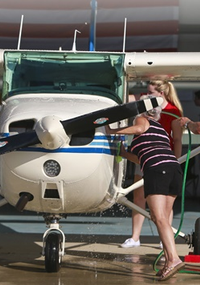 Although it has increased in size over the years, “it has stayed true to its original concept, and is just as relevant today,” says AOPA President & CEO, Mark Baker. Today, the Association, based in Frederick, Maryland, has about 250 employees. Its mission in protecting the freedom to fly still includes: advocating with federal and state governments and agencies on behalf of its members; educating pilots, non-pilots, and policy makers, alike; supporting activities that ensure the long-term health of general aviation; and fighting to keep general aviation accessible to all.

Membership in AOPA has many benefits. One is its Pilot Information Center, where people can get expert information from a group of skilled pilots, medical certification specialists, and flight instructors, on such topics as: international flight guidance, pilot and aviation-related topics, aircraft ownership and insurance, and legal and medical issues. Every year, the specialists at the Pilot Information Center respond to more than 200,000 member questions via phone calls, emails, online chat, and letters.

Another benefit is AOPA’s Pilot Protection Services, which is comprised of a Legal Services Plan and Medical Certification Services. “We offer legal services in case somebody has a legal issue,” says Baker. “We have about 4,500 calls coming in, every year, related to Pilot Protection Services. Someone going astray and violating some airspace is a typical one. They can call here and get referred to an attorney who will give them several hours of consultation that will help them navigate through that process.” The Legal Services Plan also advises on aircraft sales and title matters, as well as aircraft accidents. Medical Certification Services includes advice about medical exams, and reviews of members’ FAA (Federal Aviation Administration) medical applications and documents before submission to help avoid problems and delays.

Government advocacy, according to Baker, is also “a very significant part of member value; it’s the best representation on general aviation advocacy issues as they relate to the state and federal levels,” he declares. “We have an office in D.C. and regional managers around the country. The advocacy group in D.C. is about a dozen folks who work on government affairs. We have seven regional offices that work with the state houses on sales tax issues, and regulatory issues that are pertinent by state.”

According to Baker, a recent exercise in federal advocacy proved successful when AOPA turned out its members in force to oppose congressional attempts to privatize the nation’s air traffic control system. “ATC privatization has been on the radar screen for a number of years and it popped up last summer, led by House Transportation and Infrastructure Committee Chairman, Bill Shuster,” Baker recounts. “We rallied our members and fought hard against what we saw as a grab by a part of the airlines to manage air traffic control. We had over 200,000 of our members write or call their representatives and senators. And it worked. In late February, Shuster pulled the bill from consideration because of lack of support in the House.”

“Another big win is called Basic Med,” Baker continues, “which was implemented last May. It expedites the way in which private pilots can get their medical compliance done. It’s much simpler and it lowers the cost for folks who may have had a special issuance – a medication or surgery in the past. That was very successful – we’ve now got 29,000 pilots using that.”

Of course, AOPA is not always in an adversarial position vis à vis the federal government. In fact, it works closely with a number of federal agencies, the FAA being number one. “We work with them on regulatory issues, licensing issues, on standards as they relate to new equipment on older aircraft, air space issues. We have a very productive relationship, there,” Baker relates. “We work with the NTSB (National Transportation Safety Board) on how we can make general aviation as safe as it can possibly be. We also work with CBP – the Customs and Border Patrol – as it relates to border crossing of general aviation aircraft.”

On a local level, Baker reports some progress with 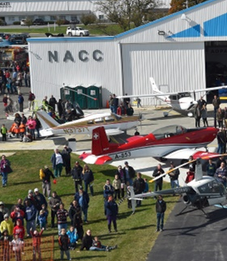 the small number of general aviation airports where ramp access is controlled by FBOs that charge excessive fees, or “egregious pricing,” as he calls it. “We’ve had over a thousand complaints the last few months that affect the owner/operator pilots. The airport sponsor – the city, the community – is responsible to make sure there is fair, non-discriminatory, and reasonable pricing. And we’ve seen a number of responses from the airports saying they will fix this.”

Another important part of AOPA is “You Can Fly,” an umbrella program that works to make flying more accessible and affordable. It supports flying clubs; encourages best practices in flight training; gets lapsed or “rusty” pilots back in the air; brings resources and expertise to pilot groups across the country; and helps high school students learn more about careers in aviation. You Can Fly is funded solely by the AOPA Foundation, the philanthropic arm of AOPA.

“The ‘You Can Fly’ initiative is about creating a pathway for young people from the time they get inspired to fly, and to create access to Flying Clubs where several people may share one aircraft to keep costs down,” says Baker. “We’ve got over 800 flying clubs in our network, and we’ve created 30 brand new ones last year, alone.”

Baker also talks about the need to drive young people into careers in aviation: “Boeing says that in the next 20 years, we’ll need two million people as commercial airline pilots, maintenance technicians, and cabin crews just to support the airline growth that they see between now and 2038. So, there’s never been a better time: over 600,000 of those folks will be pilots. It’s a huge opportunity.”

As part of that effort, AOPA, with the support of Foundation donors, created the “You Can Fly Academy,” one part of which is the development of a high school aviation STEM (Science, Technology, Engineering, and Mathematics) curriculum. “Our ninth grade STEM curriculum is now being tested in 29 high schools,” Baker reports. “A tenth grade curriculum will roll out in a test phase in the fall of 2018. We also do a high school educators’ symposium once a year, where we bring together educators from around the country and discuss how we can continue to grow the high school STEM/Aviation curriculum.” When finally complete, the AOPA STEM aviation program will be the first of its kind, offering students comprehensive four-year aviation study options that are aligned to rigorous math and science standards used in many states nationwide.

Another Foundation-supported program is AOPA’s “Air Safety Institute,” which produces free programs, reports, online courses, podcasts, live seminars, and videos that cover the spectrum of aviation safety education. “AOPA has been recognized, worldwide, as the largest purveyor of safety information for general aviation,” Baker states. “And general aviation has gotten better every year for the last 8 to 10 years, reaching a new high watermark in 2017, as ranked by the number of accidents per hundred thousand hours flown.”

Going forward, Baker says that AOPA will continue in its mission to create effective, cost-efficient access to general aviation aircraft, support airports so that they don’t become obsolete or bad neighbors, and support aircraft safety initiatives that save lives and machines. “Protecting the aviator; protecting the airport; protecting the airplane – those are three things in which we play a major role,” he affirms. “And seeing that the general public continues to be excited by aviation and continues to use what has been built in the U.S., which is unique. You can travel for fun; you can travel for business, anywhere in this country.”

“And if you’re an aviator, you need to be a member of AOPA,” he adds. “The value for what you get in terms of protecting your freedom to fly is very significant.”

WHO: The Aircraft Owners & Pilots Association
WHAT: A membership association of general aviation pilots
WHERE: Frederick, Maryland
WEBSITE: www.aopa.org 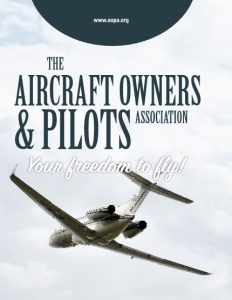